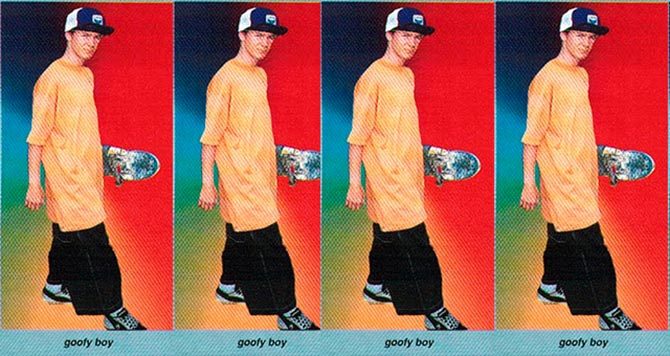 If you were alive and old enough to engage with pop culture during the 1990s, you know that much of what transpired in the post-Reagan era never needs to resurface. It was a time of overly-baggy pants, bleached tips, and worst of all, upside down visors.

Like all bygone eras, the world’s youth eventually grasps onto them and desperately tries to make them relevant again, which we are now seeing with 1990s-era nostalgia. Show up at any snowboard or skateboard park in the world and you’re likely to see teens emulating your favorite ’90s board-sport icons.

Like any fashion faux pas of the decade that doesn’t need reviving, there are a number of brands that surfaced in that decade that seemed to appear out of nowhere, grasping at an exploding youth lifestyle market, and then as quickly as they came, went crawling back into whatever weird, dark crevasse they’d emerged from, never to be heard from again.

While the 1990s saw many brands that were culturally relevant and are still favored by long time snowboarders like Joy Ride, Atlantis, DUB, and Type A, there were a number of labels that were laid to rest and don’t need resurrection. Here are three that went the way of the pager, and with any luck will stay out of snowboarding’s collective conscious forever:

I could be remembering this wrong as there has been a lot of illicit drug use between 1992 and now, and there isn’t any information about Ballz Jeans online, but Ballz were essentially snowboarding’s version of the infamous Blind jeans. In every issue of Snowboarder there was an advert that would sell you a pair of Ballz Jeans for $99.00. In the day and age of hacked-off high backs, t-bolts, and chain wallets, owning a pair of Ballz was a high priority for a degenerate 12-year-old from the Midwest.

After annoying my parents with methodical persistence they finally caved and agreed to buy their poorly-behaved teen a pair of pants called Ballz, god bless them. When they arrived they were so large that I could have easily fit my entire torso in each leg, which in 1992 or 1993 meant they were perfect. I strapped on a chain wallet, threw on my grungiest mechanics shirt, and jammed a stolen pack of Marb lights into the pocket. I was ready to ride.

As can be expected for a pair of stupidly-baggy and rigid water-resistant jeans they were uncomfortable and not exactly performance orientated. However, I looked cool and this was evident in the way my new Ballz were catching the attention of the young ladies at my local ski hill. I was making eye contact with one particular beautiful snow bunny when I went to get off the lift and I felt myself come to a sudden stop as my chain wallet caught on the chair and proceeded to drag me around the corner and into the automatic stop gate, which halted the chair as I was suspended from it, dangling about four feet above the ground.

It ended with me looking like an idiot and while nothing on my body was bruised, my ego certainly took a beating. Ballz proved to have some incredibly-strong belt loops. But there’s no need to revive one of the most ‘90s brands of them all. 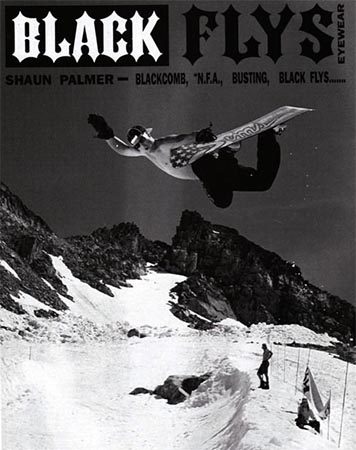 Black Flys might still make sunglasses for meth-riddled teenagers, but thankfully they haven’t been involved in snowboarding for the better part of two decades. Black Flys was the epitome of terrible ‘90s-era fashion. Loved by everyone from Shaun Palmer to your redneck uncle that drives a lifted pickup truck and thinks that everclear is a social drink. Black Flys screams arrested development with a side of felony conviction.

While Black Flys only made snowboard goggles for a short time they were popularized by maniacs like Palmer and the type of kids who would light their own hair on fire at a party to try and fit in. Synonymous with barbed wire tattoos, botched boob jobs, and Dog the Bounty Hunter types, Black Flys luckily excited the snowboard market before they blew all of their money financing Palmer’s antics. 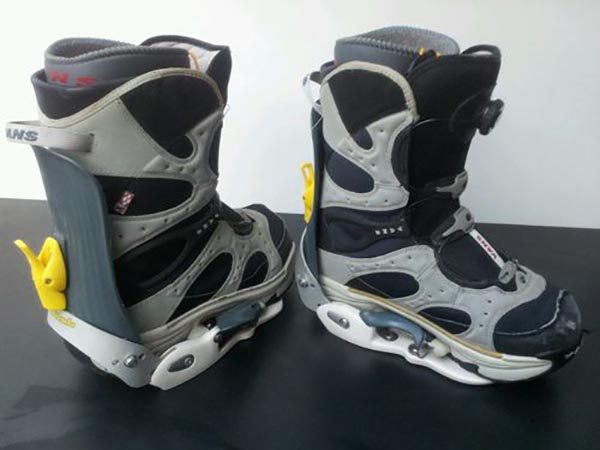 Hopefully, Burton’s step-in bindings are an improvement on the Switch.

Not even Marc Frank Montoya could make step-ins cool, and Burton’s recent attempt to repopularize the already-dead design had the majority of snowboarders who were around during the step-in era letting out a giant cynical sigh (although we hear Burton may have solved the puzzle).

Switch was one of the many brands that tried to capitalize on snowboarders being too lazy to bend down and strap in their bindings and like most stepin bindings systems eventually went the way of the other senseless snowboard inventions like the leash and fins.

Switch Bindings at least had the good sense to include a high back, but like almost every step-in binding created in the 90’s eventually got lost in a vast sea of irrelevance. Ugly, poorly designed, and not that much faster than traditional bindings makes Switch Bindings one brand we are happy to have seen die a quick and mostly painless death.