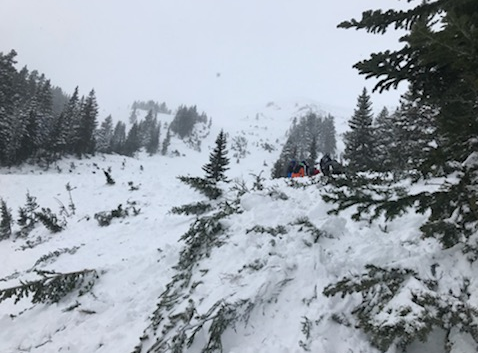 The avalanche apparently struck around 2 p.m., according to reports. Berg was among a group of at least 14 skiers and riders. He was taking pictures of the guided clients when there was reportedly a, “whoosh” sound and Berg was enveloped by an avalanche that was at least 800 feet wide, according to the Denver Post. “That is huge. It’s like being hit by a train,” said Clear Creek County Undersheriff Bruce Snelling. “It sweeps down boulders and huge trees.”

Berg was wearing a transceiver and was uncovered by his co-workers within 10 minutes. He was reportedly coherent and treated for a severely broken leg but things apparently took a turn for the worse and Berg was pronounced dead around 7 p.m. at a hospital. Snelling said that aside from his leg, Berg had also received fatal internal injuries including “punctures to his heart.”

Berg’s was the second avalanche death this week in Colorado and the seventh in the state this winter. 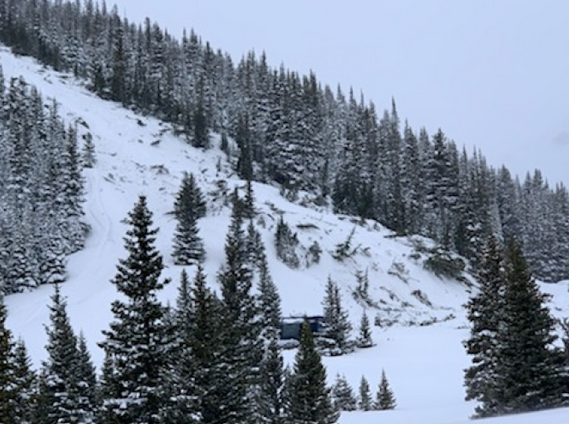 A more pulled out view of the slide path. Photo: CAIC

The official cause of the avalanche hasn’t been determined but Powder Addiction, the snowcat company, said on its Facebook page that recreational skiers, who weren’t in the group, had knocked the slide down on the snowcat company. “Reports confirm that he was caught in a large avalanche that was set off by two recreational – non guided skiers, that skied out and onto a loaded slope far above the Powder Addiction group,” the post read.

The accident comes during historically dangerous avalanche conditions, according to the Colorado Avalanche Information Center. Slides covered a portion of I-70 this week, breaking away in places that reportedly hadn’t seen avalanches in years.