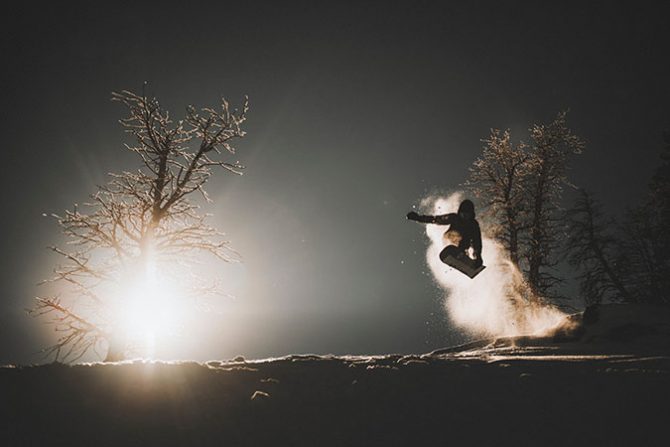 “It’s kind of funny, I don’t really want to talk about Powder Mountain. It’s such a rad place I don’t want it to blow up.” ­– Dave Downing, Burton Snowboards

Downing’s opening line would definitely encompass the thoughts of a lot of Powder Mountain locals who’ve discovered the rad little ski resort to the east of Ogden, Utah. Soft Wasatch powder and sneaky-big fall lines that pour away from the mountain’s nine lifts.

And what’s more, the vibe is as good as it gets, says Downing, who started riding Powder Mountain in 1995 when he was living in Salt Lake City, grinding away as a pro snowboarder. “The first time I went there was with Johan Olofsson,” Downing said. “The place was awesome.

Powder Mountain is just east of a little town called Eden, and west of Paradise—fitting—and it could almost be described as sleepy. But maybe it’s just forgotten at times thanks to all the hype that comes with bigger resorts on the other side of SLC. Powder has nearly 3,500 feet of vertical drop, and James Peak, its highest point is just under 10,000, so the snow is super light. Plus it’s surprisingly big. Like, literally bigger than anywhere else in North America with 8,464 skiable acres. 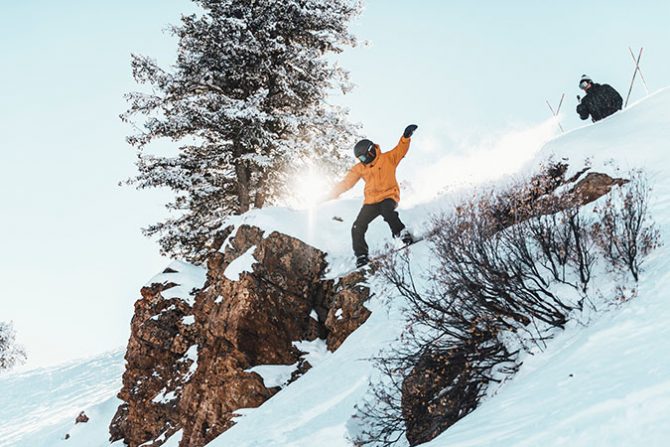 Downing made a name for himself filming in the hotbeds of Salt Lake and Lake Tahoe, California. These days, the legend who once filmed an entire snowboard part on a splitboard just to show it could be done, is still in the industry as a sales executive with Burton. And he no longer travels solo.

The Encinitas, California native could easily hop a one-hour flight from Orange County or LAX to Salt Lake and then drive the 60 minutes to Powder Mountain. Instead, he travels with the whole family, his two teenage boys and wife, Shannon Dunn-Downing, a successful pro in her own right. “We load up the truck and it’s five hours to Vegas,” he said. “We eat lunch and it’s another four to Salt Lake. It’s pretty basic.”

That’s when the ski resort clock gets turned back: Powder Mountain caps its season passes at 3,000 per year and daily lift tickets to 1,500 to ensure uncrowded slopes. “We had two killer days there over Christmas break and while I was there I had a friend texting me from Mammoth telling me he couldn’t snowboard, it was too crazy crowded,” he said. “Powder Mountain is like an older ski resort. It’s not Vail or Aspen with lift tickets that cost $300. The vibe of the place is pretty mellow. It’s inexpensive and just a really fun place to ride.”

Editor’s Note: This feature was made possible by Powder Mountain.