Set of Storms to Bring Feet of Snow to the Western U.S. 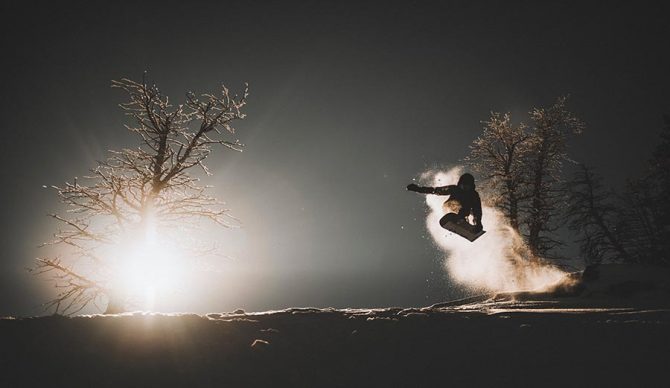 Utah should see plenty of snow too. Photo: Powder Mountain

That’s one way to start the season. And it’s just the way most of us envision it. Forecasters are calling for a series of storms in the Western U.S. that could dump multiple feet of snow in the high country, signaling a start to ski season with an atmospheric river-like pattern.

The first part of the storm moved through Northern California, Oregon, Washington and Utah early this week. Places like Oregon’s Mt. Bachelor reported 10 inches, Palisades Tahoe with eight inches and more on the way, Montana’s Big Sky got five inches and snowing, and Mammoth received six inches. This is all in the first wave of storms. The second is soon to follow. 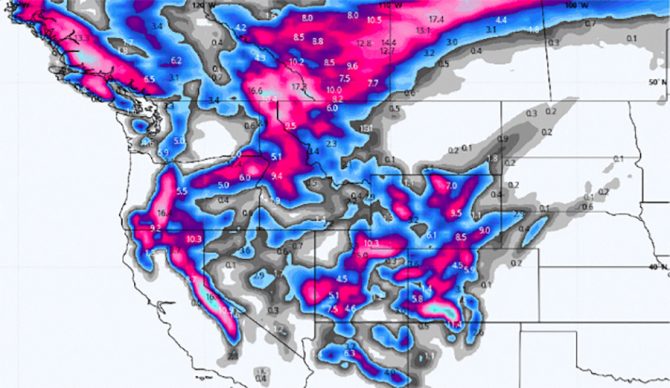 It could get deep.

“Just as things are wrapping up with the first storm, a second storm will begin overnight between Thursday and Friday in the Pacific Northwest,” wrote Powderchasers. “Forecasting specifics for a storm this far out is futile, but things are looking promising for the next storm to be even colder and bring lower snow levels. This pattern spells deep powder for the Cascades, Montana, Wyoming, and northern Colorado. It’s unclear whether this system will dig far enough south to bring significant precipitation to California, Utah, and southern Colorado.”

This storm isn’t predicted to finish until around November 7 after bringing cold temperatures and plenty of powder to the northern reaches of the Western U.S. and Canada. The Washington Post reported on the emerging weather pattern yesterday, calling for cold in the West, and unfortunately, warm weather in the East. The publication also called for up to 18 inches in the Sierra during this pattern.