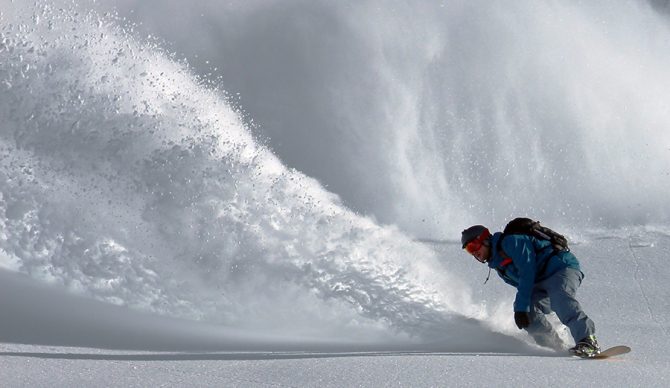 According to the good people at PowderChasers.com, a series of storms is set to dump feet of snow all over the West in the coming week(s). According to the site that tracks storms specific to skiers and riders, Southern Colorado has already received up to 14 inches in places with Southern Utah getting up to 16 inches.

The next storm is scheduled to hit big Wednesday, dumping two to four feet in the Cascades of Oregon, Washington, and British Columbia.  “The last chair Wednesday should see 9-15 inches at many resorts favoring the northern Cascades,” reads the site’s most recent report. The storm’s initial punch will see quite heavy snow with temperatures set to drop into the weekend for the Pacific Northwest and Northern Idaho, which could get, “one to two feet of snowfall totals by Sunday morning above 3,500 feet.”

For the Sierra Nevada, the meat of the storm cycle is setting up for the first week of the New Year, where atmospheric river conditions are likely. “The Jet Stream next week (January 5 and beyond) will finally slide south bringing a long period of storminess to the west,” reads the Powder Chasers report. “There are signals of an atmospheric river setting up over the Sierra. Significant snowfall may accompany this period as storms transition from the PNW, Sierra, and a good portion of the Rockies. It’s possible that we see several 1-2 foot events in many areas next week! We are going to start 2021 with a bang! Many resorts in the west may be celebrating.”