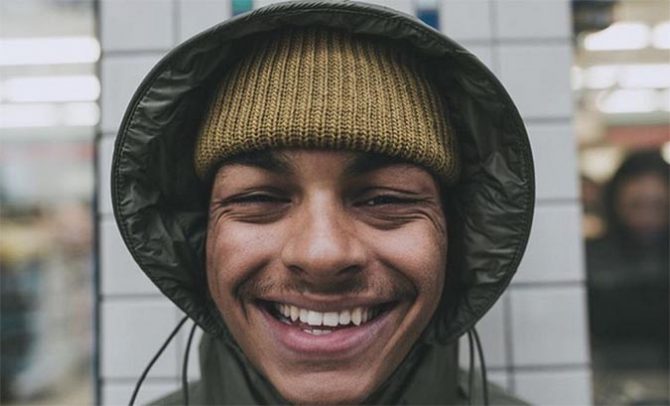 Dillon’s death this summer has rocked the industry as his infectious personality and style left an indelible mark. Photo: Vans Snow

There’s a saying when bad things happen to good people: “Life isn’t fair.” And that saying would seem especially true considering the void left when Dillon Ojo made a tragically-early departure from this world two weeks ago. It’s something we all feel when a shining star burns out far too soon.

Dillon wasn’t your stereotypical snowboarder dude. Growing up in Montreal, Quebec, far from the big mountain lines of the West, he used the urban environment to define his style that is now forever etched among the upper ranks of street-style snowboarding. His raw talent blossomed early as he made his mark on the contest circuit at only 16 when he took down the pro division of the Ride Shakedown, a unique, athlete-driven contest that combines slopestyle with rail setups hosted by Mont Saint-Sauveur in Quebec. Within a few seasons he had bypassed the traditional pro route of bright lights and contests to focus on filming, and in just a few short years produced one banger part after another in snowboard vids such as Vans’ Landline, The Snowboarder Movie, and Bang’ A Rang, films that have managed to become modern classics.

And then, just like that… he was gone. The circumstances and suddenness of his death shocked the industry. He reportedly fell three stories while climbing a ladder on a building on St-Dominique Street in the Plateau Mont-Royal borough of Montreal, late at night while out on the town. It was an extremely random accident. An antic similar to one I’ve gotten away with before myself. In fact, most of us who make it through our twenties probably have done something similar. Was it unfair? One could argue that when you increase your own risk then you can’t claim life dealt you a bad hand. But, perhaps what’s truly unfair is how many times most of us have been lucky in similar situations. And reportedly, plenty of people have climbed that same ladder before.

As much as it would be nice to mention Dillon’s life without bringing up race, ’tis the times we live in. It’s no secret revelation that our society is mired with problems related to skin color. As a young black kid in a primarily suburban white-boy scene, Dillon’s rise to the top was definitely inspiring. Without trying, he was a role model for kids of color who might have been intimidated by a racially homogeneous discipline such as snowboarding. But whatever your background, when his face appeared on posters and magazines, it undoubtedly inspired hordes of new youth.

That powerfully-positive personality and talent caught the eye of Vans early on. Kevin Casillo, the company’s global marketing manager for snow, shared a bit of insight with us:

Dillon was someone who always stood out from the crowd. The way he approached things, people and life. The stories from the road of Dillon are nothing short of amazing. He brought such good energy into every situation and would make the crew laugh 24 hours a day. I think it’s safe to say that I speak for everyone when I say we all feel blessed and beyond grateful to have gotten to spend so much time with Dillon – he made us all better people.

Thank you Dillon, for changing all of our lives, thank you for making snowboarding look beautiful and thank you for always smiling with your eyes. I would also like to send my deepest love to Dillon’s family and friends, what an incredible young man you raised. We love you Dillon, forever.

This news is still so hard to believe.. Dillon is one of the toughest people to strap into a board and his charismatic style is of rare form. He brought so much influence into snowboarding and we owe him a great deal for all he’s done. This is a very sad time for the snowboard community. All the love to Dillon’s family and all of the people who he shared experiences with. Say Amen 🙏 @dildojo #dillonojo

His passing is unfortunate, untimely, and heart-wrenching. So it begs the question: Would you rather have a short life lived to the max, bringing joy to those all around you; or a long life lived into old age devoid of influence?

I know which one I would choose. When I think of the legacy Dillon leaves behind, it’s one of passion. Not just for snowboarding, but for infiltrating a scene and leaving his mark in a positive way, one that elevated the spirits of those he came in contact with. And yes, in his snowboarding too: A fluid style that oozed passion. The best athletes are the ones who make the groms at home say, “Hey, maybe I can do that, too?”

Snowboarding has had many different variations and iterations over its relatively short history. First were the punk-rock outlaws of the 1980s, who set the stage for a counterculture movement. Then came the hip-hoppers and show-stoppers of the 1990s as we saw the sport’s rise to the mainstream and into suburban malls. The Shaun White Olympic-Hollywood era followed, where snowboarders became celebrities, even to those who’ve never strapped in.

But then the sport saw a bit of a downturn, as skiing became cool again and the Travis Rice-era of big-mountain riding became unattainable to the average kid. Maybe Dillon helped adjust snowboarding’s bearings a little: he showed that snowboarding doesn’t have to be edgy or over-the-top – but simply about finding joy in the sport with a hunger for fun while continually searching for new ways to express that fun through one’s athleticism.