The Backcountry Safety Kit: A Shovel, Probe and Avalanche Transceiver Could Save Your Life 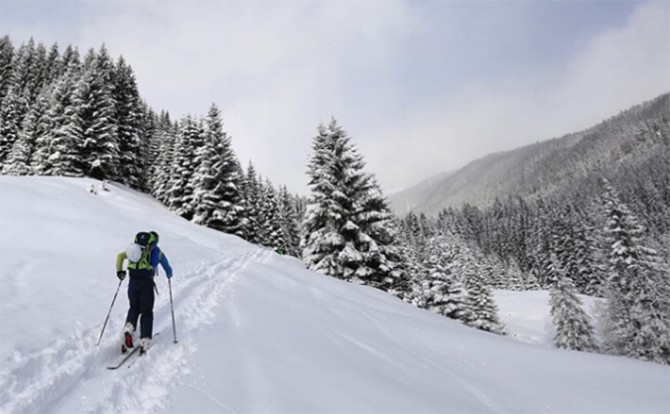 There’s nothing scarier than being unprepared in the backcountry. Nobody ever wants anything to go wrong, but when it does, be prepared. Here’s four items that will up your chances of survival in case of an avalanche emergency. Protect yourself.

It’s something you never want to have to use in the mountains. But it’s absolutely necessary. The Ortovox 3 + is fully digital, the latest in avalanche rescue technology. The display screen shows all victims within the slide area including direction, distance and number of people as it works hand in hand with the search acoustics. The Ortovox 3+ handles multiple burials, allowing to switch off the first victim once found with a touch of the button, moving on to the next. Again, this isn’t a piece of equipment you want to use. Know the conditions. When in doubt, ride less steep, more protected slopes and just have fun.

The Beast is a lightweight aluminum shovel with an ergonomic grip that can more than carry its weight—awesome for situations where powerful lifting is key. But even if you’re not in emergency mode, the shovel is always important to have in your pack in the backcountry. Building a bench at lunchtime or even a snow cave if you’re spending a night out, the shovel isn’t just for digging out avalanche victims, even though that’s what it’s there for. Because you never know when your Subie will get stuck in the parking lot. 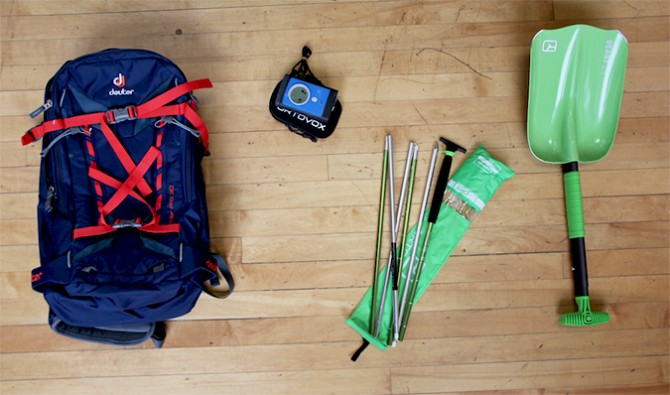 Yes, the probe can be used for searching out victims. But the Ortovox 240 Light PFA is also an important tool in measuring snow depth and density to make real-time avalanche predictions when you’re out in the field (up to 7.87 feet or 240 cm). The Dyneema draw line allows you to throw the probes separate poles out in front of you, pull the draw line and create a bomb-proof probe in seconds, when seconds count. Simply release the top cap to break down the probe and re-pack.

The Freerider Pro 30 from Deuter is an extremely hardy pack for day trips or extended sidecountry journeys. Thirty liters is ample room, especially with specific pockets for shovel and probe leaving plenty of space for water bottles extra coats, lunch and even an emergency bivy. And the straps allow you to keep a snowboard or skis attached to the pack without having to remove them to access the main compartment. Comfy padding lines the straps and back of the pack that insures it doesn’t rub you the wrong way.

For listings of avalanche forecasting in your area, go to Avalanche.org