The Illusion of Safety: After Several Inbounds Avalanche Deaths, Are Resorts Still Safe? 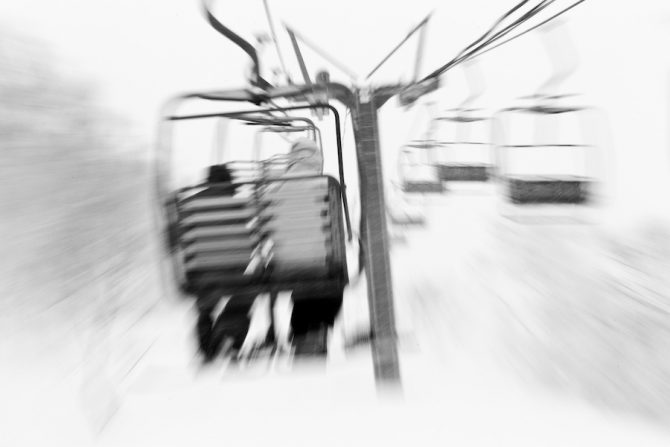 Yes, it’s still safe to ride lifts. But it counts to be avy aware no matter where you’re at. Photo: Andrew Miller

The other day, while teaching an avalanche rescue course, I mentioned to the group that I wear a beacon inbounds on days when the avalanche risk is elevated. A few people in the group seemed baffled and looked at me, confused: “Why would you need to wear a beacon inbounds,  it’s controlled, right?” one person said. Yes, ski areas are controlled but the truth is skiing and snowboarding is risky and so are avalanches – even when in an inbounds scenario.

The 2020 avalanche season, especially for ski resorts, got off to a rough start with two inbounds slides taking the lives of 4 people in two separate instances (one at Alpine Meadows in California, the other at Idaho’s Silver Mountain). This comes after an inbounds avalanche killed two last year at New Mexico’s Taos. Whilst ski areas are seen by the public as being relatively safe places, the question that could be posed is what are the chances of getting buried in an inbounds slide and is the public still safe at resorts with avalanche terrain? The answer, of course, can be fickle with no real clear consensus. Inbounds avalanches are, without a doubt, still a rare occurrence and the specifics fluctuate. So don’t be paranoid. But maybe think about your surroundings and the fact you are in the mountains. As a skier or rider there are ways to be more alert and tips to staying safe. Of course simply understanding that skiing or snowboarding is a risk in itself is a good place to start.

“Of all of the avalanche fatalities occurring in the U.S. only three percent occur inbounds,” says David Byrd, Director of Risk and Regulatory Affairs at the National Ski Areas Association (NSAA). “If you look at the number of deaths from tree wells and deep snow immersion they account for 10-15 percent of all inbounds fatalities at ski resorts.”

Resorts have a lot on their collective plates as far as making the pursuit safe for communities  – atop the list is avalanche mitigation. In this regard there is an arsenal of resources resorts and patrollers use from Howitzers (a short gun used to fire artillery rounds) to Gazex technology (fixed remote avalanche system) to ski cuts and hand charges. Controlling all the terrain on big snow days puts a lot of pressure on Ski Patrol teams trying to manage areas before resorts opens up. 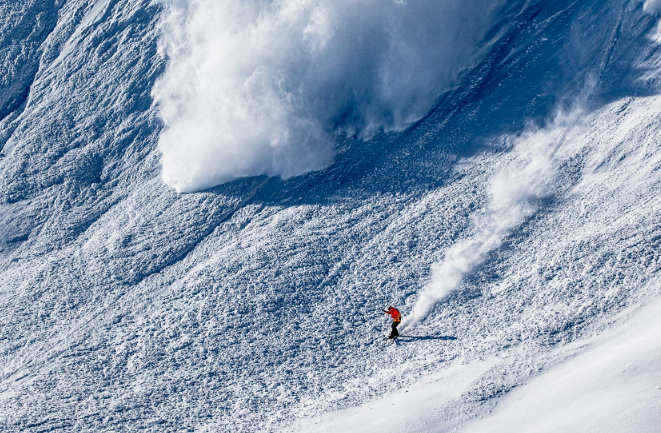 “Most of the resorts around the country (especially the big ones) know what they’re doing, with programs that have been around a long time and are constantly evolving and trying to improve to provide a good product for people….and that is hard,” says Dr. Ethan Greene, Director of the Colorado Avalanche Information Center (CAIC). “We are expecting them to take a natural environment and reduce the risk – which they do quite well if you look at the number of accidents versus skier days.”

However, if you spend a good amount of time in nature you also begin to understand how unpredictable mother nature can be – even in a controlled setting. Dr. Greene points out there is no way to reduce the risk to zero and that there will always be some sort of residual risk when riding or skiing inbounds.

“While the risk of getting caught in an avalanche in a ski area is pretty low, there are things people can do to reduce their chance of being involved in an accident,” says Dr. Greene. He says that being a little avalanche savvy can go a longways. Things like understanding how avalanches work and where they are likely to occur can be helpful as well as knowing how to be searchable in the case of an accident. “Having some sort of device that allows ski patrol to find you in an event of an accident – a beacon or Recco reflector on clothing can be super beneficial,” says Greene.

In other words, be aware of your surroundings, and that can help you avoid tree well and other accidents as, too. Keep your head on a swivel, so to say.

There’s also fantastic online resources. Programs like the Utah Avalanche Center (UAC) have created Know Before You Go (KBYG) to inform the public of the risk of stepping into avalanche terrain or areas that are not mitigated. Programs like the BRASS Foundation, started after an off-piste avalanche in Austria took the lives of U.S. Ski Team athletes Ronnie Berlack and Bryce Astle in 2015, aim to evolve snow safety systems and advocate for avalanche education.

“The assumption at ski resorts can often be that everything is safe,” says BRASS spokesman, Tom Kelly, “for the most part it is…but as the evidence of accidents inbounds this year and last as well as in the sidecountry burials, it is clear that the public is impacted by this.”

Kelly points out that the foundation is working together with the NSAA to try and spread the message of avalanche awareness to skiers and snowboarders around the country.

“If we can use the tragedy of this accident (and others) as a catalyst for people to learn and save some lives, that is ultimately what we want to do,” says Kelly.

There is a 2% chance that someone will die in an avalanche during High danger in Colorado. Compare that to a 0.5% chance of a fatal avalanche accident during a Considerable danger. The probability of a fatal accident occurring increases dramatically with higher danger ratings. Probability is the likelihood of an event occurring. In recent years, the CAIC issued High danger on just 3% of days, but 20% of avalanche fatalities occurred on those days. The avalanche danger was Moderate or Considerable on almost 80% of days. In Colorado, the majority of avalanche accidents occur at a Moderate (Level 2 of 5) or Considerable (Level 3 of 5) avalanche danger. In recent years, 40% of avalanche fatalities occurred when the danger was Moderate, 40% when the danger was Considerable, and 20% when the danger was High (Level 4 of 5). Non-fatal avalanche involvements skew towards lower danger ratings, suggesting people are caught in lower-consequence avalanches at lower danger ratings. You can dig into the data and analysis here: http://arc.lib.montana.edu/snow-science/objects/ISSW2018_P11.7.pdf This will be a very dangerous weekend for avalanches. There is potential for a tragic avalanche accident in the backcountry. It will be easy for you to trigger dangerous avalanches. You can trigger avalanches from a distance or from below steep slopes. These avalanches will be large enough to bury and kill you. The avalanches are getting larger and easier to trigger as the snow accumulates. There will be fewer and fewer areas where you can safely avoid avalanches. Give yourself a wide margin of safety while you are enjoying this weekend’s snow. Photo: Doug Evans submitted this photo of a large avalanche triggered by a backcountry tourer near Berthoud Pass on December 11, 2019. #COAvalancheInfo #GetTheForecast

Some resorts such as Bridger Bowl require an avalanche beacon for areas like the Schlasman’s Lift, which is a combination of both inbounds and out-of-bounds terrain. Whereas many ski resorts around the country have gates with warning signs and sometimes even stationed patrollers checking beacons as people leave the resort.

“Exit gates are there to help people realize they are heading into an area that is not mitigated or controlled,” say Byrd, “it makes it real to the public that the risk is significant when you leave to go out of bounds.”

Next time you head to the resort or think of dipping into the side or backcountry, maybe take a couple of minutes to read the avalanche report on your phone or consider the terrain you’re riding. Because, seriously, it just might make that much of a difference.

Editor’s Note: Trevor Husted is a snowboarder, backcountry guide, and writer. He’s also a longtime contributor to The Inertia.