Calling All Female Adventure Filmmakers! The North Face Wants to Give You $25,000 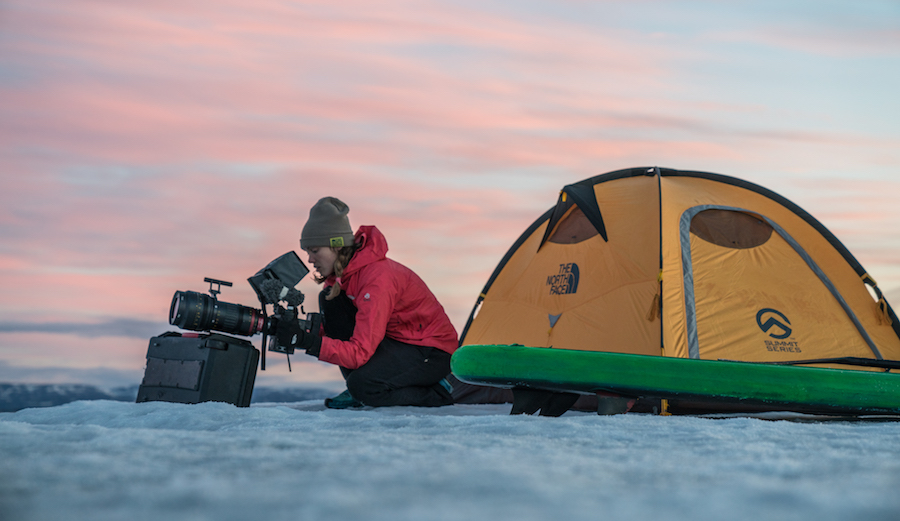 For all the amazingly creative and badass female filmmakers we’ve had the pleasure of featuring and working with here at The Inertia, it’s still an unfortunate truth that the number of women directors pales in comparison to the number of men behind the lens. Of the top-grossing films in 2018, eight percent were directed by women, which is actually down from 11 percent in 2017, even in the midst of 2018 being declared the second “Year of the Woman.”

In the spirit of parity and to do its part in the fight against a backslide in filmmaking, though, The North Face announced on Tuesday the opening of its inaugural Move Mountains Filmmakers Grant – an effort designed to support budding female adventure filmmakers financially and with mentorship.

Here are the details: four women directors will be chosen to receive a $25,000 grant to create a 4-7 minute film and 30-second trailer that “shares their unique expression of the explorer’s mindset.” Grantees will also be provided mentorship opportunities throughout the process – The North Face’s list of mentors includes Eloise King among other well-known women in the industry.

The women selected will also be given the opportunity to attend and speak at the inaugural Women Under the Influence (WUTI) festival in September in Idyllwild, California, as well as networking and speaking opportunities at the 2020 Mountain Film Festival, of which The North Face is the title sponsor.