There Is No “Sidecountry”; It’s All Backcountry Riding 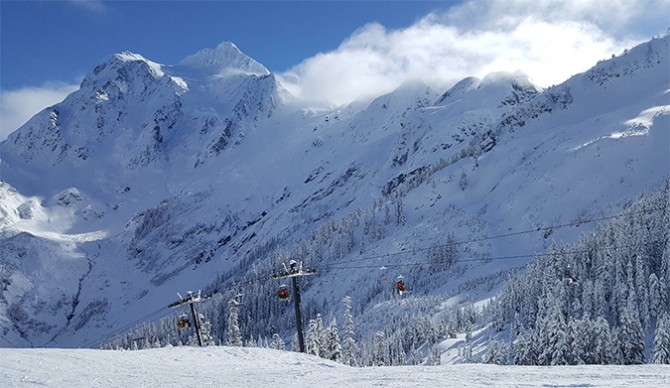 The Mount Baker Ski Area actually sits on neighboring Mt. Shuksan, an ominous behemoth of such aesthetic wonder that it has an almost mythical feel. The towering jagged face that rises above the valley has a very taunting allure, both equally beautiful and horrifying at the same time.  Connecting the peak of Shuksan to the ski resort is the Shuksan Arm, or more commonly referred to as simply “The Arm.”

From the top of chair 8, it’s a short 20 minute hike to access The Arm. From there the options for classic descents are virtually unlimited. It is possible to get good snow over a week after the last snowfall. Yet last weekend, after over a foot of fresh snow dropped on the resort the night before, a few people wanted to get the snow immediately, even though there was still good powder in the area. When the sun came out and warmed up the face, things got dangerous. Nearly immediately in tune with the sun breaks, massive avalanches released under the trigger of skiers and boarders. It resulted in a domino effect of more avalanches releasing and funnelling into the valley below. Luckily nobody was killed, but often times that is not the case (a point especially fresh on our minds with the recent “sidecountry” deaths in Jackson Hole and at Grand Targhee). 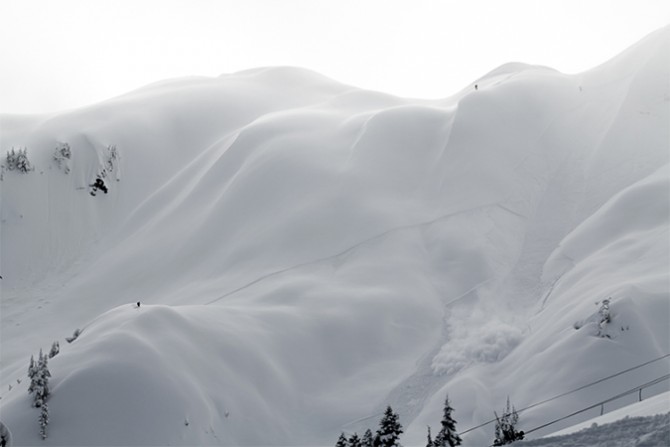 The recent avalanche  in the Mt.Baker “sidecountry” area known as “The Arm.” Photo: Steve Andrews

In recent years, the popularity of backcountry free riding has exploded. Nearly every video worth its salt has a segment featuring massive walls and spines in Alaska, where skiers and boarders will navigate their way down a 55 degree face in about 3 turns and five seconds.  But one doesn’t need to go to Alaska to find these lines. With a bit of gumption and lung power, lines like these can be found just outside the ropes at places like Baker, Whistler, Jackson Hole, and more.

Backcountry  areas that can be accessed out of resort boundaries are often referred to as “slackcountry” or “sidecountry.” But these terms are misleading – it provides a false sense of division between these areas and the real “backcountry” of which there is no true distinction.

Ben Williamson has been a pro patroller at Baker for seven years, and has seen it all. As patrollers they are responsible for avalanche control within the resort boundaries, but the surrounding National Forest is completely wild, uncontrolled terrain.  The patrol will occasionally bomb areas out of bounds, but only when there is a risk of an out-of-bounds slide affecting terrain in the resort.  But they do not prevent people from leaving the boundaries, doing their best to advise of the conditions but at the end of the day, leaving them to their own devices. 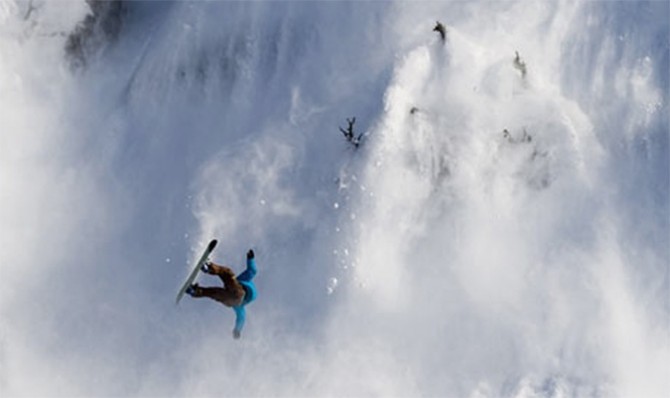 Regarding last weekend’s slides, Ben was diplomatic with his analysis of people’s motivations for risking themselves so soon after a fresh storm. “Yesterday’s conditions were not ideal, but it was a Saturday, and everybody goes out on Saturdays. People just kind of rushed out there and didn’t give it time to settle. There were definitely people out there pushing the limits beyond what I would personally be comfortable with.”  Our off-the-record conversation had a much different tone, to be sure.

Bottom line, the “sidecountry” is the backcountry and we all need to treat it as such. There is no substitute for experience. Anyone can take courses, read books, and talk to others, but the only way you can develop an instinct for the many variables in the backcountry is by getting out in the elements and understanding the dynamic realities of mother nature and a changing snowpack. That is not to say one has to risk their life to understand the conditions. Just follow the weather: was their a rain event recently? What has the temperature been in the last week? Was there a wet storm that fell on an old snowpack? Learn how to dig a pit and understand how the layers interact with each other.  Develop a sense for the variables such as wind, temperature change, and the angle and aspect of a slope.

And if you do slide out of the resort for, let’s just call it what it is,  a “backcountry” run, know when to pull the plug and turn around if the conditions don’t feel right.  There are generally always safe routes one can take, although you might have to sacrifice some steep, quality turns to do so. But I’d take a mellow slope and be able to come home over a cliff drop to death any day. Because it’s so important to remember, that when you’re accessing the backcountry from the resort, you need to use the same knowledge and caution you would use anywhere when riding wild snow.