Three Skiers Died in Backcountry Colorado Avalanches Over the Weekend 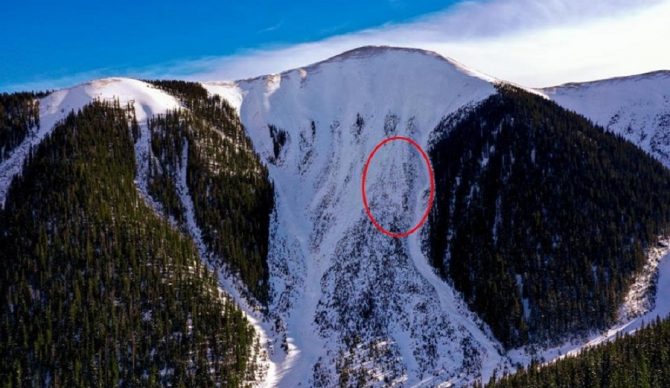 The north side of Battleship near Ophir Pass. The red circle indicates where the two skiers’ bodies were found. Photo: CAIC

There is a multitude of factors that can lead to avalanche conditions. Heavy, early-season snows without a strong base are one of them, and that’s exactly what’s going on in Colorado right now. Colorado Avalanche Information Center (CAIC) reported on Facebook that since Friday, 108 human-triggered avalanches occurred, calling the current conditions “the weakest snowpack we’ve seen since 2012. People need to recognize that we have unusual conditions and their usual practices may not keep them out of harm’s way. As we gain more snow in the coming weeks, avalanches could become even more dangerous.”

Combine that with the fact that we are seeing more interest in backcountry skiing and riding than ever before due to the COVID-19 pandemic, and we could be in for a difficult backcountry season, to say the least. 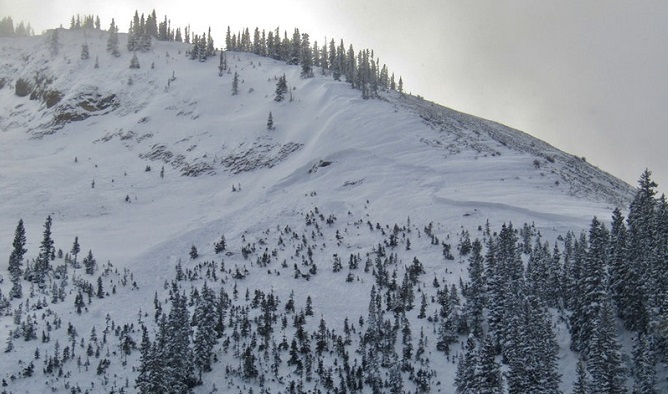 The area where Jeff Schneider was skiing when caught and killed in an avalanche. The crown of the avalanche is the area under the rocky ridge where the snow suddenly drops away. Photo: CAIC

On Friday, a solo backcountry skier was caught in an avalanche and killed in the Anthracite Range west of Crested Butte in Colorado. Identified by the Crested Butte News as Jeff Schneider, an experienced backcountry skier and former ski patroller in Crested Butte and Aspen, Jeff was skiing in an area locally known as Friendly Finish. At the top of the line, Jeff discussed descent plans with a group of two other skiers, who, upon making it to the bottom, found Jeff’s snowmobile still parked where he left it. Snowmobiling to the base of the run they found evidence of a recent avalanche, skied up to the site of the avalanche, and found Jeff’s body with a transceiver search.

On Saturday night, two skiers were reported to be overdue after making plans to ski in an area locally known as Battleship, southeast of Ophir Pass. A helicopter search that evening showed a large avalanche debris field and ski tracks. The bodies were found on Sunday and identified as Albert Perry, 55, and Dr. Jeff Paffendorf, 51.

Our deepest condolences go out to the family and friends of the three victims. It’s a grim reminder to anyone planning on getting out in the backcountry this season, especially those heading out for the first time, that backcountry skiing and riding is inherently dangerous in a way that is vastly different from on-piste activities. Tragedy can strike at any time and does not discriminate between experienced and non-experienced skiers and riders. Always check avalanche conditions before you go, don’t go if the danger is high, and practice safe backcountry techniques such as riding with friends, maintaining distance to avoid being caught in the same avalanche, and continually checking conditions as you go. Stay safe out there, friends.

Go to Avalanche.org to find links to avalanche reports near you.