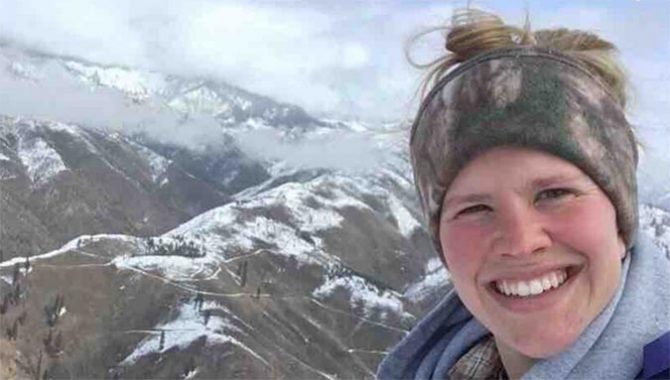 Despite the circumstances, Amber Kornak handled a frightening situation with more aplomb than most probably would. Kornak, who was working with the U.S. Fish and Wildlife in the remote Cabinet Mountains of northwest Montana, was attacked by a bear while on the job.

According to a GoFundme page set up for the young field worker by her friend, Jenna Hemer, the bear attacked her from behind, severely mauling her before she was able to reach her bear spray and get the animal off her, actually spraying herself in the scrum as well. The bear left her head and neck with serious lacerations. She also suffered a pair of dangerous skull fractures.

Kornak then kept her nerves together and began the two-mile hike out of the area near Libby, Montana which is east of Sandpoint, Idaho, and south of the Canadian border. Once at her car, “she then drove to find help,” wrote Hemer. “911 was called and she was driven to an ambulance, delivered to life flight, and flown to Kalispell Regional Medical Center.” She underwent four hours of surgery to remove bone fragments and clean wounds “to her brain.”

Talk about tough. Kornak had recently posted on Facebook about her new job and how excited she was to be working in the wild. According to both her Facebook and GoFundMe pages, Kornak was working as a Grizzly Bear Wildlife Technician. But officials have been hesitant to say what kind of bear attacked her as there apparently is a population of black bears in the area as well. Samples from the scene have been taken for analysis. According to Vital Ground, a non-profit working to restore grizzly populations by protecting habitat, there are an estimated 50 grizzlies living in the vicinity known as the Cabinet-Yaak ecosystem.

Kornak was reportedly collecting bear samples, hair and anything that would rub off grizzlies and on to trees and shrubs so scientists could analyze the animals’ DNA. In a statement, the U.S. Fish and Wildlife said it was a surprise attack and theorized that she might not have heard the animal because of noise from a nearby creek. When asked by the AP about rules for workers traveling alone in bear country, U.S. Fish and Wildlife spokesperson Jennifer Strickland said there isn’t a hard-and-fast policy but that the agency recommends workers travel in groups of three. It wasn’t immediately known why Kornak was alone.

But the good news is that she’s recovering. “I have no new updates on her condition,” Hemer wrote yesterday, “other than the fact that she can’t wait to eat pizza…yep, that’s my girl!”