We Need to Talk: Snowboarding’s Lack of Initiative 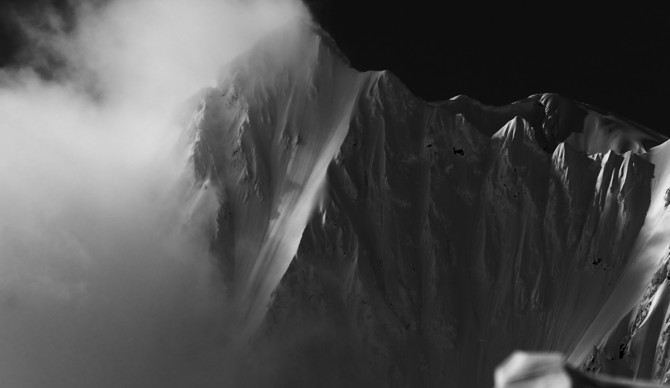 As I have begrudgingly crept into my thirties, I have also begrudgingly developed what some might call a moral compass. Sure, I have always been down to help little old ladies across the street and not murder people. But I now care about a wider range of issues, a range of issues that do not only speak to past and present issues, but affect our future as well. And when those issues are blatantly ignored by our industry — an industry I have in many ways grown up in — I feel a deep despair.

Most companies in our industry want to sell snowboards to teens (or adults who are still holding onto their teen-aged identity). These teens represent a cash cow ready to be milked, so it makes sense. The problem is that they’re still young and relatively underexposed to the problems our world are facing. And even if they are engaging in the daily news cycle through the internet or popular programs such as The Daily Show and The Colbert Report, they’re more focused on themselves, as they should be at that point in their lives. But if the snowboard industry wants to see growth in the next twenty years, it would behoove them to turn their attention from “trending” antics to where it is more greatly needed: our governments’ policies. It is time to shift from using their voice to sell t-shirts to using their voice to affect change.

Companies aren’t the only ones who have remained almost silent, but the athletes have as well. If my paycheck came from playing in the snow, I would want to make sure that I used my voice and influence to empower people to embrace sustainability and environmentalism. However, in a more general sense, professional snowboarders have for the most part remained disturbingly silent.

Of course there are the outliers like Jeremy Jones, who works hard to raise awareness through his organization POW, and there is Austin Smith and Bryan Fox’s Pathology Project, but the majority of professional snowboarders seem to avoid issues that have any political or social connotation, as they are occasionally and often detrimental to their profession and lifestyle.

Why is this? Why aren’t companies or athletes pushing social or environmental issues? What would it take for the snowboard industry to really become engaged and make a push, calling on young snowboarders to get out and vote?

This past November 4, 2014 the United States held midterm elections, elections that will have deep implications for our environment and the EPA (Environmental Protection Agency). Why? Because a detrimental amount of climate change deniers were elected to office. 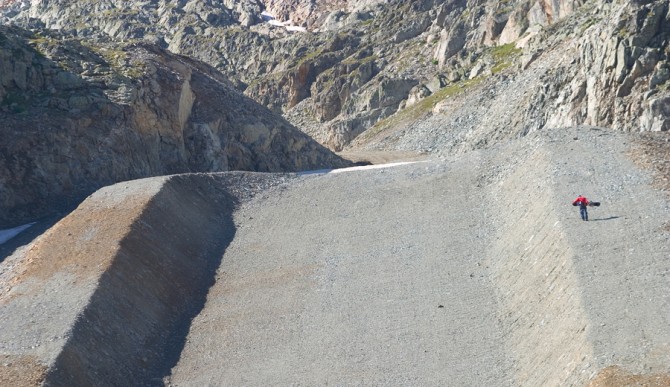 Phil Plait of Slate.com wrote about the vital importance of these elections:

“Nowhere is this more important than the Environment and Public Works Committee. A Republican win will almost certainly make James Inhofe, R-Oklahoma, chairman. This committee controls the Environmental Protection Agency, which is charged with addressing climate change and what to do about it. Inhofe is probably the most ludicrously adamant global warming denier in the Senate; he has called it a hoax and denies it to levels that would make the frothiest conspiracy theorists shake their heads in wonder.”

With the snowboard and ski industry reeling from the recent impacts of climate change, and pretty much every scientist in the world predicting it will get much worse if we don’t make a radical change immediately. All elections in the United States moving forward will have a dramatic impact on our industry as a whole.

Regardless of the fact that all of this information about the environmental consequences to our actions have been very public and easily accessible, the industry kept quiet leading up to these past elections. In an election cycle, like mid-terms, that have a notoriously hard time wrangling in youth voters who tend to vote pro-environment, it is bizarre that both professional snowboarders and the companies (that rely on strong winters for strong profits) weren’t more outspoken. You can guarantee when gun regulations are on the table that Smith & Wesson is rallying support within their demographic.

One of the reasons we haven’t seen companies help drive voting and political initiatives is because it isn’t cool to care. And appealing to the aforementioned teens is all about being cool. While every snowboard company has a “green” snowboard or some version of a sustainable selling point, if they aren’t really driving for environmental progress beyond the board rack, then they are ultimately falling short in their efforts.

Maybe consider this a call to action. My hope is that, together, we awaken the sleeping beast that is the snowboard industry and push for some systematic change in how we operate. Perhaps then we’ll talk about even wider issues, such as the lack of diversity in snowboarding, from socioeconomic barriers to rampant homophobia.

Snowboarding was born from skateboarding, which in part took its identity from punk rock — punk rock was all about changing the status quo. This is to say our collective pursuit was born from rebellion against those authorities and institutions that operate and influence in harmful capacities. Yet, today, I often find us ignoring our roots and instead cashing in on the exploitation of readily available (but destructive) resources and, above all, the status quo. We’ve strayed, but we need to get back to our roots. And we can do that, even as an industry of trade. But we have to work together. After all, we have a voice… it’s about time we start using it.