Which Wild Animal is Statistically Most Likely to Attack You? 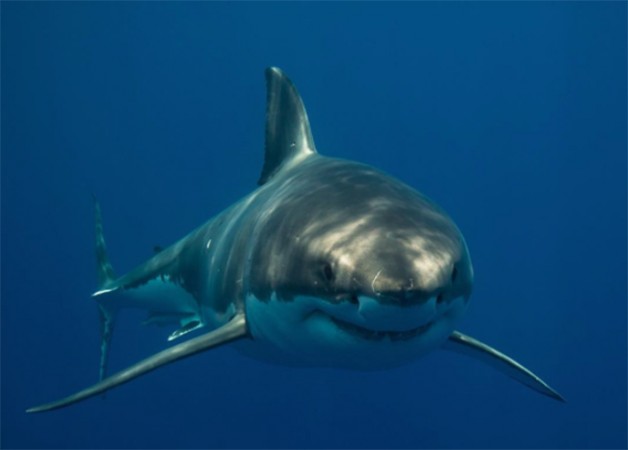 You’re on dawn patrol, solo, and the surface of the sea is like glass. Between sets, your feet disappear in the murky water. Suddenly you have that sinking feeling that something down there is watching. But you know that the odds are small, that Jaws effectively vilified the ocean’s most deadly predator and that’s the only reason you’re even considering the possibility of a shark attacking, that the very idea is asinine. That water, though. Come to think of it, didn’t Jaws take place somewhere around here? And how small are the odds, really?

Sharks take up with wolves, snakes, mountain lions and bears in that part of our brains reserved for worst-case scenarios. In actuality, we’re more likely to be killed by cows than any of them. (Yes, really.)

Gordon Grice, author of The Book of Deadly Animals, says that he thinks our fears of large, toothy creatures are hardwired.

“I’ve seen research showing that humans are better able to spot the shape of a snake in a drawing than other shapes,” he explains. “We are programmed to see that specific shape. People who are good at spotting it have an evolutionary advantage over those who aren’t, because snakebite has historically been a major cause of mortality for humans. (It still is in parts of Asia and Africa.)”

“I haven’t seen similar research regarding big mammalian predators, but I believe our response to them is similar,” he continues. “At the same time, we tend not to fear other stimuli even if they’re proven dangerous. [The car] scares almost nobody but kills more Americans than all non-human animals combined. The response that helped hunter-gatherers survive a millennia ago still prevails; more logical responses haven’t had time to get coded into our genes.”

But if you were going to go out in a blaze of beastly glory, which animal would be the most likely to usher in your demise?

Studies have estimated that there are about two million surfers in the U.S. and roughly 20 million of us worldwide. According to the International Shark Attack File (ISAF), a comprehensive global database of shark encounters, there were 59 confirmed, unprovoked shark attacks in the U.S. last year – none of which were fatal.

“Surfers and others participating in board sports were most often (49 percent of cases) involved in 2015 incidents,” reports ISAF. My fairly slapdash (at best) calculations indicate that surfers in the U.S. have about a one in 69,180 chance of being attacked by a shark. George Burgess, Director of the Florida Program for Shark Research and Curator of ISAF, explains why my numbers are off:

“[The] problem is that the two million surfers likely go into the water and spend more time in the water than two million of any other user group. So whatever odds you calculate based solely on surfer proportion will be skewed high because their in-the-water hours per person are so much higher. That said, the activities of surfers [are] probably more provocative than other aquatic recreationists and they [are] often in the water at the wrong times (dawn and dusk).”

All of this is to say nothing of the millions of non-surfing ocean goers. The Florida Museum of Natural History calculates that ocean swimmers have only a one in 11.5 million chance of being attacked by a shark. The odds of simply drowning in the ocean are almost three times greater. Fun fact: Last year, more people died taking selfies than at the jaws of the fearsome fish. 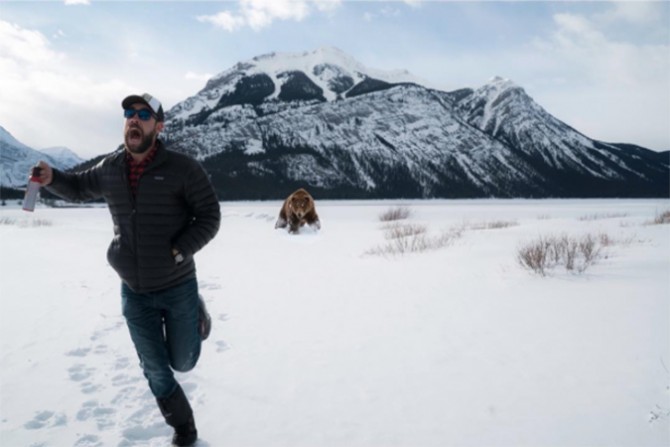 If you are one of the 37,323,000 hikers in this country (according to the Outdoor Foundation), you’re obviously more likely to encounter bears than people who spend zero time in the woods. Black bears are by far the most populous – and the most widespread – with an estimated population of 300,000 (or more) spread across at least 40 of our 50 states. Fortunately, they are also the smallest and most timid of the three North American bears.

World Wildlife Fund estimates that there are as many as 30,000 grizzly bears (aka brown bears) in Western Canada and Alaska, but fewer than 1,000 in other parts of the U.S. The Get Bear Smart Society says that Americans are most likely to come across black bears and grizzlies – though polar bear encounters are also possible in Alaska. There are only 20,000 to 25,000 polar bears worldwide, according to WWF.

In 2014, National Geographic reported that while there is an average of one fatal bear attack each year, the number of mauling incidents has increased, thanks to larger bear and human populations.

Still, “bear attacks are extremely rare,” Bear Smart says. “Although there are thousands of human-bear encounters every year, only a very few result in personal injury. Most bears will actually retreat before you are even aware of their presence.” So as long as you’re not dead set on a bear selfie, you’re probably good.

Hikers and backpackers may also worry about wolf, coyote, and mountain lion attacks, depending on where they’re hiking. “Coyotes and wild wolves aren’t historically much of a threat to humans in North America, but they have killed a few people each,” Grice explains.

There are fewer than 6,000 gray wolves in the lower 48 states, according to the U.S. Fish and Wildlife Service, and they’re concentrated in Minnesota. The coyote population, on the other hand, is booming – so much so that they’re addressed in the University of California’s Integrated Pest Management Program.

“Normally, coyotes are elusive animals that avoid contact with humans,” says the IPM site. “Most active after dusk and before daylight, they are typically seen only at a distance. … Within urban and suburban areas in California, however, some coyotes have adapted to residential neighborhoods, parks, and open spaces, and seemingly have lost their fear of humans.”

According to IPM, there have been more than 160 attacks on humans and/or pets since the ’70s, and though only one was fatal, they are becoming more frequent – especially in Southern California.

The U.S. Fish and Wildlife Service says that it does not track mountain lion attacks nationally and doesn’t know of any source for national statistics, but the Mountain Lion Foundation says that there are between 20,000 and 40,000 mountain lions (also called cougars or pumas) in the U.S. The California Department of Fish and Wildlife says that there were 15 verified mountain lion attacks on humans in California between 1986 and 2014 – three were fatal. Some sources suggest a national annual average of 14 attacks with fewer than one death per year, but this is tough to verify. 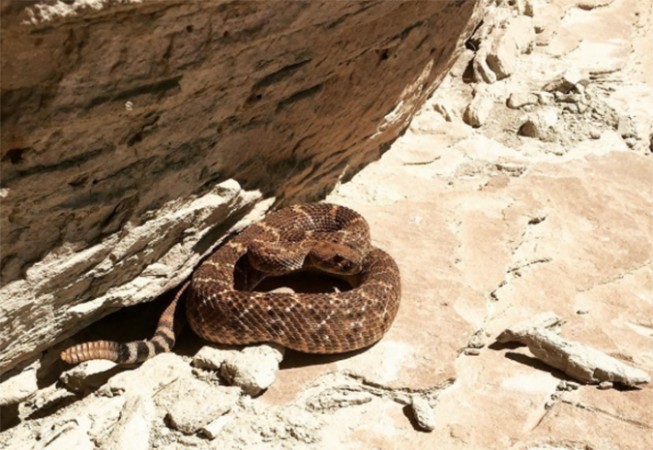 And then you’ve got the creepiest creature of the lot: snakes. There are 7,000-8,000 venomous snake bites reported annually in the U.S. but thanks to modern medicine, the chances of dying from a snake bite are only one in 50 million, according to the University of Florida’s Department of Wildlife Ecology and Conservation.

“The animals most likely to kill a human in the U.S. are other humans, domestic dogs, [and] stinging insects, including honey bees,” Grice concludes.

When it comes down to it, our chances of being attacked are dependent on our activity of choice, location, and frequently, our own behavior. Dedicated surfers in Florida probably will see a shark at some point and hikers in cougar country may spot a mountain lion, but here’s the thing: Heart attacks outnumber shark attacks in this country 12,457 to one.