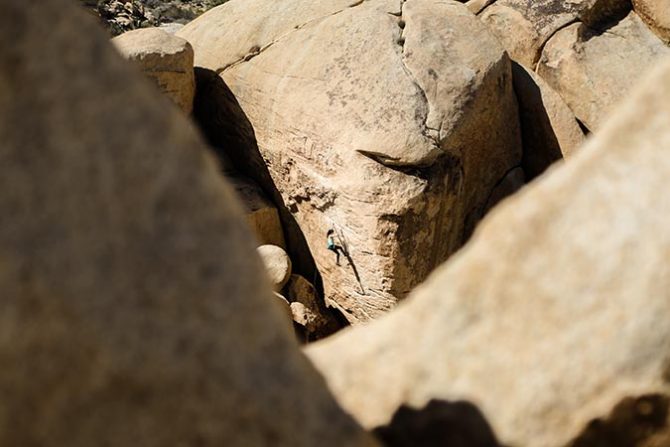 The climbing is magnificent at J-Tree but the area is under siege during the shutdown. Photo: Jeremy Bishop

When I heard that Joshua Tree National Park was open during the government shutdown with minimal ranger presence, my first instinct was child-like giddiness: no cops! No rules! But my second reaction was much more sober: would people destroy one of my favorite places on the planet?

The government shutdown had taken effect on December 22, thanks to a standoff between President Trump and Democrats in Congress over the border wall, but the park was still open, including the campgrounds, according to the Joshua Tree National Park Service website. From various reports around the web, visitor behavior sounded dystopian, not unlike a small high school party slowly devolving beyond control, where the parents could come home at any moment. There were reports of vandalism spreading, people camping in illegal zones and motorized vehicles roaming where they shouldn’t have been, even though a very limited number of rangers were still patrolling the park and enforcing rules.

As J-Tree climbing regulars, my wife and I just wanted to meet our friends who were already out there to celebrate the New Year in the desert, regardless of how crazy it was, so we packed our van and rumbled out into the clear, cold blue of the California desert, unsure of what we’d find.

No one was home at the ranger station as we rolled in after dark, just a sign that said, “AREA CLOSED – Because of a lapse in federal appropriations this Visitor Center is closed for the safety of visitors and park resources.” The next morning we awoke to pit toilets that were bereft of toilet paper and more squalid than normal. Downy Soft TP appeared later thanks to local volunteers who not only cleaned the bathrooms but also emptied the trashcans and put up notes letting people know to pack out their own trash. But the help wouldn’t be able to withstand the crowd pressure to come.

While our group climbed the rock that makes up the nucleus of Belle Campground, a party of five rolled into a campsite next to us in a blacked-out Jeep, and complained loudly about getting ticketed for camping illegally in a day-use area. They’d set up their tents there and each received $180 tickets, which shouldn’t have come as a suprise. The ranger told them that all reservations for campsites were not being honored, though, and to search for a site. They set up camp and promptly rolled up a joint and started taking vodka shots to drown their displeasure.

The confusion over campsite reservations is definitely causing chaos, though. We returned to our sites at Jumbo Rocks where we’d left our gear after dark that evening to find that the site had been commandeered by people who had reserved it months in advance—even though those paid-for reservations were supposedly not being honored.  We’d been there first (and hadn’t paid anything) while they’d used a governmental system that now wasn’t working. We didn’t feel like we could kick them out but they felt like they could send us on our way—and there was no one there to mediate. After an awkward conversation, dimly lit by headlamp, we piled our gear in the next site over, where there was a dark tent sitting by itself and a small pile of gear tucked under the picnic table. We cooked dinner and waited to see if whoever owned that tent would be nice enough to share with four displaced peoples. 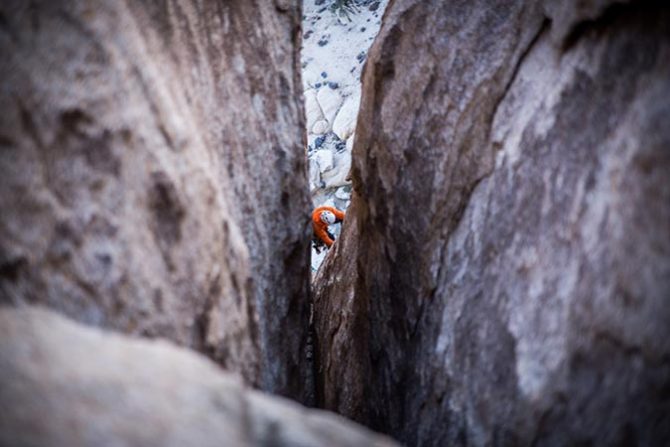 The real Joshua Tree, away from the campgrounds. Photo: Tommy Lisbin

They turned out to be lovely. We ended up sharing a site with them for the next couple days, one of the fellows even got comfortable enough with us to do a large quantity of mushrooms on New Year’s Eve, entering into a deep discussion on Jewish history and the weight of our ancestors.

We broke camp on New Year’s Day and my wife and I headed south on Pinto Basin Road on our way out of the park. When we stopped at the popular roadside Cholla Cactus Garden along the way, the bin, normally filled with brochures for visitors, was empty except for trash that people had stuffed it with. Throughout the garden visitors were off trail despite signs telling them not to be; one woman yelled at her partner in Spanish when she was stabbed by the fine spears of the Cholla. A tour bus of people seeped out through the sunlit cacti, posing with the plants and flicking their clean hair. We ran for it.

The campgrounds have since officially been closed because the pit toilets were not being pumped and were reaching capacity while people continued to camp illegally and the vandalism continued. The skeleton staff on hand couldn’t control the crowds in one of the busiest months of the year for the park, which received 2.8 million visitors in 2017, according to Park Service numbers.

While selfie-stick wielding crowds and general insanity amongst visitors is nothing new at Joshua Tree, the deficiency of regulation is. Even though our trip to the park worked out, I can’t help but think that the damage being done there right now isn’t worth it. All those little infractions add up, especially in a fragile desert ecosystem. The park should be fully shut down until the standoff in Washington ends and the caretakers of the park can return. The inimitable landscape would thank us for it.