Why the Mt. Baker Legendary Banked Slalom Event Means Everything to Snowboarding 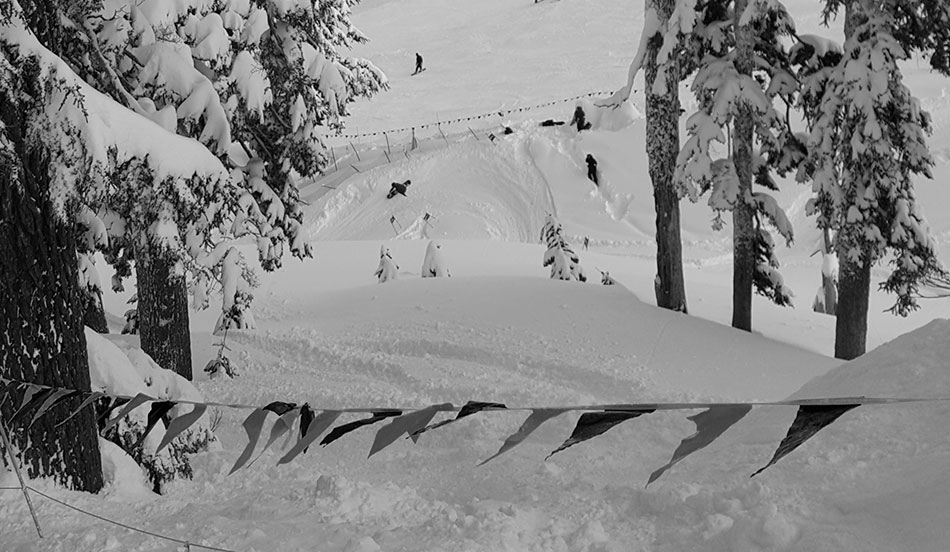 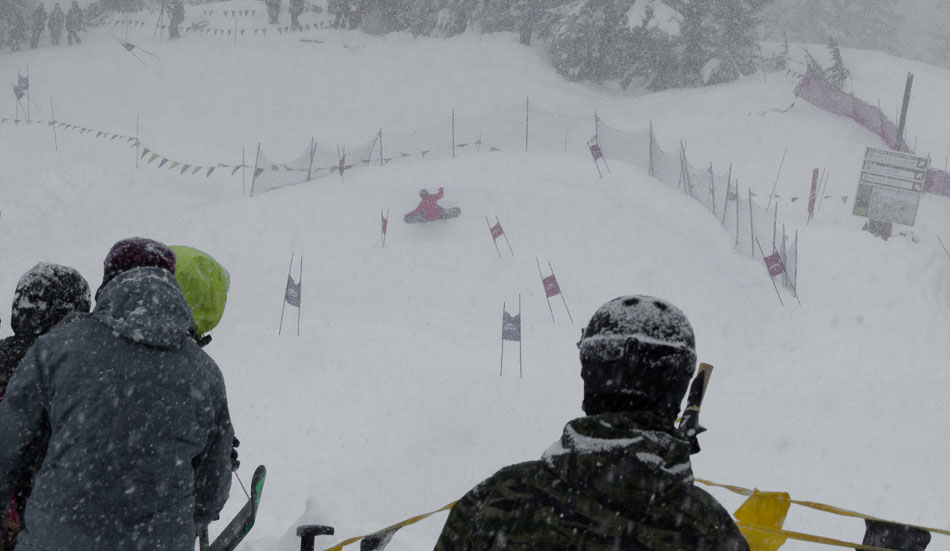 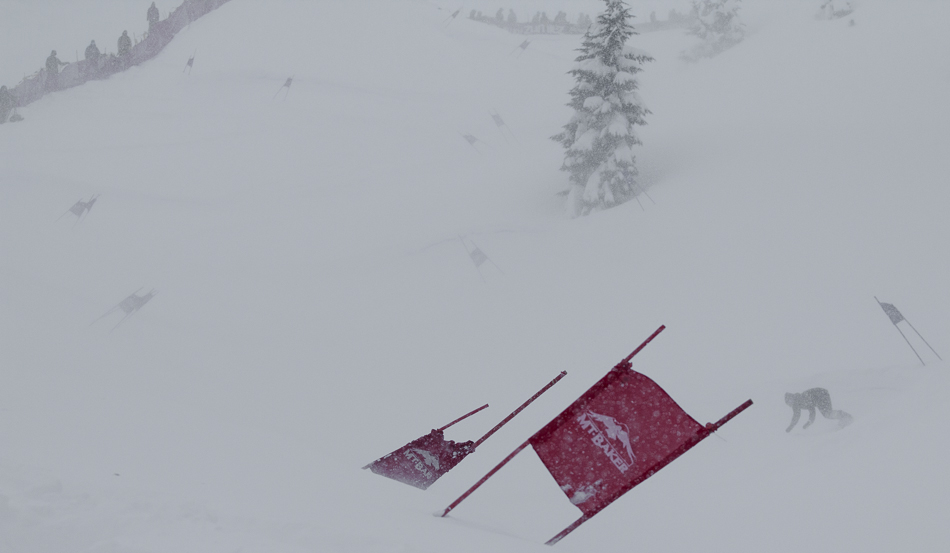 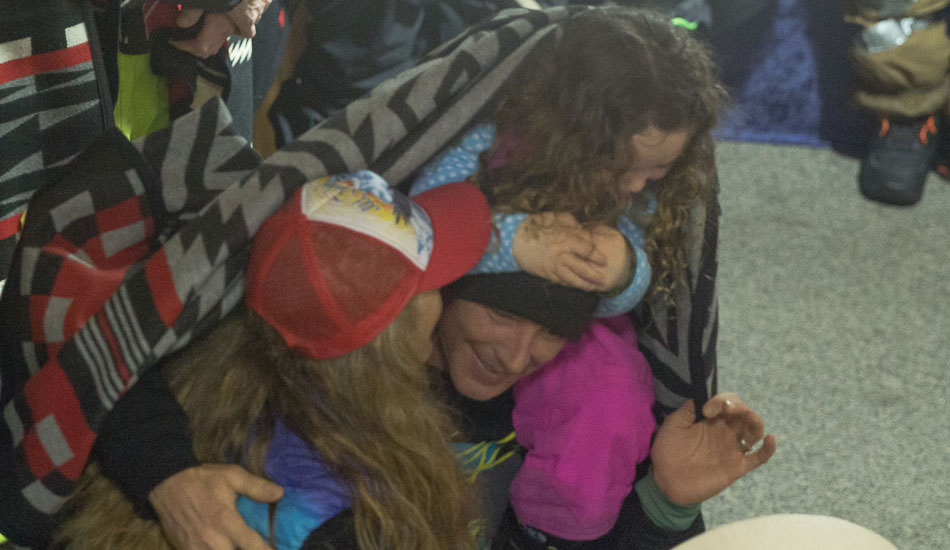 Gwyn Howat congratulates Temple Cummins (and his daugter) on getting the bronze duct tape for the Pro Men.

A sea of friends at the annual Baked Salmon BBQ, a Banked Slalom tradition. 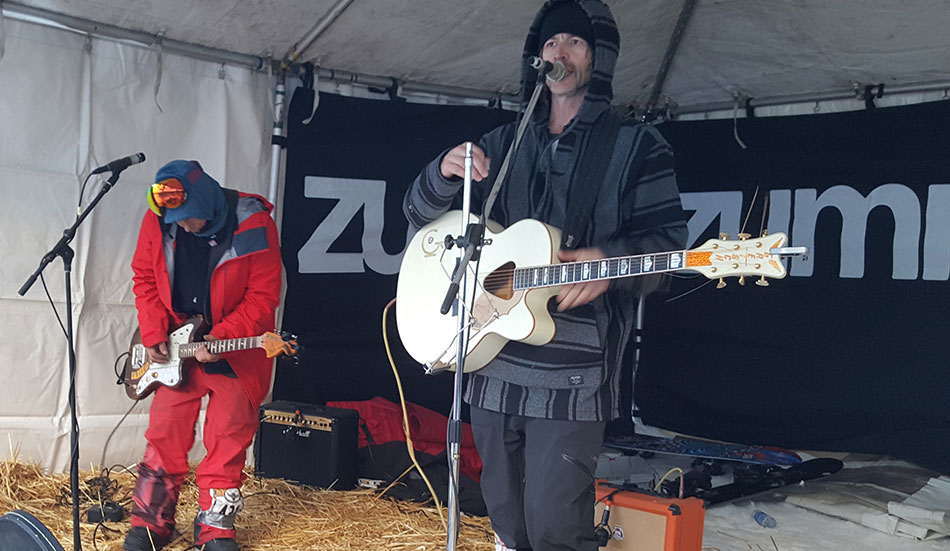 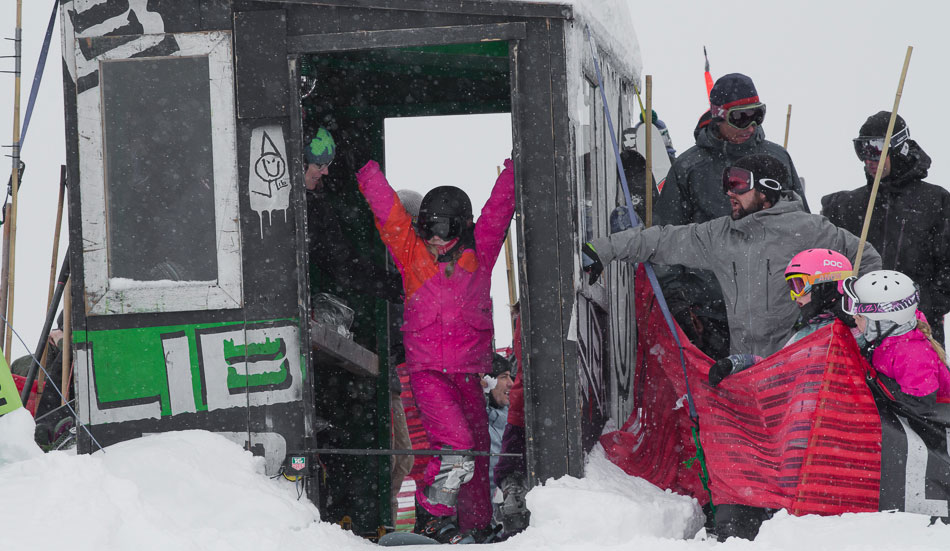 This event is, was and always will be, about the sport's culture. 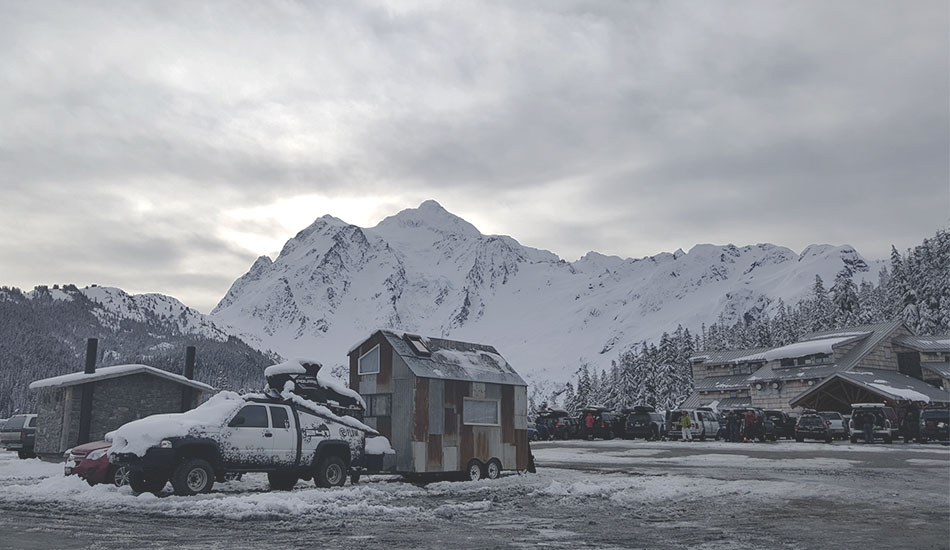 Getting here is important: A tiny home on wheels with one of the best views on Earth. 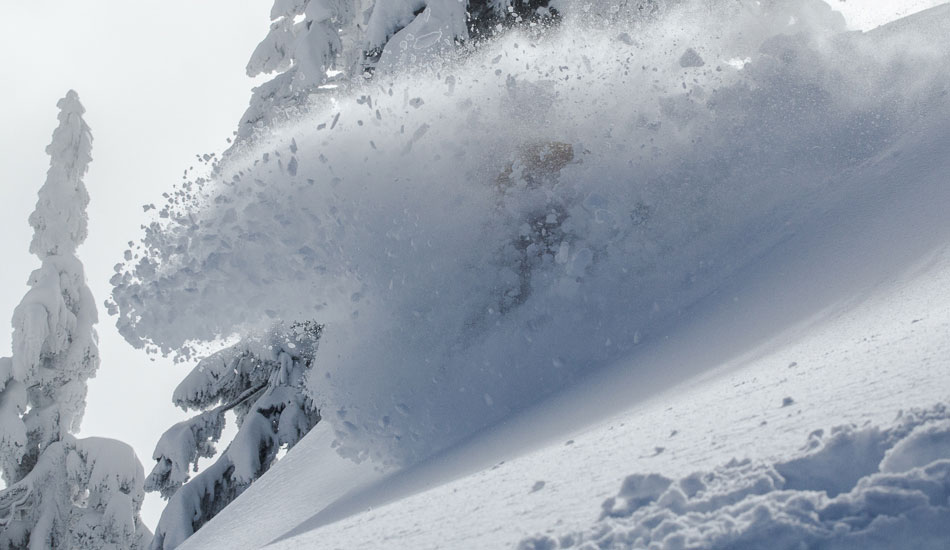 We had to post at least one shot of the incredible pow on Legends Day. Rider: Nigel Beaupre

The awards ceremony had just ended for the annual Mt. Baker Legendary Banked Slalom event as I walked back to my car where five inches had accumulated since I was last out only a couple hours ago. As I cleaned off the snow, my neighbor came to his VW van and we discussed how amazing tomorrow would be if the snow kept up. Our conversation was interrupted by a voice behind calling out like a stoked grom seeing their childhood idol.

“Whoa, is that a Synchro?” came a voice from the shadows. Into the light stepped Ken Achenbach, wearing a fresh new black Carhartt jacket with bronze duct tape in hand. He shared his enthusiasm for the van and hopes of waking up to a perfect powder day, kind of like the one we had just a day earlier.

When we all parted ways I wondered if the young man knew that he had been talking to the guy who started the world’s first snowboard-only shop, among other accolades. The reality was that it didn’t matter, what mattered was the stoke we all shared for trading stories of travelling in a van while doing what we love: snowboarding with our friends.

The Legendary Banked Slalom is a family reunion for those who hold snowboarding sacred. The race features a start list that reads as a veritable encyclopedia of snowboarding’s brief history. At 30 years, it is the world’s longest-running snowboarding event, and to this day is unique to a pro event in that zero prize money is awarded. The only thing anyone cares about is winning the gold duct tape. Yes, the trophy is literally spray-painted roll of duct tape.

“And it’s not even the big roll”, said Achenbach earlier on Sunday while reminiscing before his final run. “I was laughing with Kaia (his daughter), saying I wish they did trophies with the first Banked Slalom. The only trophy I have is a shitty one from the worlds and that’s what she thinks of me for competing. I was trying to tell her how this is more important than the Olympics. But how do you explain that to a kid? I told her it was because this is our contest. And she goes, ‘What do you mean by our contest?’, and I go, (it belongs to), ‘Snowboarders’.’

And by snowboarders, Achenbach really does mean everybody, as was the intention from the outset. From the under-11 next generation division to the over-60 Super Masters and the Pros, everyone runs the same course. It’s a way for everyone to feel a sense of accomplishment, and allow anyone to have their shining moment amongst the world’s best. Case in point: in the Friday qualifier, the top 4 boys in the junior (12-15) division would have placed in the top 30 (of 56) in the pro division. It is safe to say from those numbers that the future of snowboarding is strong.

The snowboarding industry, on the other hand, has suffered a state of decline over the past few years. The skyrocketing success of the 90’s and 2000s were due in part to its alternative nature. But with six-figure sponsorship deals and multi-million dollar movie projects, the vast divide between professionals and amateurs only got wider as the years went on…at least for the most part. Over the past 30, the Banked Slalom has served as the guardian of snowboarding’s  essence: attaining a flow state that allows you to perform at your absolute best.

“What I see in snowboarding,” says Race Director Gwyn Howat to a packed lodge during the Sunday awards ceremony, “is that now, you almost have to risk your life to get into the high end of competition in this sport. And it’s cut out almost a whole generation in some way. But the banked slalom remains one of the few places… where a next gen’er can race on the same course as gold medalists Seth Wescott and Maelle Ricker.” Howat, along with her sister, mother, and aunt helped bring the event to international prominence.

What other competition can you compare your time to your heroes? In snowboarding, objectivity is a rare commodity in a competition realm based on judged events. At the Banked Slalom, the fastest time wins your division with no debate. And outside your division, one can see how they fare against the pro category, and mentally place themselves along the greats based on how fast their run was. The fact that zero prize money is awarded is an anomaly for an event of this magnitude. Where else do legends such as Terje Haakonsen, Jaime Lynn, gold medalists Maelle Ricker and Seth Wescott, and too many more to name, all travel on their own dime to a contest with absolutely no cash incentive?

The Banked Slalom also provides a venue where snowboarders across all disciplines can come together to compete. We would never see big mountain free skiers in the same contest as a halfpipe skier or alpine racers. Yet the Banked Slalom welcomes everyone with the courage and will to make it down the course without falling or missing a gate.

Husbands and wives, parents and children, fans and heroes alike all compete on the same course for four days in pure celebration of snowboarding’s soul. And thankfully, it was a pow wow full of ‘wow pow,’ with Mother Nature showing off for everyone, doing what she does best around these parts: dump copious amounts of snow then clear up in glorious, bluebird fashion.

The mindset that comes with snowboarding attracts a certain sort – a culture that in its relatively short lifespan has seen several ups and downs and more than a few existential dilemmas. But the people that choose to snowboard are less about labels, and all about maximizing fun. And judging by this past weekend, that is one thing that is in plentiful supply at the Legendary Banked Slalom.

Check out more photos and tales from Steve Andrews, here.