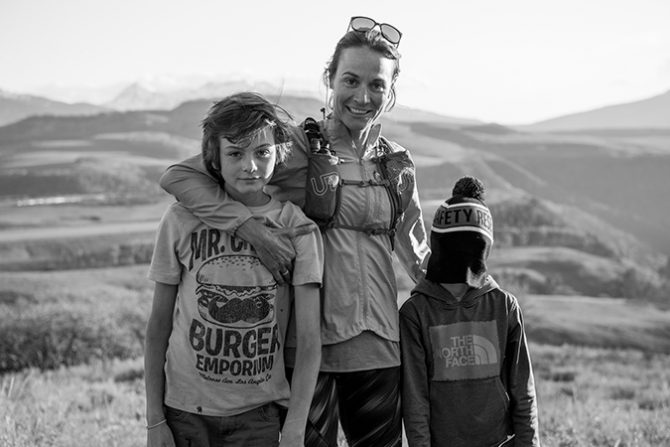 Editor’s Note: This Saturday, August 17, The Inertia’s EVOLVE Summit in Los Angeles will celebrate individuals making positive contributions to surf and outdoor culture. Hilaree Nelson is one of the strongest high alpine skiers in the world with an iconic resume. Last year, she put an emphatic stamp on her career when she skied the Lhotse Couloir, a perilous 7,000-foot Himalayan descent. And, oh yeah, she’s the first woman to climb two 8,000-meter peaks in 24 hours and was named National Geographic’s Adventurer of the Year in 2018. She’s done all this while raising two sons. She’ll speak with snowboarder Kimmy Fasani on our Radical Parenting panel. Access tickets here. Only a few remain.

When I decided to have children, my husband at the time was 11 years older than me, and he was really ready to have kids. We tried. I had a miscarriage. I blamed myself, because I honestly wasn’t ready yet. Then he got in a terrible avalanche in the Telluride sidecountry that ended in six fused vertebrae and a bad concussion.

It’s insane that he even survived. This proved to me the fickleness of life, and I embraced our efforts to have a kid from that moment forward. It still took two and a half years. It was hard for us. When he was mostly recovered from his injuries in 2006, I got pregnant. It was awesome! We had a healthy baby boy.

Then I went to Pakistan on a big expedition to climb an 8,000-meter peak 10 months after he was born. I was so worried I was going to lose my edge in climbing. I didn’t want to lose my sponsorship and my place. Maybe I took it a little far. But I came back and got pregnant within three weeks of being home. That was a total surprise and really caught us off guard. My sons are less than two years apart. 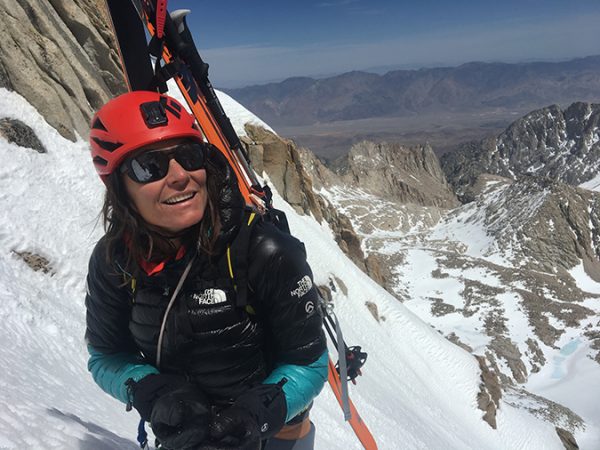 Hilaree Nelson is one of the greatest ski mountaineers of all time, regardless of gender.

I had so much fear about balancing being a mother and continuing with my passion as a skier. I was so expecting everybody to drop me in terms of sponsorship, being a pro skier and mountaineer, I started working really hard. Like I said, I was in Pakistan 10 months after my first son was born and on an expedition while six months pregnant with him. I took the pay cuts. I was afraid if I didn’t take the pay cuts I would lose everything. Being pregnant was treated like an injury. Maybe I’m not speaking for everyone, but I feel like a lot of women so underplay their value, and I was 100 percent in that state. I assumed my value was half of what it was. I wasn’t the best proponent for myself. I was still doing so much stuff, somehow, I was like, “They’re right. I won’t come back from this.”

It really started to change with my 2012 Himalayan expedition where I climbed Lhotse and Everest in a 24-hour push. It was with National Geographic and The North Face, and it ended up being one of my biggest achievements. Outside did a full feature on me, “Mother on the Mountain.” There was for sure some negative feedback, “How on earth can you do this and be a mother?” But the overwhelming response was incredibly supportive. I feel like that story played a role in changing the way media and brands looked at women in the mountains. It definitely changed the way I viewed myself as the mom on the mountain. There was so much amazing support for me. Compared to 15 years earlier, British Climber Alison Hargreaves had two kids and died coming down from K2. She was totally vilified for climbing Everest and other big mountains while being a mother.

I was lucky to be part of the change. In a span of 15 years, public perception totally switched, and I could visibly see it. The North Face launched a kids youth line and wanted me to be a huge part of that. My pay was increased above to even before I had kids, and it all started moving ahead in really positive way.

I didn’t appreciate that at the time. But I look back now and know that a big part of my struggles early on were that I was willing to acquiesce; it was me undervaluing myself. As a North Face team captain now, I have female athletes asking me, “Am I not doing this right? Should I be doing this?” Knowing the individuals, it’s such bullshit. “Come in hard,” I tell them. “Do what you do, and go for it.” That is a problem I’d like to see us change. Women need to stop underselling themselves. Stop acquiescing and know that if you’re out there, pushing the limits, then you’re worth it.

Join Hilaree alongside Kimmy Fasani on Saturday, August 17th at EVOLVE 2019. Special thanks to our partners OluKai, 4ocean, Zola, Caliva, Klean Kanteen, Pau Maui Vodka, Qalo, Kindhumans, Rise Brewing Co., All Good Products, and 805 Beer for making this monumental gathering possible. Thank you also to STOKE for enabling us to host this event as sustainably as we possibly can.