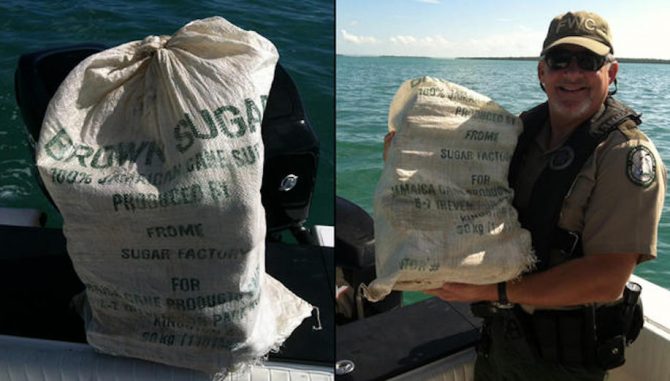 In a span of 27 days, U.S. Customs and Border Patrol, in cooperation with the U.S. Coast Guard, recorded the seizure of nearly 400 pounds of marijuana found floating off the coast of Florida.

Between September 15 and October 12 fifteen separate drug seizure events have occurred in various parts of the Florida Keys and East Florida coastline, explained CBP in a press release.

“There has been a significant spike in drugs washing up on shore,” said U.S. Border Patrol Miami Sector Division Chief, Todd Bryant. “This is at least partially attributable to improved partnerships across the state but potentially also to a shift in smuggling methods.”

The drugs seized in that 27 day span reportedly have a street value of more than $300-thousand.

Chief Bryant was emphatic about notifying local law enforcement in the event of discovering a suspicious package on a boat or on the beach. “Attempting to keep the suspicious package can place you in danger, as violent criminal networks will attempt to recover their narcotics,” he said.