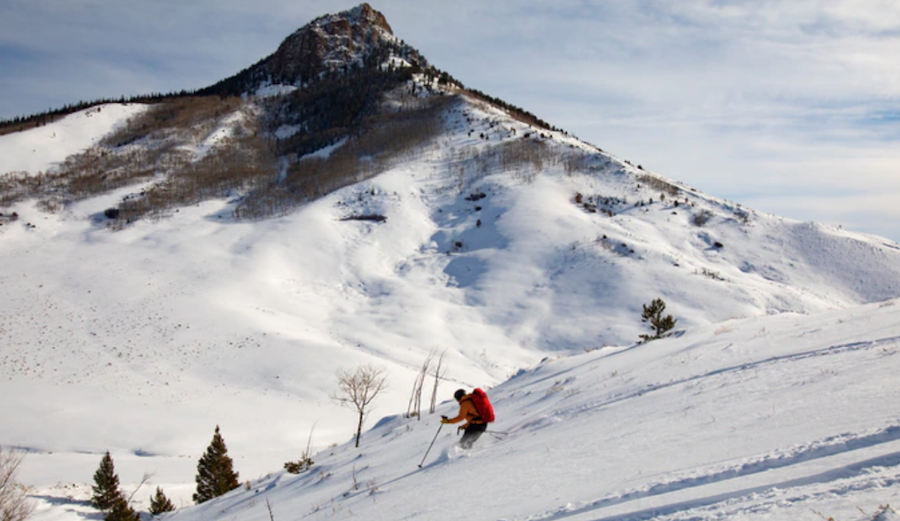 Bluebird Backcountry is set to open outside of Kremmling, Colorado next month and will offer an entirely different ski resort experience – namely, those wishing to ride the resort will have to do so completely under their own power, without the assistance of chair lifts or other mechanized tech.

According to the ski area’s founders, Bluebird Backcountry seeks to combine the experience of true backcountry skiing with the safety of a traditional ski-patrolled avalanche-controlled ski area. When it opens to the public on February 15th for a few short weeks, it’ll be the first human-powered, downhill-centered ski resort of its kind in North America, with 300 acres open to unguided skiing, and 1,200 acres open to earn guided turns.

“People are ready to get away from the crowded resort experience. They are maybe a little bored with traditional resorts,” Bluebird Backcountry co-founder Erik Lambert told the Colorado Sun. “Part of going outside in the winter is this special experience you get communing with nature and it’s hard to do that at a crowded resort. That’s a big part of what people are seeking in the backcountry: more solace. They are looking for the soul of skiing.”

In a video for their Kickstarter campaign, Lambert and his co-founder Jeff Woodward explain that the origins of the idea for Bluebird Backcountry stemmed from taking friends and family out into the backcountry and realizing no place exists to learn and practice backcountry skills in a controlled setting.

Last year, the pair decided to test the waters by hosting 171 backcountry skiers at a planned backcountry ski operation near Mosquito Pass and realized they were onto something.

Then, Lambert and Woodward learned that a family member of a volunteer helping them develop the project owned a ranch north of Kremmling, so they came up with a plan to lease a portion of the property for skiing in February and March.

Now, Bluebird Backcountry at Peak Ranch will officially operate for 15 days between February 15 and March 15, and will sell $50 tickets for unguided access to the area’s terrain with the option to hire a guide for an additional $50.