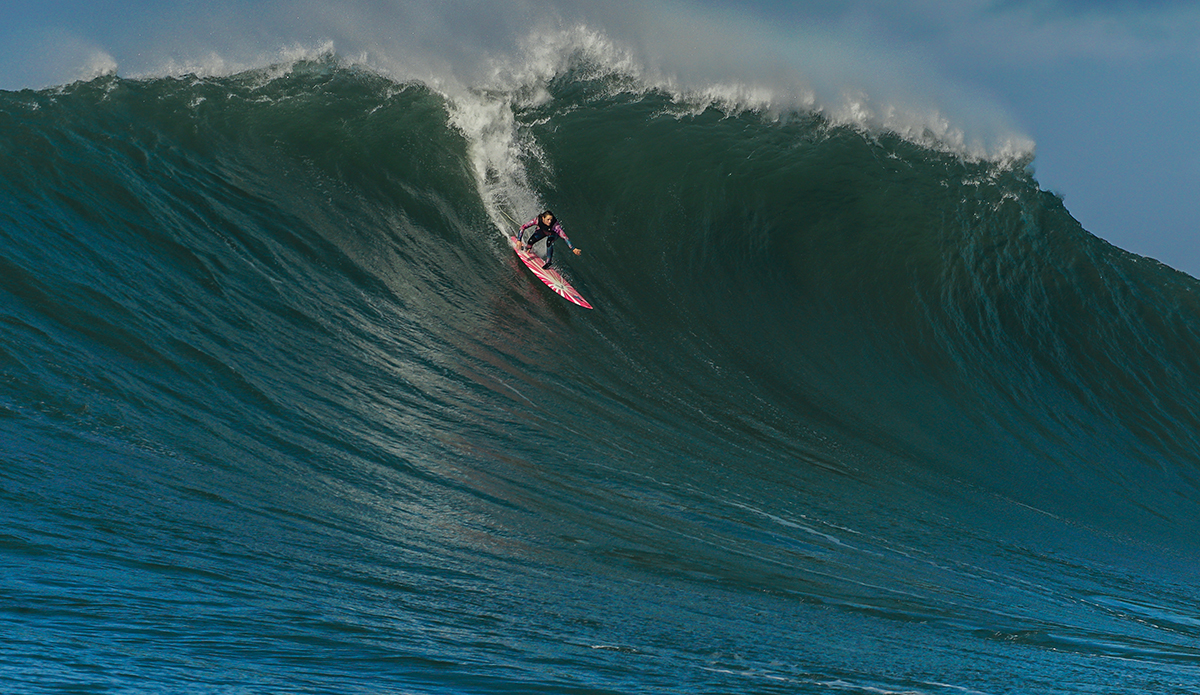 Assemblywoman Tasha Boerner Horvath introduced a bill in the California State Assembly this month that would require anyone running a sporting event or contest on public lands to offer equal pay to men and women. Photo: Tony Morin

Inspired by the fight taken to Maverick’s over equal pay and the World Surf League’s subsequent equal pay announcement, a new face in the California State Assembly is hoping to codify equal pay for male and female athletes that compete in California.

On February 11, Assemblymember Tasha Boerner Horvath, who represents California’s 76th District in North San Diego County, introduced Assembly Bill 467, called the “Equal Pay for Equal Play” measure. If passed into law, the bill would require any competitive sporting event with different male and female divisions hoping to run on state-managed lands to offer equal prize money for men and women. Or else, permit and lease requests will be denied by state agencies.

According to Assemblywoman Boerner Horvath, the impetus for the bill was a conversation she had last year as a City Council member in Encinitas prior to winning her seat in the Assembly. On August 23, the State Lands Commission drafted a blistering staff report requiring future lessees of Maverick’s for events to pay men and women equally. Days later, the issue came up in conversation with Cori Schumacher, herself a member of the City Council in Carlsbad, a three-time women’s longboard champion, and a longtime vocal advocate for equity in women’s surfing.

“I think we came at it from two different perspectives,” Boerner Horvath told The Inertia. “I think for Cori it was the pinnacle of decades of advocacy for equality and equity. For me – I have two young kids, my daughter is eight and my son is 11 – and I don’t want my daughter, son, or any child in California, for that matter, growing up in a world that has this type of inequity.”

It was that conversation that ultimately led the newly-elected assemblywoman to author AB 467 as her first legislative act in the State Assembly. The effort seeks to make equal pay at competitions that use state lands California state law.

“It comes down to a core principle that our legislation and our laws on our public lands in California have to reflect our values,” said Boerner Horvath. “And when we allow inequality on our public lands, we are telling the people of California we value men more than women. And we can’t do that.”

In a Thursday press conference overlooking Cardiff State Beach, Boerner Horvath was joined by San Mateo Harbor Commission president and CEWS founding member Sabrina Brennan who detailed her decades-long battle in the fight for equality in big wave surfing. She explained that CEWS was thrilled to throw its support behind the bill.

“Gender-based discrimination in pro surfing first caught my attention in 1999 when Jeff Clark founded the Mavericks big wave surf competition in Half Moon Bay,” said Brennan in her remarks. “Now it’s two decades later, and women athletes have still not had an opportunity to compete in the Mavericks surf contest, however that will change when the next event is held.”

“The Committee for Equity in Women’s Surfing is pleased to support Assembly Bill 467. Increasing the number of events and the number of awards for women, as well as offering equal prize money, is the only way to achieve meaningful equity in competitive surfing.”

Though inspired by efforts by surfers, Boerner Horvath’s hope is that equity extends beyond the World Surf League to all levels of surf contests as well as other sports leveraging California’s public lands – from cycling to marathons.

“We look at all these different, very sponsor-driven events, and this is where athletes work,” she told me. “This is their space, and so I think it’s really important that we take those decisions that were made, we codify them, we immortalize them in state law, and we make sure that the values that we set on public lands reflect the values of California.”

In the few days since the text has been finalized, the bill has received overwhelming support, said Boerner Horvath. The committee hearing process for it is set to begin on March 14th.

Editor’s note: On February 19, 2018, a spokesperson from the World Surf League sent us a statement taking issue with the claim that a legal fight over Maverick’s resulted in the decision to institute equal pay across the league. The statement reads:

“The WSL is immensely proud of instituting equal prize money across all our owned and controlled events. It’s an initiative that has been a long-term goal for the organization and one that has come to life after lots of internal and external conversations with individuals and groups. The WSL is committed to providing a platform for the best surfers in the world, regardless of gender, and recognize that prizing is an important factor in creating that platform. Since WSL came into existence under new ownership (in 2013) an immediate priority was to increase the investment in women’s surfing in a commercially sustainable way. As part of our long-term plan, we are proud to be the first US-based global sports league to announce equal prize money across all WSL owned and controlled events starting in 2019.”