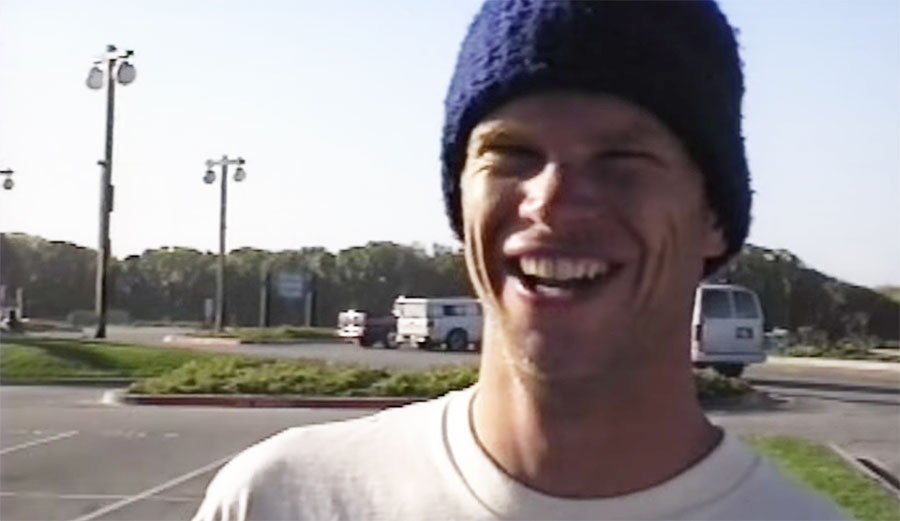 Chris Brown was known for his wraparound and his giant smile. Image: Screenshot

Late last month, we reported that the body of iconic Santa Barbara, California surfer Chris Brown, 48, was recovered near Hendry’s Beach in Santa Barbara. At the time, the cause of Brown’s death was unknown.

On Wednesday, though, the Santa Barbara Police Department concluded its investigation into Brown’s passing, explaining that he was high on methamphetamine when he fell from a cliff above Hendry’s Beach and subsequently drowned.

“It was determined that Brown died as a result of drowning due to blunt force injuries, which were caused by [his] descent from height to the rocky surf line below,” police spokesman Anthony Wagner told the San Luis Obispo Tribune.

“Other significant conditions include acute methamphetamine intoxication,” he added. “According to the investigation and toxicology reports, [Brown] was under the influence of a high level of methamphetamine when he descended from a cliff to a rocky surf line below… He sustained blunt force injuries that were significant enough that he was unable to remove himself from the surf line and drowned as a result.”

Santa Barbara PD concluded there was no indication of foul play in Brown’s death.

In his heyday, Brown was one of the most talented surfers in the world. And when news of his passing first broke, pro surfers from Keith Malloy to Kelly Slater released touching tributes.

“Chris Brown and I were nearly inseparable as teenagers,” wrote Slater. “This guy was just such an excited, happy light in my childhood.”

That such a talent would meet such a tragic end goes beyond words. Our thoughts go out to his friends and family.

According to the San Luis Obispo Tribune, a memorial service will be held for Brown later this month. Following it, there will be a paddle out in Brown’s honor at Sandspit.