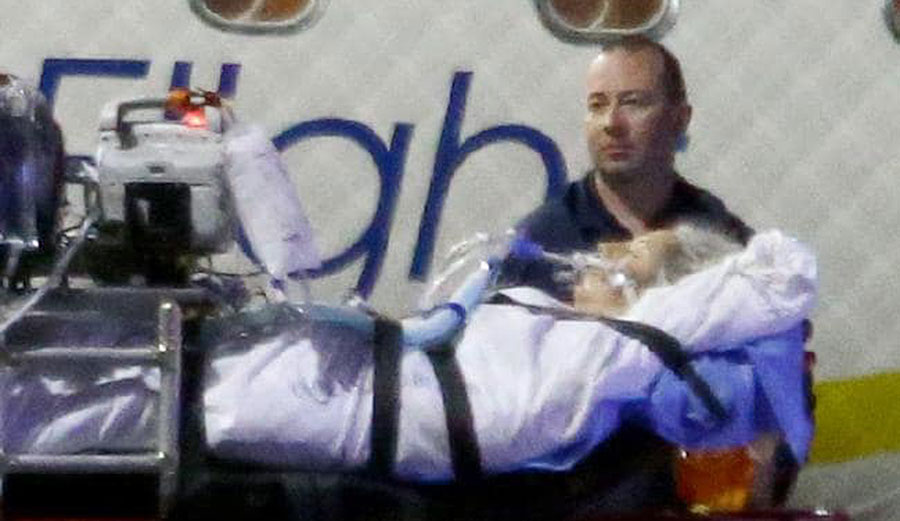 Shark attack victim Justine Barwick from Tasmania was flown to Brisbane after she was attacked while holidaying in the Whitsundays. Image: David Clark/News Corp Australia

Two shark attacks occurred in a span of 24 hours in Cid Harbour, an Australian bay in the Whitsunday Islands.

The first took place on Wednesday afternoon, when a Tasmanian tourist was bitten on her upper left thigh. The bite, which caused major bleeding, forced paramedics to airlift 46-year-old Justine Barwick to Mackay Base Hospital. There, she underwent surgery and is listed in critical condition. According to reports, the victim was snorkeling when the attack occurred, and “would likely have bled to death from a severe wound to her left thigh without the quick-thinking actions of people in nearby boats.”

The second attack happened on Thursday afternoon, when a 12-year-girl was swimming in the water off Cid Harbour. “Paramedics are treating a female child in a serious condition with a significant leg injury after being bitten by a shark in waters near Cid Harbour,” the Queensland Ambulance Service tweeted. “A critical care paramedic is at the scene with the RACQ CQ (Royal Automobile Club of Queensland) helicopter.” The girl is also listed as critical. 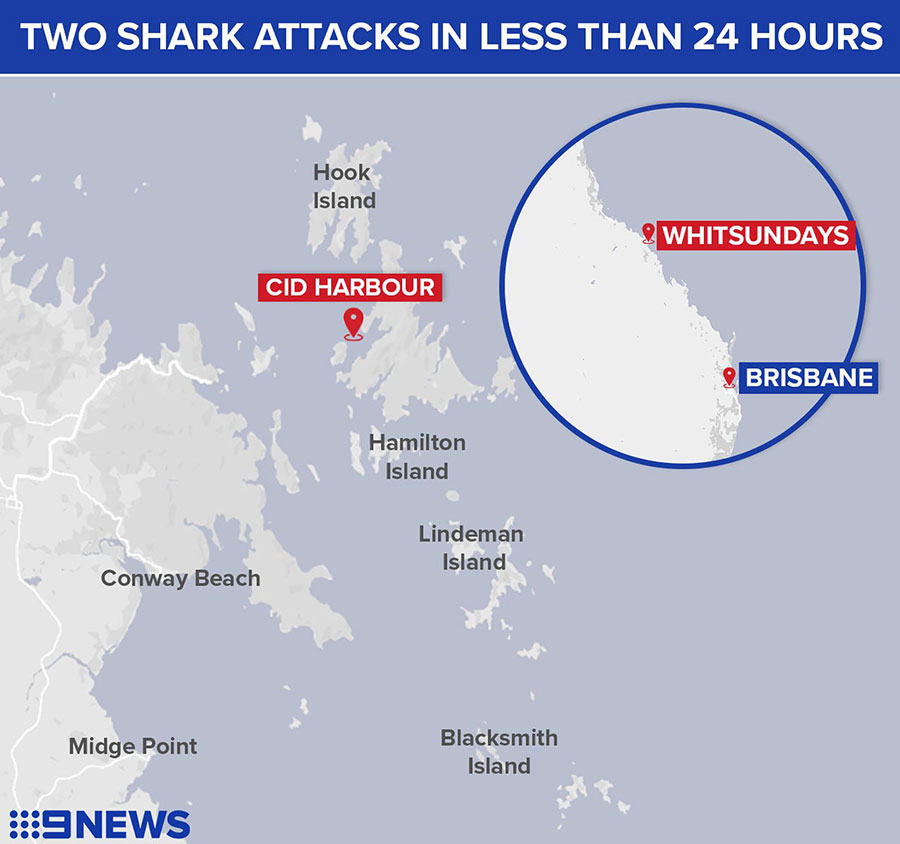 “It is horrific,” said Queensland Ambulance Service operations manager Tracey Eastwick. “For us as a community of paramedics, it is quite confronting to have two similar incidents in the space of less than 24 hours. “In north Queensland, shark attacks are not that common.”

Authorities put a no-swimming advisory in place for the area, and a Queensland Shark Control Program contractor has been hired to set out drumlines, which have been the focus of conflict in recent years. The last attack in the area, however, was eight years ago, and authorities are speculating that both attacks were caused by the same shark. “The priority is to reduce the current risk of dangerous sharks being in the immediate area,” said Queensland Shark Control Program manager Jeff Krause. “While shark control equipment does not provide an impenetrable barrier between swimmers and sharks, it is effective in reducing the overall number of sharks in the area, making it a safer place to swim.”

While authorities don’t know for certain what kind of shark may be responsible for the attacks, they are speculating based on the kinds of sharks that grow large enough to attack a human. “There are a variety of different species of shark that inhabit that area that can grow large enough to be a potential danger to people,” said Dr. Mark Read, Great Barrier Reef Marine Park Authority assistant director of reef conservation. “Bull sharks and bronze whalers can get to around 3.3 meters in size and are also known to inhabit murky waters and those sorts of inshore areas. “Tiger sharks are often inquisitive but they’re less pushy than some of the other sharks.”