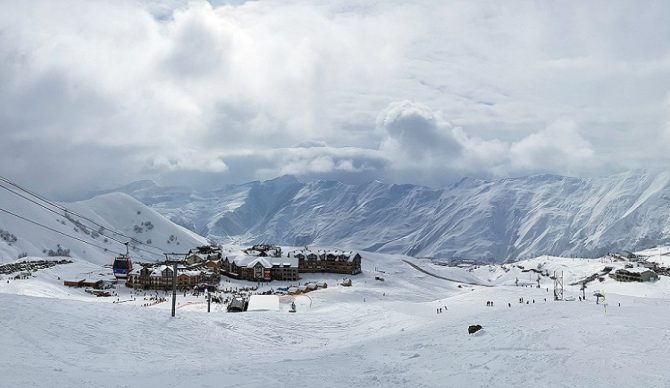 I’m assuming I don’t have to tell you that Europe is experiencing a very intense second wave of COVID-19 this winter, forcing a wave of new lockdowns and restrictions across countries in the European Union and beyond. Spain and France are in the midst of a second lockdown, Germany has been under a partial lockdown since the beginning of November and Italy has broken out into tiered ‘zones’ of varying restrictions similar to the tiered restriction system in England and the U.S.

On Thursday (Thanksgiving here in the U.S.), Germany’s Chancellor Angela Merkel called for an all-Europe shutdown of snow resorts until January 10, echoing similar statements from French President Emmanuel Macron and Italian Prime Minister Giuseppe Conte. “We will push for a vote in Europe on whether we can close all ski resorts,” Merkel told the German parliament. Conte has said much of the same, pleading with Italians to stay off the snow these winter holidays. “It will not be possible to allow holidays on the snow this year, we cannot afford it…Everything that revolves around holidays on the snow is uncontrollable,” he said. France’s messaging has been similar, with Macron calling for snow sports to be put on pause until after the holidays.

However, Austria and Switzerland – two countries that rely much more heavily on ski-tourism and were likely looking forward to the bump it would provide battered economies – have taken up a different tune. Switzerland, not a part of the European Union, is under much less pressure to follow suit with the rest of Europe and has already reopened many of its resorts, albeit with restrictions on daily visitors, social distancing requirements on the resort and strict bans on Après-ski gatherings. “Closing is simply not an option,” said Christophe Darbellay, president of Valais canton which is home to the famous Zermatt ski resort. Austrian officials have said much of the same. “If ski resorts have to stay shut, the EU has to offer compensation,” said Gernot Blümel, Austria’s finance minister.

Last season, Austria’s Ischgl resort was a major hotspot for the virus with international travelers bringing it back to their home countries, a story no one wants to see repeated. However, while Austria believes social distancing and other precautions will be enough to prevent such a spread from happening again, others aren’t so sure. “If Italy closes its lifts without support from France, Austria, and others, Italians could go abroad and bring the disease back,” said Giuseppe Conte.

Austria and Switzerland aren’t the only countries to buck the EU ski ban. Bulgaria has apparently rejected the EU proposed ski ban, and resorts in Sweden are already open with restrictions in place. Meanwhile, here in the U.S., we’ve been celebrating the (so far) safe opening of ski resorts across the country as the first snows start to fall. Let’s hope it stays that way.