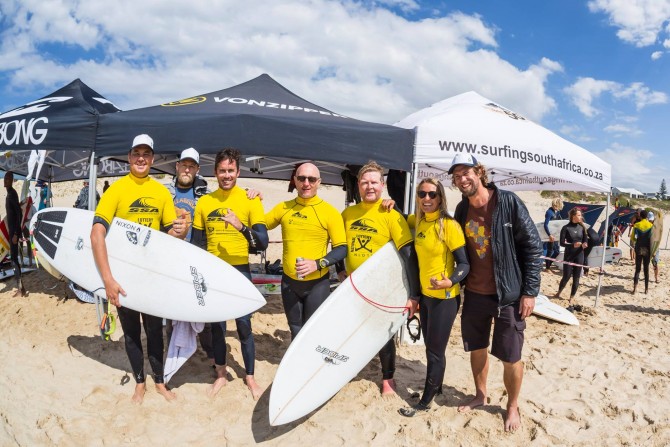 Hailing from the mining town of Johannesburg, a.k.a “The Big Smoke,” the Joburg Boardriders Club became the first-ever landlocked team in South Africa to compete in a national surfing event. The 2016 Billabong SA Interclub Surfing Championships was held this past weekend in excellent three- to four-foot, glassy conditions at Seal Point’s beach break near Cape St. Francis, site of the legendary Bruce’s Beauties break.

The Joburg Boardriders Club is the brainchild of  pastor Nathan Gernetzky, who lead his team into surfing history when they placed a respectable joint ninth overall. The team’s number one seed is former WSL QS campaigner turned plumber, Shane Warren. Lifelong friends Kevin Trevaskis and Byron Loker—who learned to surf together in the waters of Muizenberg, Cape Town—joined fellow Capetonian Dominic Barnardt and SA Masters Champion Tasha Mentasti in the event.

Hosts, Seal Point Boardriders Surf Club B Team, won at their home break. The Seal Point team won the title at Jeffrey’s Bay last year, earning them the right to host the event and enter two teams this year. Guided once again by legendary coach Graham Hynes, the B Team made an impression throughout, and in the end the combination of Ricky Basnett, Dale Staples, Jonno Hill, Simon Fish, and Crystal Hulett proved to be too strong for their opponents. The team posted a total of 161 points to take the title for the second year in a row. 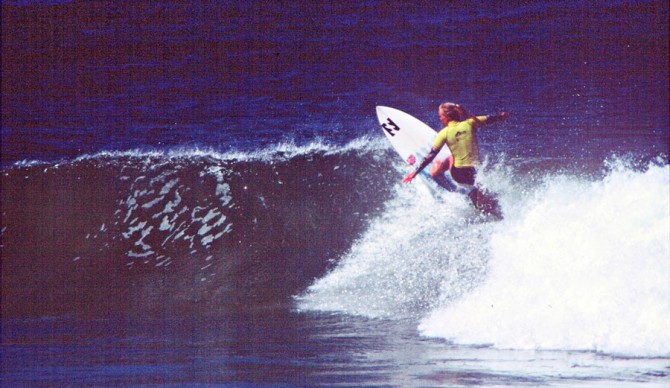 Seal Point’s Crystal Hulett made an impression throughout, and with teammates Ricky Basnett, Dale Staples, Jonno Hill, and Simon Fish, went on to take team victory. Photo by Byron Loker.

A standout performance by the SWOT Surf Club from Muizenberg saw them finish joint fifth, with 2013 champions J-Bay Boardriders, while some inspired surfing by the Sisonke Surf Club from KwaZulu Natal saw them ending seventh alongside 2014 champions, JBU Surf Club of Jeffrey’s Bay.

The full results of the tournament and pictures are available on surfingsouthafrica.co.za.