Here Are All the Open Ski Resorts in the U.S. Right Now 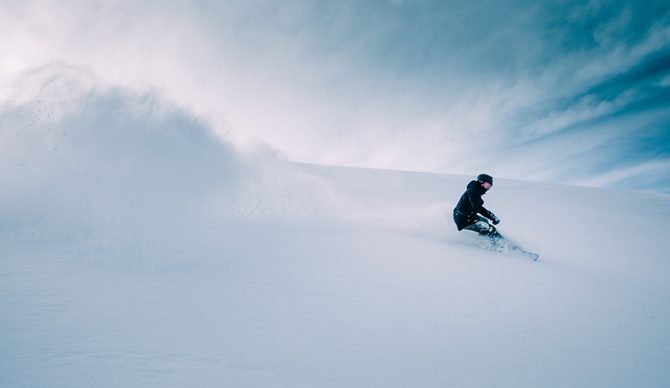 Strap on the boards, snow people — winter has arrived.  Or at least the front end of it. A handful of U.S. ski resorts have already received enough fresh snow to open doors and switch on the lifts. If you’re the type who prefers reps on the slopes and isn’t worried about depth  — or enjoys a brief respite before the denser crowds of December — then the time is now!

An early winter storm brought over a foot of new snow to Mammoth Mountain last week, and an early start to several other resorts in the Western U.S. So here’s a quick list of hills that are open right now. Get going:

Editor’s Note: Check back frequently, we’ll be updating this list throughout the season.

Arapahoe Basin – Colorado: Conditions sound stellar here, with the sun shining on new powder from the 11 inches of snow the resort has seen in the last three days. Until Nov. 18, you can ski on Friday afternoons for a resort special of just $40.

Brian Head Ski Resort – Utah: Though closed at this exact moment, the Utah resort plans to open doors on Friday, Nov. 11. It saw 15 inches of snow in just the last few days, so skiers and riders can likely expect plenty of early season options.

Keystone Resort – Colorado: While not fully open just yet, a handful of trails at this Vail Resorts-owned hill are ready to go. A Vail Resorts Epic Pass holder gets access an hour before everyone else. Window sales are possible, but you’ll save by buying at least a few days ahead of time.

Loveland Ski Area – Colorado: With 8.5 inches of snow in the last three days, Loveland revved up the lifts for early-season powderhounds. Buy tickets in advance to avoid the $100-for-adults window ticket price.

Mammoth Mountain – California: With a base depth of 7-15 inches and more snowfall expected in the coming days, Mammoth is open and welcoming skiers and snowboarders to the slopes.

Winter Park – Colorado: Just a handful of trails have opened up at Winter Park — but the same is true of most of the resorts on this list. And who knows what might happen if you arrive early? The resort forecasts more snow in the next few days.

Wolf Creek – Colorado: There’s a simple slogan for this resort: “The Most Snow in Colorado.” Given that the mountain already has 90 percent of its trails open — that’s 1,440 skiable acres in total — who’s going to argue?