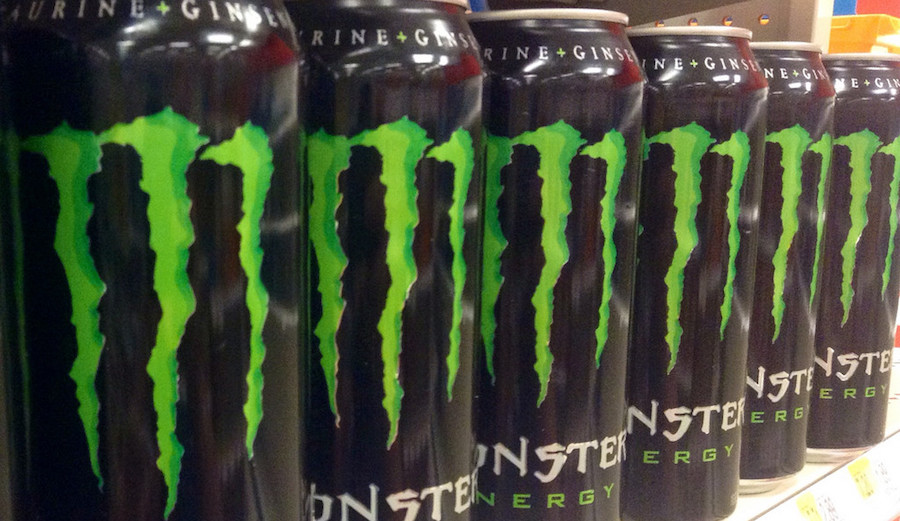 Energy drink company Monster Energy is the subject of a HuffPost report detailing five separate lawsuits against the company related to sexual discrimination and in one case assault. Photo: Flick/Jeepers Media

In an article published Tuesday, HuffPost reported that several men in the upper echelons of Monster Energy and one female former head of HR were implicated in five separate lawsuits with allegations ranging from assault to sexual discrimination. All of the men accused are still employees of Monster Energy, which sponsors many high profile action sports events and athletes, including defending 2017 WSL Women’s World Champion Tyler Wright.

According to HuffPost‘s report, John Kenneally, a vice president at the company, stands accused of bullying, harassment, and retaliation by three women (one of which he was in a consensual romantic relationship with). HuffPost claims to have acquired text messages from one of the women, who is a former employee, in which Kenneally calls her a “whore.”

Brent Hamilton, head of music marketing, awaits a criminal trial for allegedly strangling his girlfriend during a work-related trip in 2016. The plaintiff, Sara Rabuse, is a 37-year-old makeup artist who briefly dated Hamilton.

In another suit, Sarah Lozano alleges Christina Seafort, who was head of HR in 2014, accused her of sleeping with a married colleague despite Lozano’s numerous claims to the contrary. According to Lozano, this made for a hostile work environment, and in 2015 she resigned.

Monster Energy, according to HuffPost, responded to the outlet’s request for comment with a 600-word statement – one that the story references but does not provide in its entirety. In the case of each lawsuit, Monster Energy categorically denies a culture of sexual discrimination, arguing that the five instances are unrelated. “The only connection is that these individuals suing Monster for money have endeavored to band together to litigate their cases in the media,” Monster told HuffPost in a statement. “The cases are diverse, unrelated and do not remotely suggest a systemic environment of harassment or discrimination.”

The Inertia‘s requests for comment were not returned by Monster’s PR team at time of press.

In short, according to HuffPost, Monster contends that the suits levied against John Kenneally are simply the result of disgruntled former employees and a former girlfriend. Notwithstanding, he’s been put on paid leave pending an internal investigation.

Monster claims that Lozano’s lawsuit reflects a disagreement with a former boss and not a matter of gender discrimination.

And as for the criminal case pending against Brent Hamilton, Monster said, “There is nothing in Mr. Hamilton’s employment history with Monster, or otherwise, that would have suggested he has a violent or abusive history or that he and his ex-girlfriend would have gotten into a private domestic dispute as alleged.”

Irrespective of the outcomes of these lawsuits, which experts who spoke to HuffPost believe will be resolved by arbitration behind closed doors (with the exception of Hamilton’s case), these allegations represent perhaps the first very public instance of the #MeToo movement rippling into the action sports industry. According to its website, Monster sponsors many elite male and female surfers, snowboarders, and skaters including Conner and Parker Coffin, Owen Wright, Makua Rothman, Shane Dorian, Griffin Colapinto, Filipe Toledo, Chloe Kim, Jamie Anderson, Ishod Ware, Nyjah Huston, and Rune Glifberg.

Updated on January 24 at 9:43 p.m. PST: Since publication, Monster Energy’s attorney provided The Inertia with the following statement. It is reproduced below in its entirety.

“Monster Energy has zero-tolerance for discrimination or harassment of any kind. Monster takes all reported complaints very seriously. Any suggestions to the contrary are false. If the company’s discrimination and harassment policies are violated, appropriate action is taken, up to and including termination of employment. Monster also requires that employees at all levels undergo anti-discrimination and anti-harassment training.

“Additionally, contrary to the statement in the article that “Monster is a company run nearly exclusively by men,” many women hold top leadership positions within Monster. In fact, Monster’s Chief Commercial Officer, North America – responsible for more than 75% of all group sales and approximately 700 employees – is one of a number of senior leadership roles held by women throughout the organization.

“Monster is a global company with approximately 3,000 employees worldwide. Monster firmly believes in a diverse and inclusive workplace. Monster has a long history and strong track record of treating its employees with dignity and respect. The cases at issue are diverse, unrelated and, as the investigations to date have shown, do not remotely suggest a systemic environment of harassment or discrimination.”