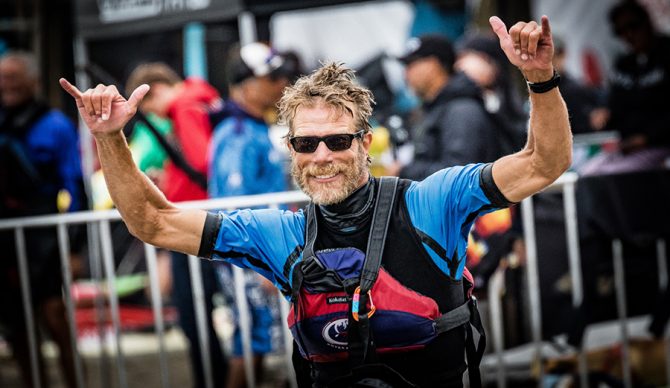 For those practiced in the art, whitewater kayaking can give immeasurable gifts – access to endless wilderness, canyons deeper than one could ever imagine, nature rarely touched by the hands of man. But the pursuit can also take away in the most painful of ways as it did over Memorial Day Weekend when Idaho kayaking legend Jim Grossman was killed on the South Fork of the Salmon River.

Grossman – 56 and an extremely gifted paddler – was with his son Buey, now a Division I college ski racer in Maine, and another friend, Henry Cherp, when things went wrong. The South Fork of the Salmon, currently at the heart of a heated land-use issue regarding a proposed mine, is a gem in the whitewater community. From high flows to low water, the granite bedrock river allows a wide-range to travel through its pine tree-lined canyons as it crashes from the Central Idaho wilderness into the Main Salmon River miles above the small town of Riggins.

Long a prize of the Nez Perce Tribe, the South Salmon was once a haven for its namesake fish. But at high flows, when Grossman was running it, it’s considered one of the premier big-water Class V runs in the American West. The river tumbles and crashes 36 miles in a continuous matrix of hydraulics with waves and holes that work to tear one from the plastic kayak. It’s like paddling a giant earthquake as the ground rips open and crumbles away into the abyss, the paddler working to move from one stable patch to another without sinking into the depths. But Grossman was well within his limits to paddle such a river. His family told me that the flow was between 5.5 and 6.5 on the gauge used to measure it and receding, and he had paddled it at higher flows before.

According to sources close to the family, the accident happened at a rapid called Greyhound. Buey and Henry went right and Jimmy went left to avoid a massive hole in the rapid. Jim apparently ended up being surged into the hydraulic and was recirculated, eventually coming out of his boat. Due to the speed of the river, the rescuers weren’t able to catch up to him until after Fall Creek.

Fall Creek Rapid, the biggest drop on the river where Grossman’s body was found is approximately six miles downstream. Rescue personnel were able to reach him there after receiving an SOS call from a Garmin inReach device. Swimming from a kayak is a nightmare scenario when paddling big water as it’s your only lifeline in the chaos. Without it, a paddler is left to the river’s devices.

Jim and his brother John were born in Santa Monica and ocean surfed for much of their youth (their father Sam was one of the original members of the San Onofre Surfing Club). But Jim’s legend was cemented in Idaho, where he started paddling difficult whitewater in his teens.

“There’s this family story where Jim was 15 or 16 and he kayaked the Middle Fork of the Salmon with my dad at nine feet – big water,” John told me. “Jimmy had to rescue my dad and got him out of a bad situation. I ran the Deadwood River (in Idaho) with him for the first time recently and had an epic swim and he got me out of it. He was always the guy you wanted to be with when shit went down. He was the most competent, focused, and professional paddler I knew.”

Jim made the North Fork of the Payette (kayaking’s Banzai Pipeline) his focus. While other kayakers were just working to get their bearings, in the nineties, Grossman became the first, and perhaps only, kayaker to paddle the entire 15 miles of relentless Class V rapids using only his hands – that’s right, no paddle. He dedicated his life to that river and taught his son Buey its every nuance. 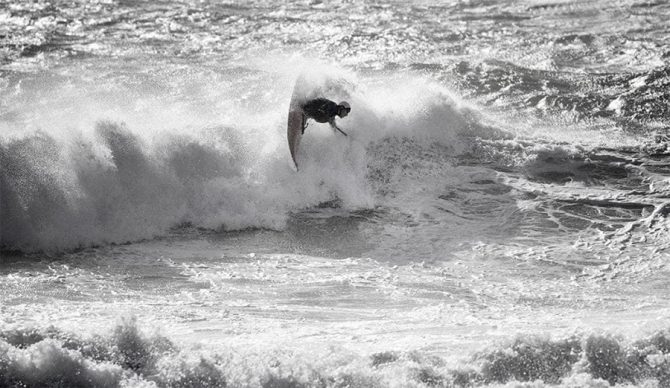 Jimmy knew how to navigate in the surf, too. Photo: Vincent Shay

Grossman, a versatile athlete who stayed in peak physical shape thanks to his backcountry skiing and other pursuits, also dove head first into surf kayaking, where he would eventually become a multi-times world champion, traveling the world to compete. He was a focused competitor with the ultimate confidence in his abilities. But he was the first guy to save a surfer or kayaker in distress.

And giving was a part of his being. He and the Grossman family are relentless champions of conservation in the Southern Idaho region. A trail in the Boise foothills is named for his mother (Peggy’s) thanks to the family’s donation of land for building trails. Jim was also a key figure in bringing the Special Olympics to North America’s first ski town, Sun Valley. John says he and the family will continue to fight for the protection of the South Fork from the aforementioned Stibnite mine. “Jim was an extraordinary conservationist, father, philanthropist and friend,” Boise, Idaho mayor Lauren McLean told the Idaho Statesman. “My deepest condolences go out to Jim’s family, especially his two children. I’ll think of him and the impact he had on our state and community every time I visit Peggy’s Trail in the foothills.”

Grossman’s death hit me particularly hard this week. I ran into him randomly in Cascade, Idaho while on holiday with my family as he was meeting his crew for that fateful trip. One of my favorite memories of the man was watching him in a freestyle kayaking contest in the early 2000s on the Snake River, with his son Buey popping out of his spray skirt as his dad surfed. I reminded Jim of that and he told me how he’d had a custom skirt made after so he could paddle more comfortably with his young boy. I was struck by the pure joy he exuded because he was about to paddle a fantastic wilderness run with his son again.

It’s been said that the river is a great equalizer. For all the joy it provides, it can be terribly cruel. It doesn’t see race, creed or color, and to paddle difficult whitewater, one only needs to bring preparedness and a laser focus. But even then, things sometimes don’t work out. The river took one of its favorite sons home with it this week. And sadly, the paddling community is now lesser for it.

Editor’s Note: Jim is survived by his two children, Buey and Saba, his wife Shannon Engemann Grossman, his children’s mother Pirie Jones Grossman, his brother John and sister Courtney and his parents, Sam and Peggy.