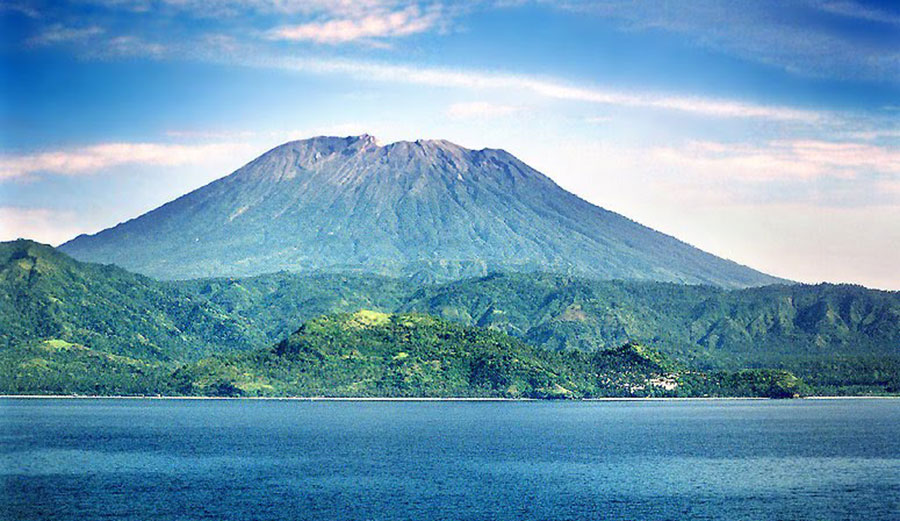 Mount Agung is set to erupt, according to vulcanologists. Photo: Bali Arya Tours and Travel

If you’ve been to Bali, which you hopefully have, you’ve seen Mount Agung. It’s beautiful–a soaring vista surrounded by jungle and backed by Bali’s perfect sky. But around 50,000 people have been evacuated because vulcanologists are pretty sure it’s about to blow its top.

Mount Agung hasn’t erupted in over 50 years, but seismic activity around it has significantly increased over the last few weeks, prompting the evacuations. Starting in August, indications that magma was making its way to the surface began to show. Shallow rumblings have locals worried, and on Sunday, a 700-foot plume of sulphuric smoke belched from the peak.

“If an eruption occurs, there is considerable disaster potential,” warns MAGMA, Indonesia’s volcano monitoring body. “People around Mount Agung also do not have enough experience to face the eruption because this volcano last erupted … 54 years ago.”

In 1963, when Agung last erupted, pyroclastic flows killed over 1000 people and threw ash six miles into the air.

If it does erupt, here’s what the impact would likely look like: 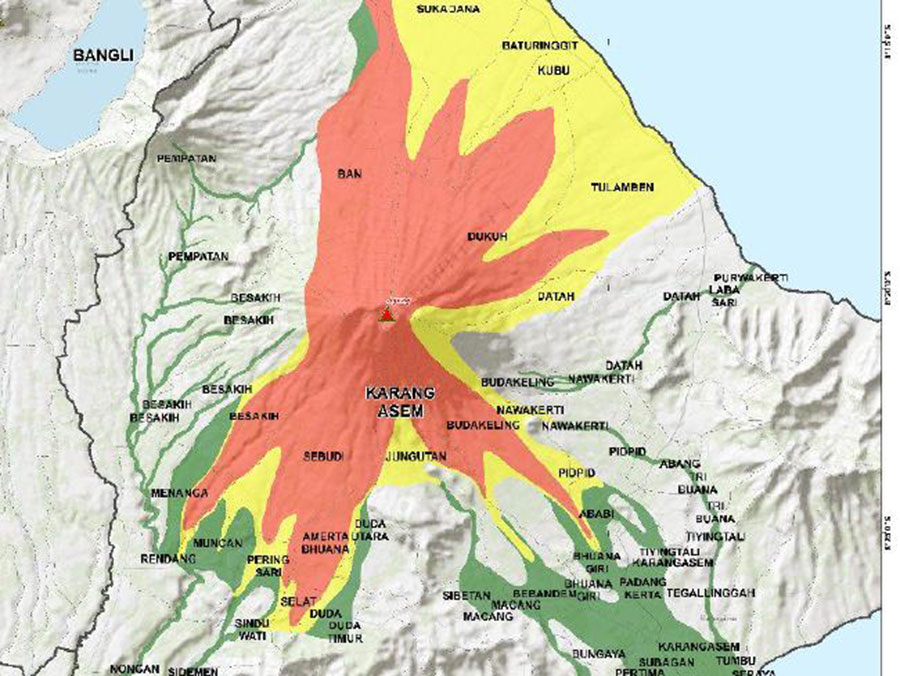 A 7.5-mile exclusion zone has been set up around the base of the mountain, and some of the evacuees have been sent to 300 temporary shelters, while attempts to relocate some 14,000 others are currently underway, according to the National Disaster Management Agency.

Mount Agung sits just under 50 miles from Kuta and Seminyak, both of which are busy tourist destinations. As of Monday morning, no flights have been canceled, but airlines are actively avoiding the area.