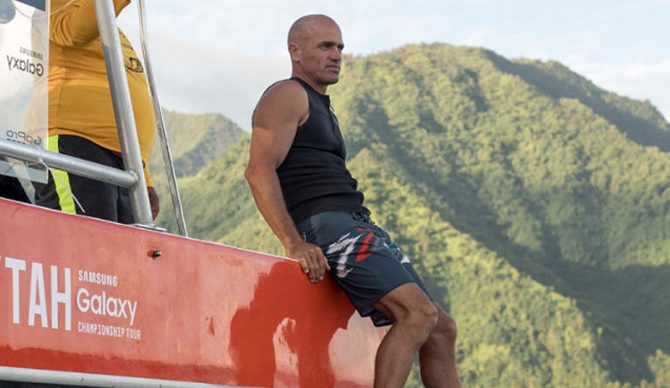 Kelly Slater was given an injury wildcard for 2018 after a broken foot at J-Bay ended his 2017 Tour halfway through the year. With that wildcard, he’s surfed two heats on Tour this year, only competing in South Africa where he fell to Jordy Smith in Round 2. Going into the Tahiti Pro Teahupo’o, the CT’s 7th event of the year, the 11-time champion sits at 36th in the rankings with “INJ” next to his name five times. Meanwhile, his highest scoring wave of the year is a 7.07. This is not a stat line anybody would guess Kelly Slater would hold in what was expected to be his swan song.

On Wednesday he announced Tahiti, an event he once won on a bum foot, will be his sixth injury withdrawal to add to that list. 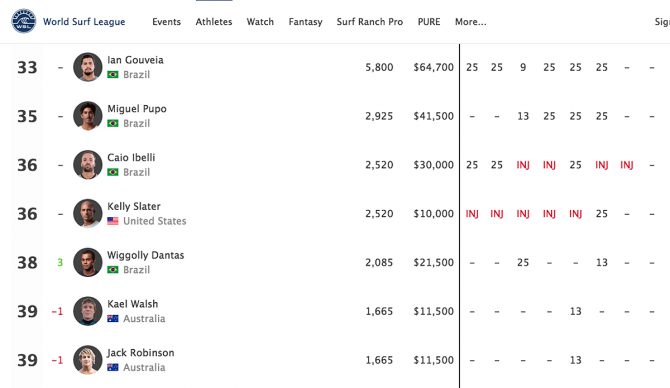 It’s important to note that the broken foot suffered at J-Bay in 2017 doesn’t seem to be the sole problem, though. In June, Kelly admitted he was grunting through a ligament strain going into the 2018 J-Bay event:

“I’ve had 5 foot injuries now since 2003, the latest coming last week with a strained ligament (#TurfToe) on the same foot (R) I injured last year,” he said. “Not a major injury but puts me in doubt. Sometimes the universe directs you to where you need to be. Injuries used to really freak me out but they’ve taught me patience and a sense of calmness somehow.”

He also said earlier this year that the foot injury “symbolizes a lot at this point in my career both as an ending and as a beginning.”

The WSL comes to Lemoore in September so Kelly himself can host the Tour’s eighth stop of the year. One would assume he’ll compete on his own wave.

But then again, we know what they say about assuming. Especially when it comes to assuming anything about Mr. Slater.