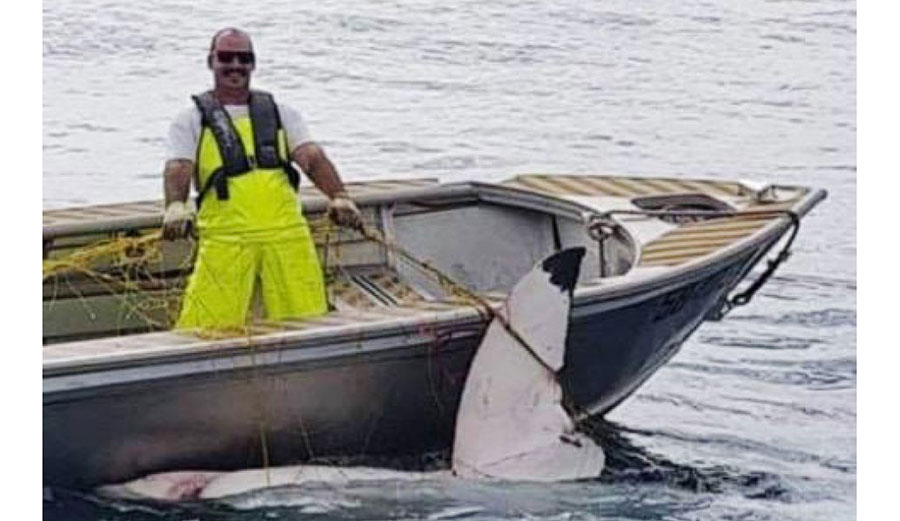 The enormous great white shark was found in a shark net in NSW. Image: Facebook/Trapman Bermagui

Australian officials from the New South Wales Government confirmed that a 15-foot great white shark was found dead in the nets off Sydney’s Maroubra Beach. Contractors doing routine checks found the enormous animal and removed it on Monday.

“This morning I witnessed a boat checking the shark nets of Maroubra beach,” said Adam Cree from Blue Reef Fishing Charters. “They looked like they were struggling to get something up. It was big. The biggest shark I’ve ever seen, and I’ve been running charters off Sydney for 20 years. We catch small sharks on a regular basis but not to that scale. That was definitely a man-eater, no question about it.”

Surf Life Saving NSW said that Maroubra beach was closed until just after 11:00 a.m. According to Trapman Bermagui, a NSW-based fisherman, the shark weighed over a ton. “The tail alone was 2m tall, with the pectorial fins of over 1m. Shark is pushing over a ton in weight,” he wrote on Facebook. “One of Sydney’s most popular surf beaches.”

Shark nets are an issue of much debate in recent years, although the nets have been used for over two decades. “The shark nets off Sydney are a state government-run project,” Bermagui continued. “I do know the guys who do this job and they work hard to keep our beaches safe – whether you agree with shark net protection or not, these guys are not the ones to abuse.”