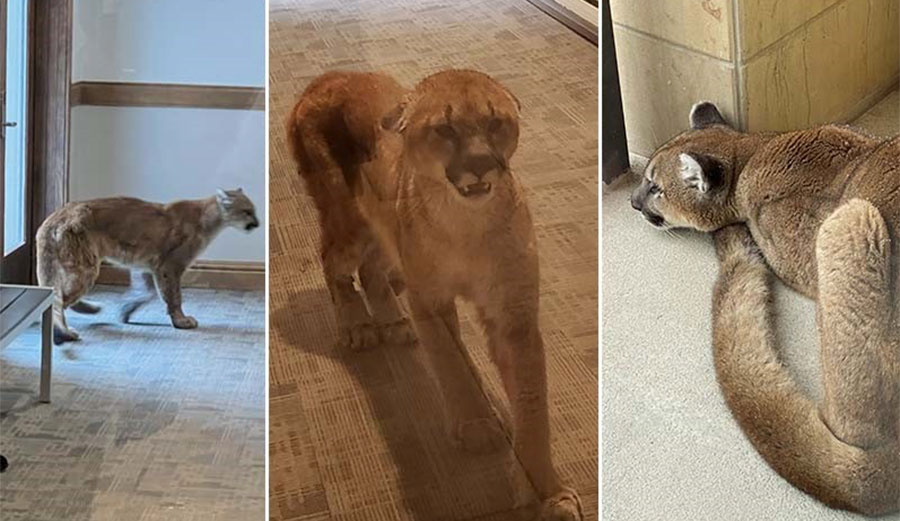 The mountain lion was put down after it wandered into a condominium lobby. Photos: Vail PD

A sick mountain lion in Vail, Colorado was euthanized on Saturday after it wandered into a condominium building. According to police, it was “severely emaciated and in poor health.”

The Vail Police Department was called to two separate incidents around the Lionshead Village area that involved the mountain lion. According to Cmdr. Justin Liffick, it was first spotted peering through windows west of the Vail Town Center. Authorities were called a second time when the mountain lion was seen inside the main lobby of the Vail Spa Condominiums. Police secured the area, then managed to capture the animal after shooting it with a dart.

“The mountain lion entered the main lobby of a condominium property, where officers were able to confine it to a secure area of the hotel in cooperation with property management,” Vail police wrote. “Colorado Parks and Wildlife officers responded and were able to successfully dart and immobilize the mountain lion. Unfortunately, officers discovered the mountain lion was severely emaciated and in poor condition, which likely contributed to its desire to be in close proximity to humans. As a result the animal was euthanized.”

Although there are mountains lions in the area, seeing one is relatively uncommon. “They are usually very elusive,” Liffick said, “and encounters with these wild animals are very rare.”