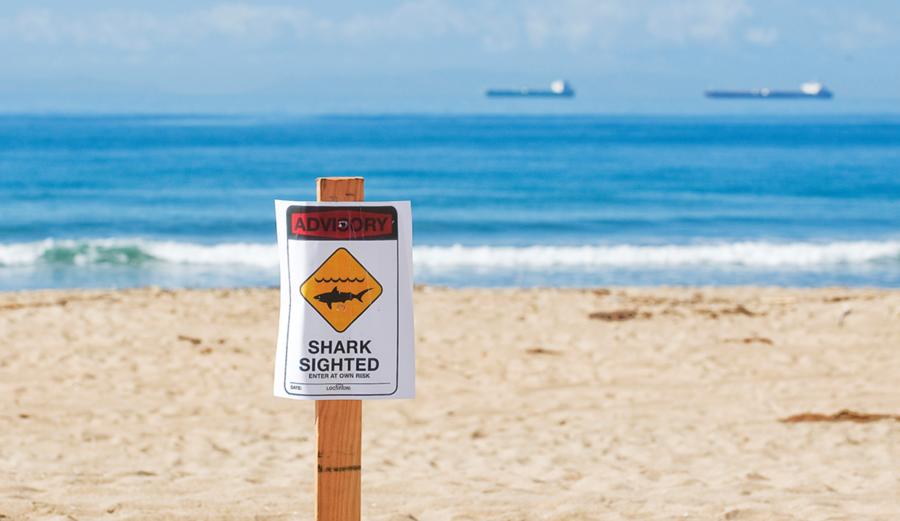 Multiple shark sightings closed a popular stretch of beach in California’s San Clemente on Friday afternoon. According to The OC Register, a pair of surfers reported spotting the sharks just outside of 204, a wave near North Beach.

At just before 3 p.m. they reported the sightings, which included a 10-foot shark and two or three five-footers, prompting authorities to shut down two miles of sand from Poche Beach to T-Street. The closure remained in place until 7 p.m.

Although the sharks were not behaving aggressively, the decision was made to close the beaches due to the size of the sharks. “Any time the shark’s estimated to be eight feet or greater is when a closure would be implemented,” said San Clemente Marine Safety Officer Blake Anderson. “Any time we do a closure, it’s a mile north and a mile south of the location from where the sighting occurred.”

It’s not exactly rare to see a shark at this time of year in San Clemente—July is pupping season, after all—but a 10-foot shark isn’t a pup. Just a few days prior, sharks were spotted at Del Mar, south of San Clemente, and back in June, a shark sighting put a hold on the Toyota USA Champs at Lowers.