At the end of Canada’s Route 430 lies a strange and mystical place (to snowboard): the Northern Peninsula of Newfoundland.

If you choose to explore it, you’ll run into some wild characters who built a niche snowboarding scene there. That’s clear from The North Pen Tapes, a collection of original and found footage that celebrates the idiosyncratic community.

Heads at apparel and media company Voltfuse raided the vault and dug out VHS footage jam-packed with vintage ride edits and stellar B-roll. You’ll see locals like Dru Kennedy and Matt Scott ride, along with relative unknowns like Alex Henniffent and Matt Noseworthy. We also get action takes from snowboarding’s recent past that help weave a narrative to present-day riding.

These characters build park features all over the towns of the “North Pen,” and get out into the countryside for some good, clean turns in the backcountry.

Then there’s the best part: the colorful local perspective. The host at the Grenfell Heritage Hotel & Suites is a singular gem, holding forth on topics from gardening to knitting to shooting snowboard footage with textbook Canadian politeness.

“When I’m out, if I’m taking pictures, no matter how cold it is — I’m gonna get my pictures,” she says in the film.

You’re darn skippy she is. Kick back and enjoy this carefully-crafted snowboarding short. 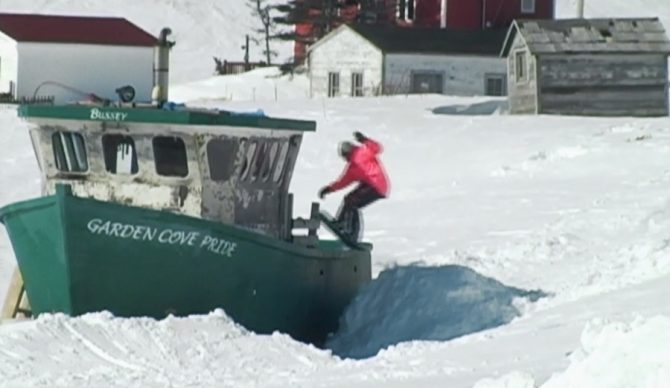