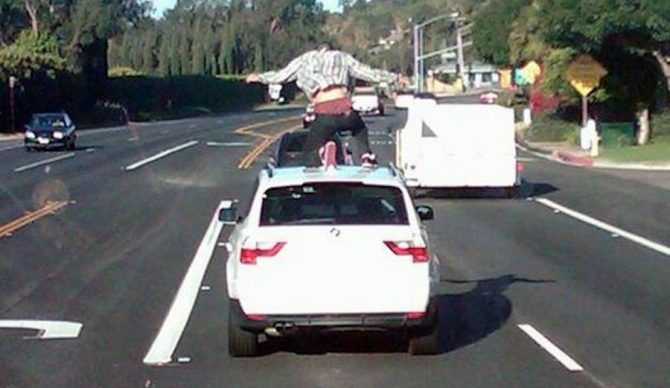 A 21-year-old woman died early Sunday morning when a game of car surfing went tragically wrong, according to reports.

Wilberta Becenti, from Nageezi, New Mexico, was intoxicated while standing on a vehicle that hit rough dirt roads, causing her to fall off, said Lt. Kyle Lincoln, a San Juan County Sheriff’s Office detective. Whether the driver was also intoxicated is still under investigation, said Lt. Kyle. No charges have been filed.

Becenti’s death is the latest in a recent string of car surfing accidents, seven of them fatal.

Last month, a 14-year-old girl fell off the hood of a friend’s Jeep in Omaha, Nebraska, reported USA Today. She sustained a skull fracture, and is expected to recover. A Columbia Heights, Minnesota teen also fell off a friend’s car back in April. Andrew Green, 17, sustained serious head injuries, ultimately leading to the removal of part of his skull and a month-long medically induced coma.

“If I ever have the chance to tell someone or stop someone, I want to take that chance,” said Andrew. “I don’t want anyone to end up like this, and there is a possibility they could end up even worse than this.”