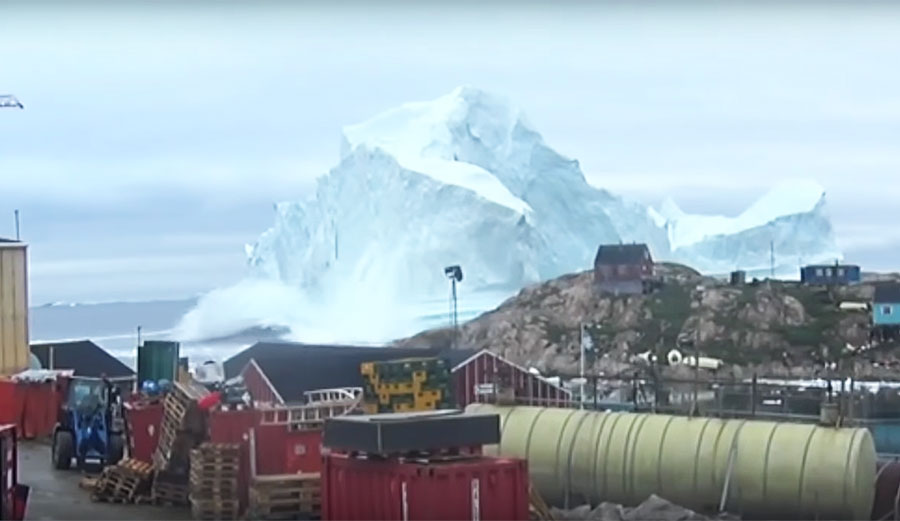 The iceberg looms over the tiny village of Innaarsuit.

It’s not likely that you’ve ever heard of Innaarsuit. It’s a tiny coastal village in Greenland that is sitting in the shadow of a towering iceberg. It’s a beautiful place, remote and peaceful. Now, however, residents are being evacuated in fear that the melting iceberg could break apart, sending huge waves into the village.

“Residents were evacuated in the early hours of Friday in fear that a flood would hit the place as a result of the broken iceberg,” Greenland police spokeswoman Lina Davidsen told Danish broadcaster TV2. “All the people in the danger area have been evacuated to a building that is further up in the village. The evacuation happened only because the iceberg is so close to the village.”

The iceberg is enormous. Estimated to be around 10 million tons, it’s nearly 700 feet wide and over 900 feet tall. It’s so big, in fact, that the European Space Agency took a photo of it from space. 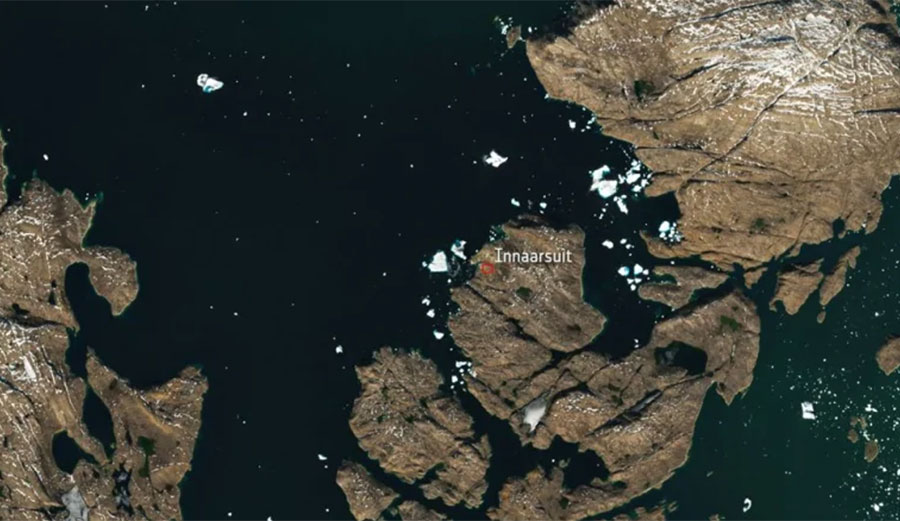 The massive iceberg is visible from space off the coast of the village of Innaarsuit on the west coast of Greenland. Image: European Space Agency (ESA)

In mid-July part of the glacier calved. That calving event sent a wave into the town, stirring fears that a larger chunk could be devastating. “You can see a significant flood, and it’s dangerous if you sail around in dinghies,” Keld Quistgaard, from the Danish Meteorological Institute, told Danish media. “The wave can be filled with glacier ice that is very hard.” According to CBC, Quistgaard is worried that there are still thousands of tons of ice that could break off at any moment.