Russian Fishermen Hauled in a 1.2-Ton Moonfish, Then Fed it To Bears 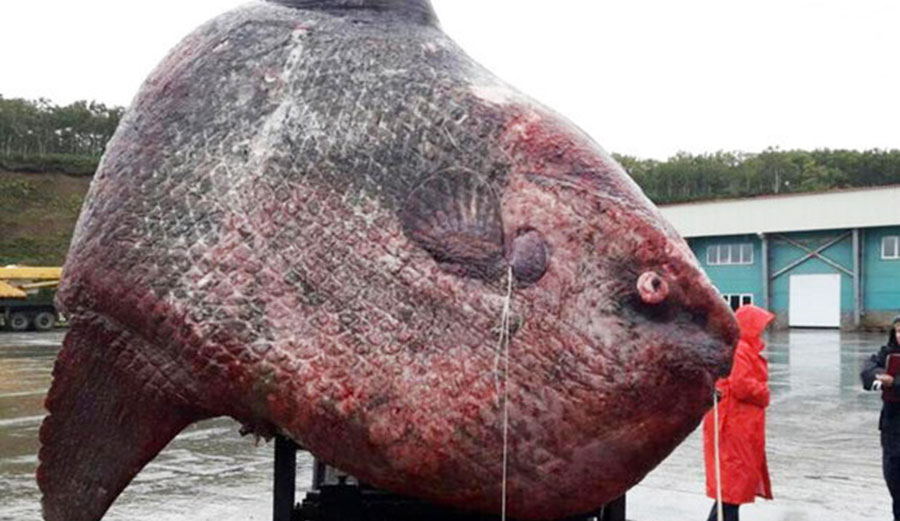 Russian fishermen often catch some very odd things. Recently, a few of them caught a fish that tipped the scales at just over 2,000 pounds. The moonfish was landed on September 9th at Iturup in the Kuril Islands, a chain in Russia’s Sakhalin Oblast region.

“There hasn’t been such a huge fish, at least to my memory,” said local fisherman Arthur Balkarov to The Sun. “Sometimes you can get catfish that are also known for their size and their length reaches up to five feet, but I have never seen a moonfish out here that weighs a ton.”

Usually, due to its enormous size, a moonfish weighing 1.2 tons would be donated and preserved. The average moonfish weighs around 500 pounds. In this case, however, the fishermen did something that pissed a lot of people off: they displayed it for a few days and let it rot. Then, according to The Sun, they fed it to wild bears.

Although a moonfish was caught back in 1908 that weighed just over two tons, this one is the largest ever caught in the area.  Social media backlash against the fishermen was quick and angry, although it could be argued that feeding bears is a much more practical use of the fish than preserving it for research.  “Why wouldn’t they take a picture and let it go?” one commenter said. “It got rotten and they threw it out.” Another said, “They simply murdered such a huge fish. It could have still been living in the ocean.”