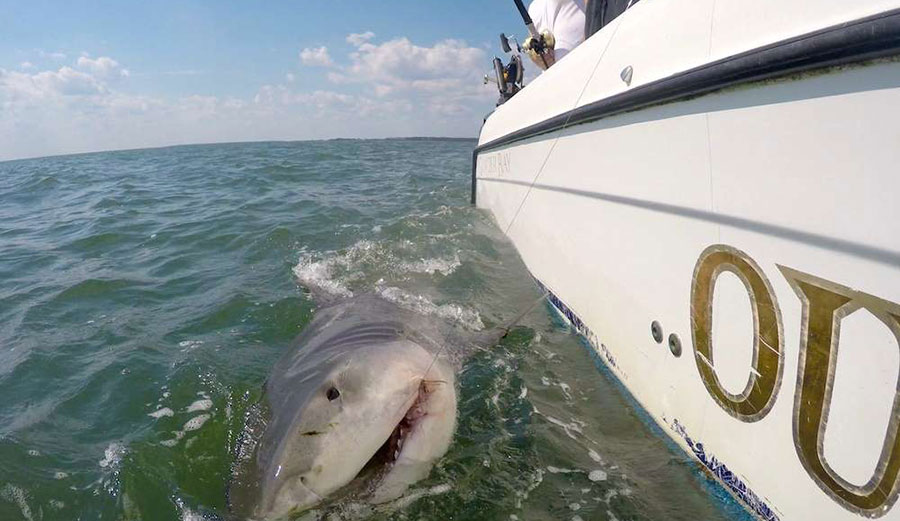 Chip Michalove, the captain at Outcast Fishing, caught a massive shark recently. It was over 12 feet long and weighed somewhere around 1,000 pounds. Landing a shark that size is worth talking about, but there was something even stranger. It was the second time Michalove had caught it.

As one would imagine, hauling in a fish that size would be quite an ordeal, and one would be imagining correctly. “It was like hooking a tug boat,” Michalove told USA Today, explaining that the shark went where it wanted for most of the fight, as he pursued with the boat. “A tiger shark this size pulls like a dump truck.”

Michalove, along with three clients, spent nearly an hour battling the massive tiger shark off Hilton Head, South Carolina. This particular shark, as it turns out, has been caught and released three separate times, making it perhaps the unluckiest shark in the sea. The first time was back in 2013, when Michalove caught it and attached its first tag. Then, In 2017, South Carolina Department of Natural Resources pulled it in, stuck it with a satellite tag, and released it. This time, however, the shark escaped unscathed, save for a fresh mouth piercing.

As big as this shark is, it’s not even close to the world record: a 1,785-pound tiger shark caught off Australia in 2004. Still, though, the chances of catching the same shark are slim to none. But, like they say, “there are plenty of fish in the sea.”