Surfers to Khosla: Negotiation Over Martin’s Beach Not New 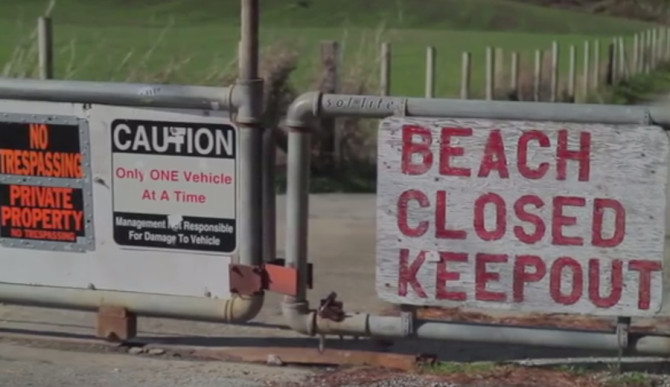 The case is setting a precedent for public access. Photo: Martin’s 5

On July 16, San Mateo County Superior Court Judge Barbara J. Mallach heard closing arguments in a case over public access to Martin’s Beach, a treasured beach and surf spot south of Half Moon Bay. We were quite surprised to hear Vinod Khosla accusing my organization, the Surfrider Foundation, of refusing to negotiate public access across the land he owns. And in a Mercury News article by Aaron Kinney published the same day, Khosla is quoted as saying, “there are massive lies and misrepresentation on the issues here. Surfrider and the Coastal Commission are attempting to coerce and blackmail me.”

Khosla was again resorting to selective memory regarding this case, just as he did throughout his trial testimony. Let’s get the facts straight. Surfrider tried for years, through letter writing campaigns and more, to bring Khosla to the table to negotiate public access. It appears Khosla has forgotten Surfrider’s efforts from 2010 to 2013, before the lawsuit was filed. Surfrider has the letters to prove it. You can access them in our campaign timeline at martinsbeach.blogspot.com.

When Khosla locked the gates in 2010, Surfrider members began by trying to figure out exactly who owned the property at Martin’s Beach. Khosla hid behind his limited liability corporations, Martin’s Beach 1 and 2 LLCs, until discovery in separate litigation made it clear he was the owner. While the owner’s identity was under speculation, on Aug. 3, 2011 the Surfrider Foundation San Mateo County Chapter sent a letter to Khosla asking him to meet to discuss access concerns. Specifically, Surfrider sought his assistance “in a spirit of mutual cooperation” and promised that in return for Khosla’s cooperation, the Chapter would “be willing to work with [him] to secure orderly public access.” A month later, Surfrider received a response from Khosla’s attorney explaining that the LLCs had been waiting for an enforcement action to be brought against Khosla and would not discuss access arrangements until the fundamental legal questions had been resolved by the court.

Despite the desires of Khosla and his attorneys for the matter to go to litigation, Surfrider again tried to resolve the issue through negotiations. The Chapter sent a follow-up letter to Khosla’s attorney explaining that Surfrider would be “pleased to help broker a deal in this regard,” and would even “tout the magnanimity of Mr. Khosla should he be persuaded to set such a positive example to the world” and grant public access. Khosla never responded to this request for negotiation. Instead, he kept to himself and kept the beach closed.

Surfrider isn’t the only entity that has tried to communicate with and appeal to Khosla to address public access. The County of San Mateo and the California Coastal Commission have asked. More than 1,500 letters were sent to him from concerned citizens asking him to address access as well. The media has been covering this story for years and he has declined to respond, until now. The Surfrider Foundation is a non-profit organization that turns to litigation as a last resort when all other methods to resolve an issue fail. Only then were we forced to bring suit in March 2013.

Surfrider’s request continues to be simple. We are asking Khosla to comply with the law and seek a permit from the Coastal Commission to develop in the coastal zone, which includes any changes to the property that alter the intensity of use of the coast such as locked gates, signage and guards. Every other property owner has been required to do this since the Coastal Act was passed in 1976.

The beach is an astounding natural resource held in common, a resource that everyone has the right to enjoy — billionaires and the rest of us alike.

This article originally appeared on MercuryNews.com.