This Is Milo, a Hands-Free Communication Device You Can Use Wherever You Play 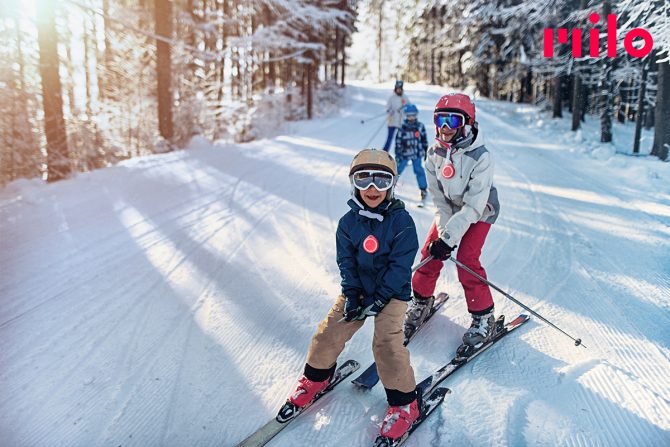 Ready to meet the next big thing in action sports technology? Say hello to the Milo Action Communicator. This groundbreaking device will allow you to hold a natural conversation with friends and family while on adventures without needing to shout or free a hand to push a button on a walkie talkie. With so many features packed into such a small device (and only so many words I can put on this page before boring you) to learn more about the technical aspects, check out the Kickstarter page.

Yesterday I chatted with Peter Celinski, CEO and founder of Loose Cannon Systems, the developers of the Milo. Peter’s enthusiasm for the potential of the new device was palpable, even over Zoom. “I picked up skiing as an adult and so have never been able to match my kids for speed. We tried using walkie-talkies to stay in contact, but quickly realized how poor of a solution they are – stopping mid-ride to take off gloves and try to work the device with frozen fingers is no fun. Having the ability to stay connected in these situations is important, and the reliability and ease of use with the Milo completely changes the experience.”

The Milo is for any and all adventures. Photo: Milo

One thing I was skeptical about was wind noise. Thinking about my own failed attempts to use a portable speaker on the ski slopes I found it hard to imagine that something as small as the Milo would be loud enough to be heard and powerful enough to pick up my voice through the wind. “As far as actually hearing the device itself,” Peter said, “you can’t compare it to a phone or portable speaker. Because it’s not a music playback device and only needs to cover the range of human speech, the speaker can be driven much harder. As for picking up your own voice, the Milo has six microphones in different locations. Regardless of the wind direction, at least one of those mics is going to be protected from wind and able to pick up your voice.” 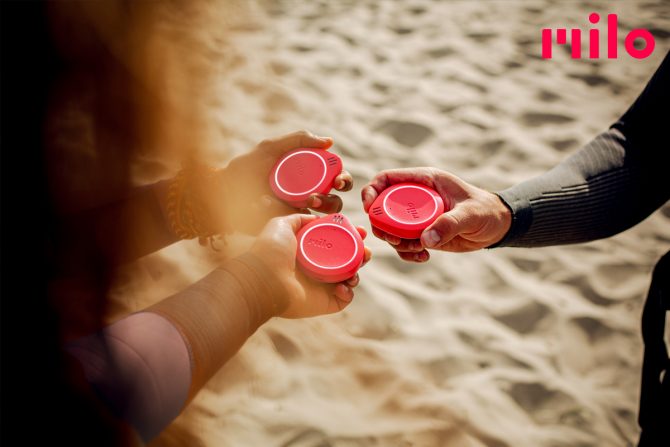 Simply bring the devices close together and push a button to create the secure mesh network for communication. Photo: Milo

Milo is capable of connecting up to 16 people at a time, and Peter says they’re working on expanding that down the line to expand use cases beyond friends and family. “Coaching is an entire category as well. Imagine a couple of ski instructors with a large group of folks. You typically have the ski instructor following behind, giving pointers, and then you stop and talk for more training. With Milo you can actually get the full training in real time, whether that’s snow sports, kite surfing, equestrian, mountain biking, or otherwise.”

As I started to grasp the full range of applications for the device, suddenly the $250 retail tag ($170 or less if backed through Kickstarter) made a lot more sense. “It’s almost a full blown cellphone,” Peter said. “It has a quad core processor, there are six microphones, an amplifier, a speaker, WIFI, Bluetooth, and everything is integrated into a small waterproof casing with a high-end battery. When you compare it to what some other people use instead such as a digital walkie-talkie or BCA radio, the difference is staggering. Push to talk simply isn’t doing it anymore. In the same way that GoPro came along and changed ‘handycam’ video recording devices, or Amazon Echo created the voice control speaker, we think Milo will create a whole new category.”

As of right now, Milo has gone through two pre-production runs with the manufacturer, and is on schedule to deliver the device to Kickstarter backers starting in December.