Thousands of Toys Washed Up on a German Beach; Kids Totally Psyched 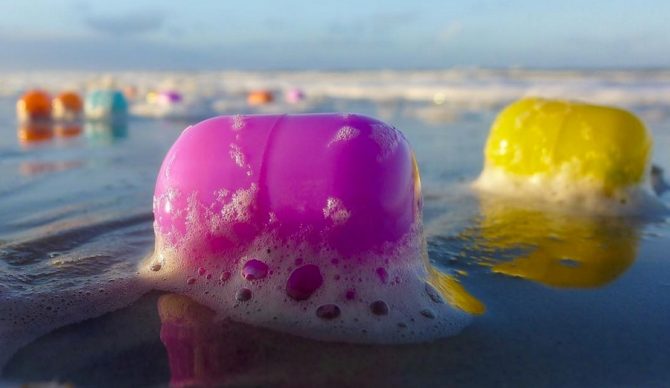 Thousands of these toys, found in Kinder Eggs, washed up on a beach on the German island of Langeoog Wednesday. Photo: karlasabineweber/Instagram

Remember when you were young and your parents’ response to your desire for a new toy was, “money doesn’t grow on trees?” Another way of saying toys aren’t free, right? Well on one German beach on the island of Langeoog, local children were delighted Wednesday when a storm resulted in thousands of toys being washed ashore, free for the taking.

The toys are the colorful capsules found in Kinder Surprise Eggs, the popular European candy, and house different types of toys.

According to DW, local media reports that a Reederei Maersk freighter was tossed around in Storm Axel, which caused widespread flooding and property damage on the German mainland, and lost several of its containers. One, in particular, was carrying tens of thousands of the plastic eggs.

In an effort to clean up the mess, Mayor Uwe Garrels told local kindergarteners to collect as many as they liked.

In addition to the eggs, plastic packaging materials also washed ashore on the beaches of Langeoog. Local efforts to clean up the beaches are currently underway.