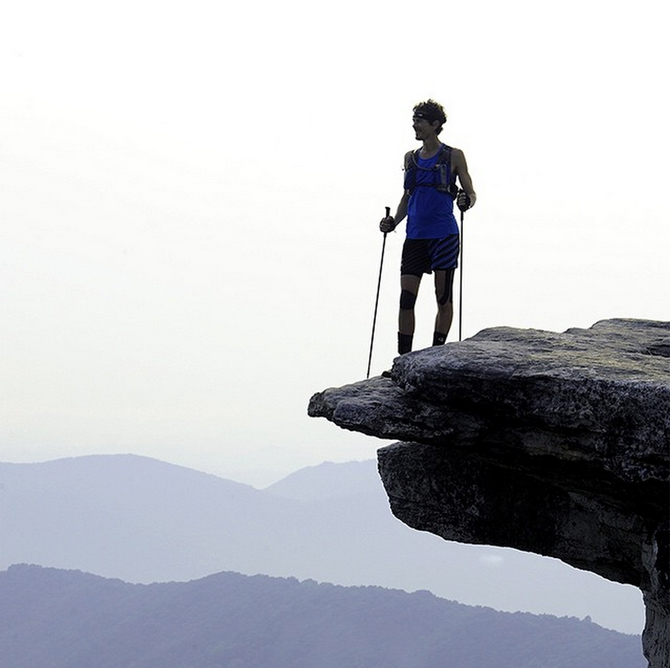 Contrary to all common sense or logic, it apparently is indeed possible. And not only possible, but Scott Jurek ran the 2,189 miles in a little over 46 days to prove it. Ultrarunners… amirite?

According to Runner’s World, Jurek broke the Appalachian Trail thru-hike record in rather spectacular fashion. The record was previously held by one Jennifer Pharr Davis, who ran the unconscionably long route in 46 days, 11 hours, and 20 minutes. Before we get in the nitty gritty of Jurek’s accomplishment, there is a fun fact about this and other ultrarunning records: it is tradition (as well as common courtesy) for those attempting to break said record to call the current record holder, meaning Davis had a good idea that this likeliest of attempts was coming.

Anyway, the magazine offered the deets to the insane feat: “At 2:03 p.m. ET on Sunday, ultramarathoner Scott Jurek crested the summit of Mount Katahdin in Maine, becoming the fastest person to finish a supported thru-hike on the Appalachian Trail. He completed the 2,189-mile journey in 46 days, 8 hours, and 7 minutes, breaking the previous record by just more than three hours.” 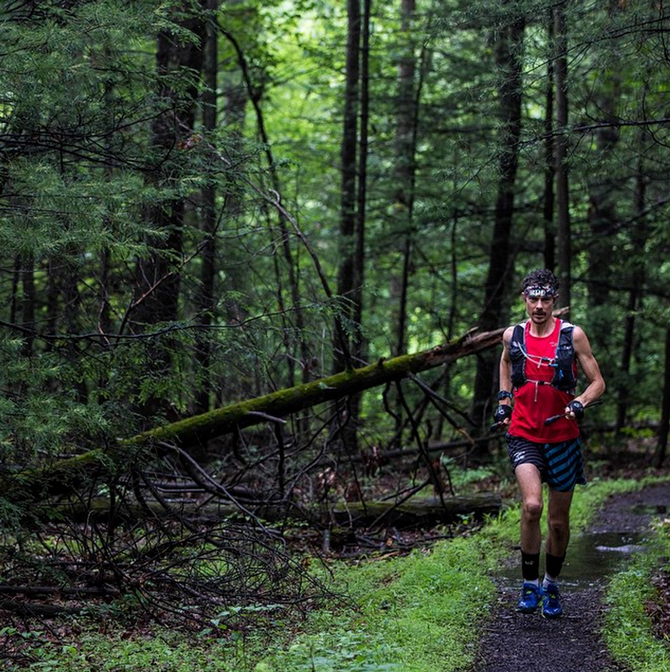 And don’t go thinking an ultrarunning record doesn’t have its fair share of dramatics.

The publication continues: “On his second day, Jurek, 41, told Runner’s World Newswire this would likely be his last competitive endurance challenge before retirement. ‘This is the summer before my wife and I want to have kids,’ he said. ‘I would say this is going to be my masterpiece.’

“The Appalachian Trail record caps one of the most decorated ultramarathoning careers in history. Jurek’s resume includes wins in nearly every prestigious ultra race in the country. Among them: seven consecutive Western States Endurance Runs, two Badwater Ultramarathons, the Hardrock Hundred Mile Endurance run, and a runner-up finish in the Leadville Trail 100.”

To make this tremendous mark, the vocal vegan fought through a knee injury (205 miles in) and severe quadricep strain (the following day), vaulting the legend to superhuman status. But this attempt was more than a mere (rather impressive) number for the books; he intended for the journey to inspire the community surrounding him, constantly updating both Facebook and Twitter along the way.

The last update? From the finish line of course. 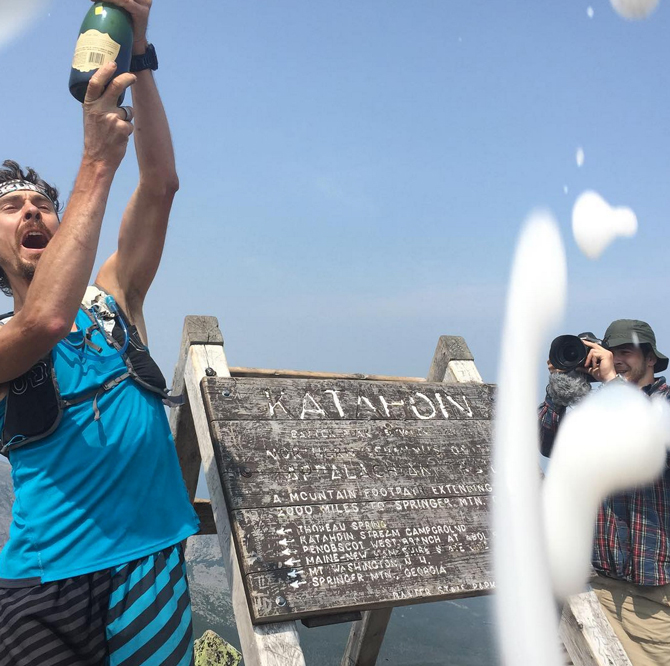 While we hope the good times and celebratory champagne flow for days, this record may be temporary. Karl “Speedgoat” Meltzer, a friend of Jurek who ran in support this trip (seen below), is going to give it his own go next summer. 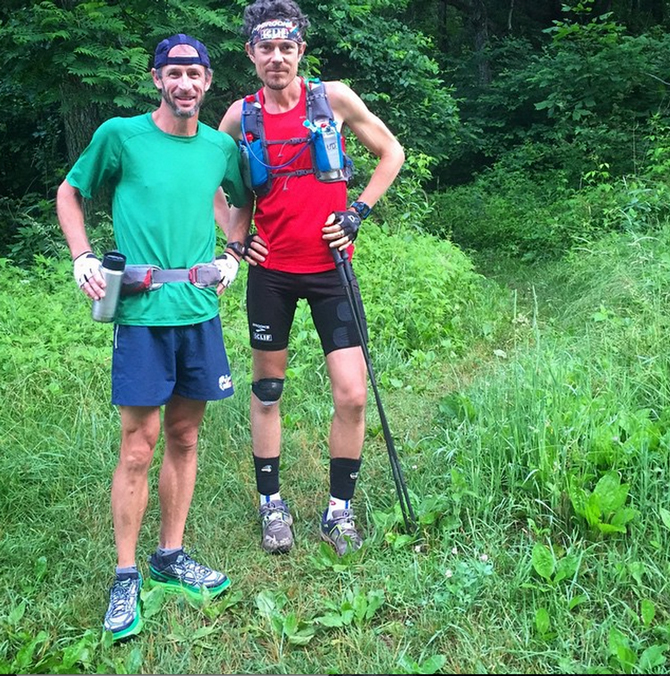