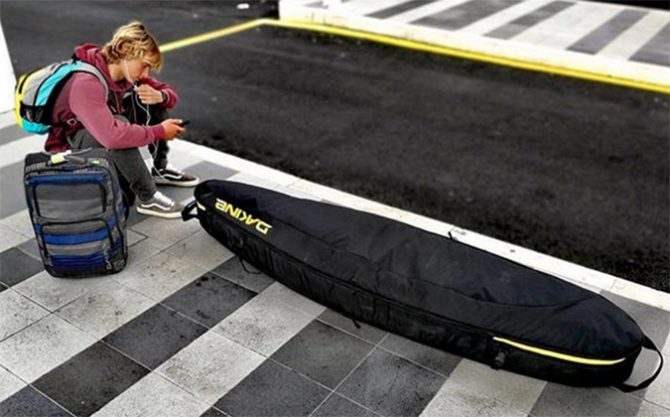 Fees will no longer get you down. Photo: Dakine

California made surfing its state sport. And United Airlines has officially gotten on board, eliminating the $150-200 excessive baggage fees applied when checking in surfboards. According to the airline, people can now travel with a SUP, surfboard or wakeboard by simply paying the normal $25-30 checked bag fee, a huge win for those into surf travel. Can we get a Hallelujah?!

“California made it official: surfing is our state sport. We want to make it easier for customers to surf our beautiful beaches, whether they’re visiting or call the Golden State home,” said Janet Lamkin, United’s president for California (seemingly unaware of the lineup overcrowding problem currently befalling the state–but we digress). Cheap surfboard checks to Costa Rico and Indo, Y’all! “This partnership (also) continues our commitment to the environment by supporting an organization like Sustainable Surf, which helps keep our beaches beautiful,” Lamkin added.