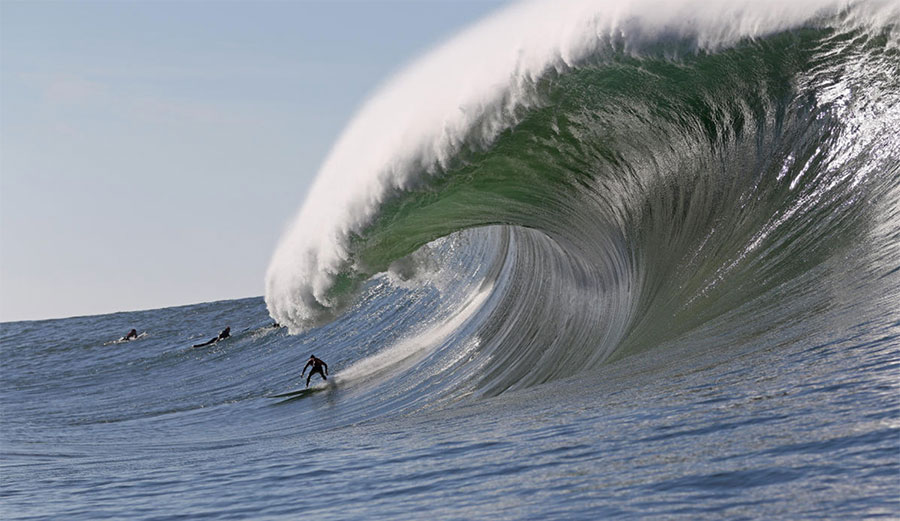 The text of the legislation highlights the state of California’s contributions to surf history and culture, the state’s immense coastline peppered with world-famous waves from Trestles to Maverick’s to Rincon, and the role of the state as the center of the surf industry – particularly surfboard building.

The bill (now law) also promotes the state of California as a leader in the push for a more sustainable future. “California’s surfing culture is taking a national and global leadership role in promoting sustainability as a core value, while also placing a high value on environmental protection and stewardship, in order to preserve the ocean, waves, coastline, and wildlife that make the state such a unique place to surf, live, and visit,” reads the bill.

“Thanks to Governor Jerry Brown who has signed my Assembly Bill (AB) 1782 making surfing California’s official state sport!” wrote Muratsuchi in a Facebook post on Monday. “Surfing in California has a rich history and culture. It attracts people from all around the world and generates over $6b in annual retail sales for the state!”

In addition to acknowledging surfing’s Polynesian roots, the bill also makes mention of the relationship between indigenous Californians and surfing. “It is important to remember that California’s coastline… is also the ancestral homeland to indigenous peoples like the Chumash in Malibu, known as ‘Humaliwu’ in the Chumash language, and Rincon, the Acjachemen in Trestles, known as ‘Panhe’ in the Acjachemen language, the Amah Mutsun in Steamer Lane, the Ohlone in Mavericks, and the Acjachemen and Tongva shared territory in Huntington Beach, known as ‘Lukupangma’ in the Tongva and Acjachemen language. These indigenous people continue to live in these ancestral homelands today and have embraced the sport of surfing in these areas.”

The bill goes on: “It is important to acknowledge that the Acjachemen were instrumental in saving Trestles from potential destruction by a proposed toll road in 2008, due to Panhe’s recognition as an ancient Acjachemen village site by the California Coastal Commission.”

According to Michael Stewart, co-founder of the non-profit Sustainable Surf who helped craft the official language of the bill, Assemblyman Muratsuchi approached him last year with the idea, he was immediately onboard with a few caveats.

#Signed, Sealed & Delivered: proud to announce that our efforts to help create & pass CA Assembly Bill #1782 (which designates #Surfing as the official state sport of California) – just got signed into #Law by Governor Jerry Brown at the capitol earlier today! 🖊 — Big thanks to CA assembly members @asmmuratsuchi & Majority Leader @ianccalderon for introducing the Bill this January, and inviting us to participate as supporters to help shape the Bill’s official language – to ensure that #Conservation and #Sustainability and #Innovation were embedded as core concepts. —- Huge shout out to our all-star cast of #ECOBOARDproject partners that helped us create a commemorative, homegrown surfboard from more ocean-friendly products – that were #Invented and produced right here in the #GoldenState. — Honored to have this custom Gold level certified @cisurfboards ECOBOARD shaped by #BrittMerrick (Santa Barbara) from a recycled EPS core made by @markofoamblanks (Irvine) – and glassed by @earthtechnologies (Torrence) with #Gold Level certified plant-based epoxy resin from @entropyresins (Hayward). And we can’t forget the recycled fishnet/carbon Alpha fins by @futuresfins (Huntington Beach), made from #NetPlus material by @bureo (Ventura) 🏄‍♂️ — Stoked to commission artist Kevin Mirsky @single_fin_theory (Mill Valley) to create original artwork for the board, that was printed directly on fiberglass by @boardlams (Costa Mesa) – which incorporates lyrics from California’s official state #Song paying respect to the #GrandOldOcean that embraces her 1,100 mile-long #RuggedShore 🌊 — More info to follow soon — but swipe Left for the backstory photos , including a video of us just outside the Governor’s office 🎥 —- #DeepBlueLife

“We said yes, on the condition that the official bill language had to include messaging about how: surfing first came to California from Hawaii as an import, and that surfing’s original home had to be recognized, how California had been driving innovations in technology since its arrival from Hawaii (including surf forecasting), that California-based surfboard brands are now driving sustainable production practices that are having impact globally, that surfing around clean beaches/water has had a very positive economic benefit to California, and perhaps most importantly that conservation of our ocean resources is a core value within surfing culture, and that that aligns with the environmental goals of the State,” Stewart told The Inertia in an email.

Since the bill’s introduction, Sustainable Surf has been instrumental in mobilizing support – from organizing events to testifying in Sacramento.

California is now the second state in the United States to lay claim to surfing since Hawaii did so in 1998.