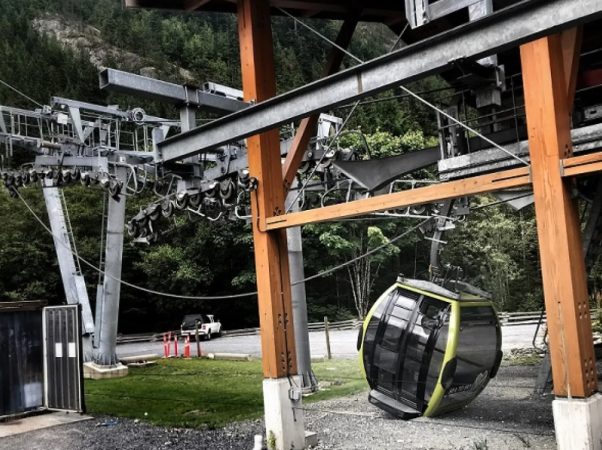 The Sea-to-Sky Gondola has been a major tourist attraction for the Squamish area near Vancouver since it was completed in 2014, carrying 400,000 visitors a year from sea level to an elevation of 885 meters or about 3,000 feet. Once up there, they can enjoy the scenic views, go hiking, and even go backcountry skiing/boarding when the conditions permit.

But now, for the second year in a row, it’s had its cable severed, sending gondola cars crashing to the ground. The last time, 30 gondola cars were ruined, causing $5-10 million CAD in damage, and the culprit was never apprehended. That was August 10, 2019, and according to reports, the insurance claim from that incident is still being processed.

And now Sea-to-Sky has a second disaster to deal with before the ink is dry on that claim. Both incidents of vandalism occurred in the middle of the night and were done by someone with “no regard for their own life and limb. They wanted to do what they did, they did it swiftly, they did it with skill,” said Kirby Brown, the general manager of the gondola. The line is two-kilometers long in either direction and made up of six steel cables twisted together for strength, lending doubt to the idea that a simple pair of wire cutters or even bolt cutters would do the job, and attesting to the skill and determination of the vandal(s). 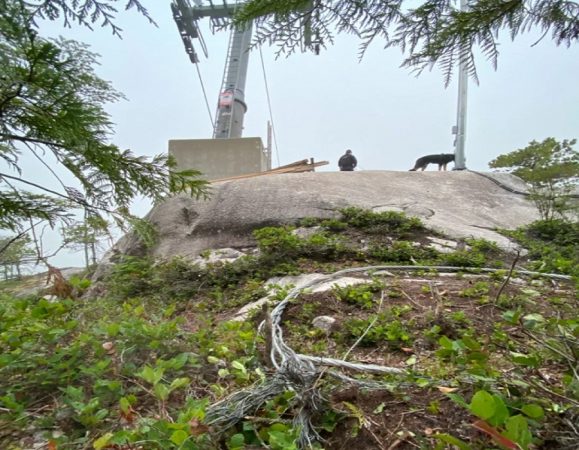 A mountie stands with a police dog near the severed cable. Photo: RCMP

When the gondola was originally constructed, it was not without controversy. In 2012, the Vancouver Observer reported that there was a significant amount of opposition within the Squamish community, the more outspoken critics suggesting that a cash-strapped provincial government was putting beloved public parks up for sale without due process and input from the community. One has to wonder if such dissatisfaction with the project has been brewing beneath the surface since, culminating in the acts of vandalism the past two summers.