You Could Literally Get Away With Murder in This Wilderness Area 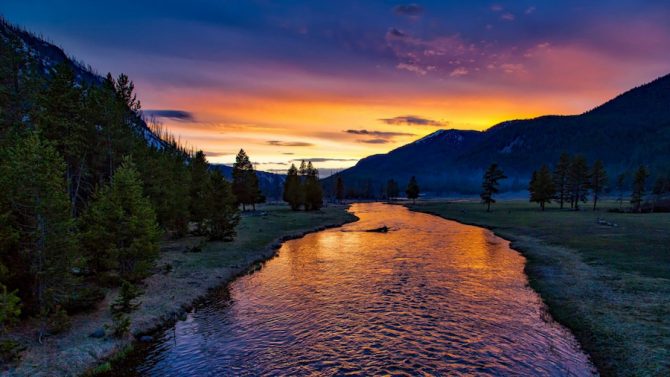 In one of the strangest legal anomalies ever, there’s a 50-square-mile parcel of Yellowstone National Park that’s federally lawless. Tucked away in extreme eastern Idaho along the Montana border, federal jurisdiction does not apply there.

According to Georgetown Law Journal article “The Perfect Crime,” one can commit felonies “with impunity” in the narrow tract. That’s because a poorly-written law and a clear but overlooked constitutional provision created a singular situation there that some lawmakers called a loophole.

The area’s nickname is the “zone of death,” and it’s popular with hardy, adventurous backpackers and people who like to get away from, well, people. 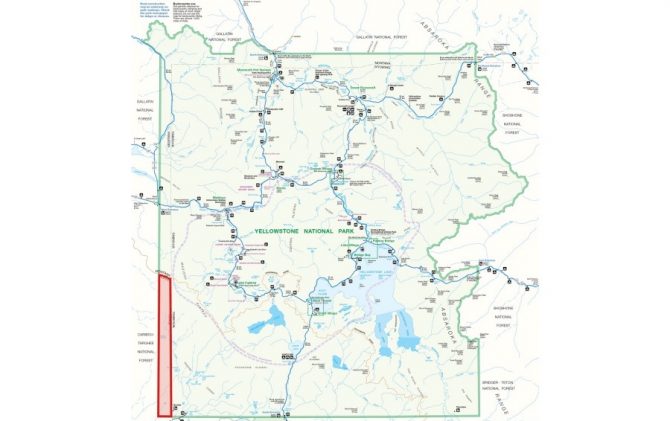 Representative Colin Nash, D-Boise, brought the “lawless” issue before the Idaho state legislature in February. Soon the measure cleared both chambers and became the policy of the state. After that, it moved on to Idaho’s U.S. Congressional delegation.

And that’s where it still sits. As of now, you could still benefit from buying a plane ticket to eastern Idaho if you wanted to engage in felonious behavior.

The issue originally stemmed from the fact that nobody lived in the area. That was true as of the 2020 census, according to the Idaho Capital Sun. The total dearth of federally-recognized population became a problem if a criminal defendant accused of, for instance, a murder or kidnapping in that precise area evoked their Sixth Amendment rights.

The Sixth Amendment’s Vicinage Clause states, roughly, that a jury must try a defendant in a federal crime inside the jurisdiction where the crime took place. But if you don’t have a population, you can’t appoint a jury.

“So under the legal theory, if there is no one that lives in that state and district in this 50-square-mile swath of Yellowstone Park, there would be no constitutionally legitimate jury to be seated so that person could be tried,” Nash told members of the Idaho House Judiciary, Rules and Administration Committee on Feb. 3.

He added that the purpose of the measure, House Joint Memorial 3, was to “fix this legal loophole that exists, put this 50-square-mile section of Yellowstone National Park into the federal judicial district of the state of Idaho so that we maintain jurisdiction and can seat a constitutionally legitimate jury to try people who may commit crimes in that swath of Yellowstone Park.”

Nash said at the Idaho legislative session in February that to his knowledge, no crimes had occurred in the area and gone un-prosecuted. However, that doesn’t mean it’s never happened. And, notably, Idaho state jurisdiction has always applied there (so it’s not completely lawless).

The bill passed relatively swiftly through the Idaho legislature. Whether or not Congress will take it seriously is still up in the air, but six months of silence does not bode well for any piece of potential legislation. For now, the “zone of death” remains exactly that.