Dear Volkswagen: Bring the ‘California’ to the U.S.; We Need More Van Options 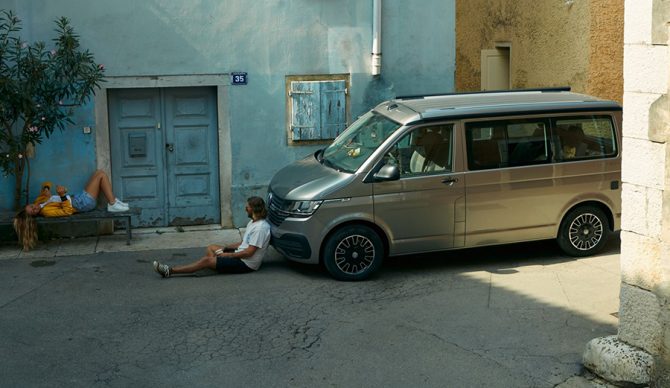 Compact enough for the streets of Europe, we need smaller options here in the States. Photo: Volkswagen

Yes, Herr Volkswagen, you’ve had your hiccups in the States over various reprehensible transgressions (see the Clean Air Act), and while I don’t particularly forgive or forget them, we’re hungry enough for fine camper vans such as yours that we’re willing to overlook them.

I’ve pleaded with you before, elsewhere on the worldwide web, and while that came to no avail, it’s been a few years. This summer, Mr. Volkswagen, I bopped around Europe aboard your “California” in all its pulchritudinous yet practical splendor — oh, to have a less-than-imposing camper available sans neon swirls. Undetected, I parked roadside, directly next to Basque-country surf breaks. I squeezed into low-clearance parking garages in large cities like Paris and Marseilles, where finding street-side parking for even a modestly sized camper van such as yours is a dubious prospect. I crept through the narrow, serpentine streets of the Ligurian coast, unimpeded, where even a smaller U.S. camper would have no business.

And so I realize, on behalf of my fellow North American constituents, that it’s high time I try again, especially considering the very name of the rig. California? Really? How dare you. Surely, you’re taunting us, Mr. VW?

The U.S. market is being dominated by your competitor, Mercedes, with its rather giant Sprinter vans. Ford is also doing its best, but they’re still large, and well, they just don’t do it like the Germans. We crave adventure here in the States, from shredding mountains, to carving seas, and quite frankly, we need a place to rest our heads while doing so. People are willing to invest in quality of life and this country needs more modern, more compact options that meet safety and environmental standards, while also being, well, rad.

But this is capitalism, and Mr. VW, you must be asking yourself, “What’s in it for me?” While it may have been a while since you’ve introduced anything new in the states, recall that your last vehicle issued here, the Eurovan, which sold well enough, was also heartlessly discontinued in 2003. 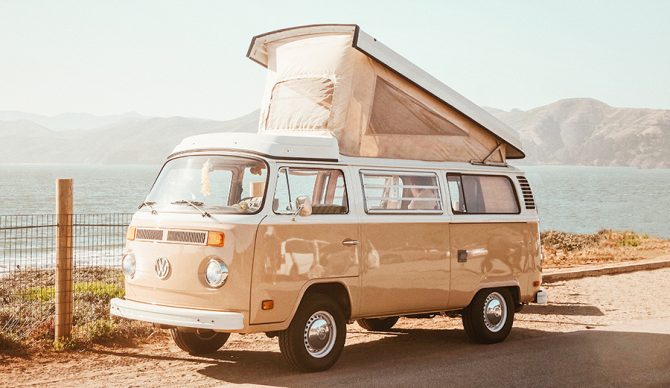 Nothing against a classic, but we need newer, safer options. Photo: Caleb George//Unsplash

In the meantime, there’s been this whole #vanlife movement, of which I imagine you’ve been made aware, but I can only speculate. In essence, it has made it cool to live in a van down by the river, perhaps once and for all.

And lest we forget the pesky little pandemic we have on our hands. Two years on, countless offices remain vacant and droves of millennials continue to reinvent themselves as digital vagabonds by hurtling toward the open road. Speaking from the heart of it all in New York City, we’re just about clawing over one another in competition for anything that will roll. But hey, don’t just take it from little old me: global research conglomerate Ipsos projects a 33.8 percent increase in recreational vehicle ownership in the United States in 2021 — a 33.8 percent increase over 2020, which was already a record year in its own right.

Surely, some sizable percentage of those 500,000-plus new recreational-vehicle owners would have steered clear of the ubiquitous and patently American fifth-wheel colossi and exorbitant after-market customizations from the likes of Sportsmobile and Roadtrek in favor of your more economical and clandestine California, were it within reach.

Now, while the all-wheel drive and two-liter diesel engine are nothing to scoff at with their lackluster availability here in the States, I have but one contingency (and I know beggars can’t be choosers). It’s a slight alteration, which you must (and certainly can) meet: make it a 4×4. A camper, at least in the U.S., just isn’t a camper without it. Otherwise, we’re relegated to the pedestrian-friendly campgrounds of the masses, satellite-tv hookups and all, something manifestly antithetical to the adventure junkie to whom you so devoutly cater.

Wouldn’t it feel good to see your image freshened up a little bit over here in the Western Hemisphere? Illustrious as your decades-old Vanagons and Westfalias are, and as handsomely as we continue to pay for those relics, the majority of those left are airbag-less, rust-ridden death traps. Are we not, at the very least, worth these basic safety considerations?

So how about it, Volkswagen? Because, after all, if you don’t do it, somebody else will. No, it won’t be a Volkswagen, but it will be the next best thing, and our country seems all too willing to settle for what’s available.