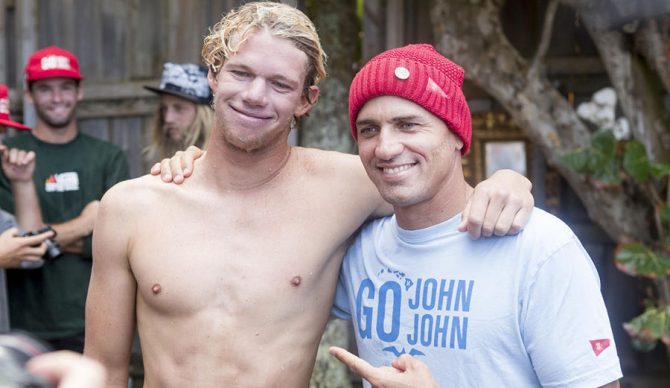 One of the most underscored rivalries of our time? It’s been decided out of the water lately. Photo: Cestari/WSL

It’s safe to say that absolutely no one could have predicted this turn of events after 2019’s drama, when John John Florence held off Kelly Slater at Pipeline to complete his Olympic qualification. You may recall that Florence sat out most of the year with an ACL injury but had started hot enough to still be one of the top two ranked Americans on the CT when the season neared its completion (a prerequisite for qualification). It was a done deal: he and Kolohe Andino would represent the Stars and Stripes in Japan.

“But Kelly Slater is the greatest surfer of all time,” yelled the minions from the tops of their keyboards. “He deserves to be in the first Olympiad!” Nope and nope. Rules are rules and the most famous shiny-headed surfer alive was out, despite still easily being one of the top 10 surfers in the world….at 47?

But then COVID happened. The WSL took 2020 off. Instagram was stuffed with images of our favorite surfers getting healthy, “staying safe,” doing too many burpees on too many living room floors. They were supposed to be ready for 2021, the new Olympic year, and surfing’s most visible event. Ever.

But what happened? Kolohe pulled out of the Australian leg of the tour with a high ankle sprain and John John went under the knife again after hurting his knee at Margaret River.  Another ACL repair, this time to his left leg. Now that American mens’ Olympic roster spot we all thought was safe is much less of a sure thing than any non-Tarot card carrying human could have ever predicted. So apologies to Teahupoo, one of my favorite surf events, and the upcoming WSL Championships at Lower Trestles. Exactly who will fill out the men’s Olympic surf roster is the most compelling event of the summer. And it’s not even close.

We reached out to all parties involved, but a piece in the Mercury News today (the pride of San Jose) brought up a few interesting factoids. According to Greg Cruse of USA Surfing, the final roster must be set by July 24.  “John John at 70 percent could still medal,” Cruse told the paper. “I want him to make the best decision for him.” 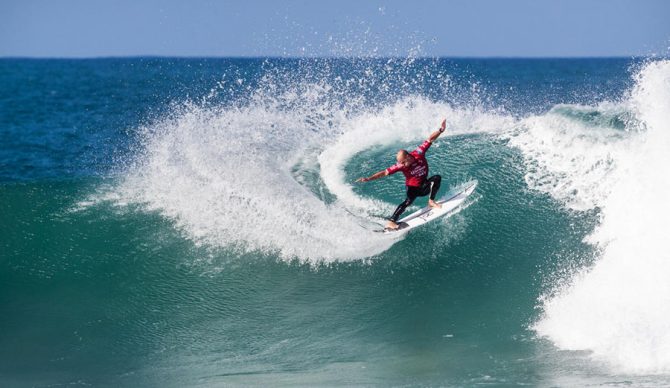 Kelly at one of his favorites, J-Bay, a place that caused one of the most significant injuries his career. Photo: WSL

Cruse also expects Kolohe Andino to be fully healthy for the start of the Games next month. So that leaves Kelly and John John, Part II. Once again, the dual between the mentor-ish and young rival will be mostly decided out of the water. And the focus again turns to John John’s body and how quickly it can recover from surgery. Is two or three months really enough? For his part, Kelly laid down some casually passive aggressive quotes to spice things up. “Not to minimalize [sic] it, it is more for kids in the future,” Slater said of our “niche” pastime entering the Olympic fray. That quote sounds as if Kelly could care less about competing there. Something tells me that is false.

“I don’t want to make it that way,” Slater said of being an alternate for John John. “But if that is what it is, I’ll take my spot.”

The 11-time world champ is definitely keeping tabs on JJF’s rehab process. He told that paper that he saw John John paddling a prone paddleboard on the North Shore last week with his injured knee wrapped tightly in a protective brace. According to Kelly, he was barely moving it. “It makes me think he is in pain or really, really protecting it just to be careful,” he said, adding that surfing in crappy Japanese beach break could only exacerbate the injury. 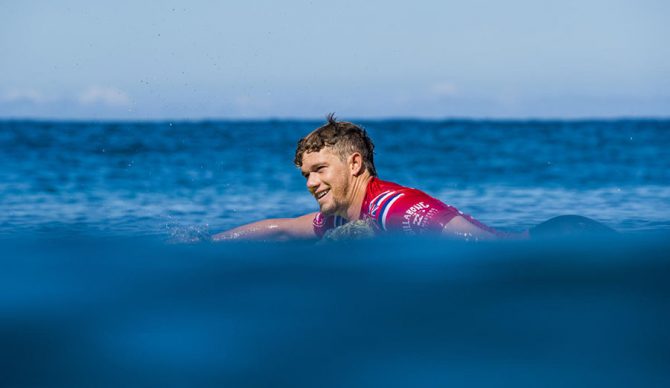 Most would love to see John John at full strength for the Olympics. He tells us he’s 100 percent in. We’ll believe it at the opening ceremonies. Photo: WSL

He’s definitely put some thought into this. JJF has played his usual silent game. No talkie. Only walkie the walk, which, if what Kelly says is true, is probably pretty labored at the moment. But John John did tell us today through his reps that he 100 percent expects to compete at the Olympics. (“He’s doing really well, continuing the PT and back on his Peloton,” his people told us.) Despite that assurance, I feel like it’ll be a last-second call. I’ve doubted John John before when I wrote that it’d be hard to believe he could recover in three months to make it back for Pipeline after ACL surgery. I was wrong. So this could happen. But all John John had to do at Pipe was set a line and go straight. To make an impact in Japan, he’s going to need everything in his very deep bag of tricks. Which, after what he’s been through, might not be very deep at the moment.

No one can blame the GOAT for wanting to surf in the Olympics. It’s an unreal opportunity that, unfortunately for Mr. Slater, came about too late in his career. But there’s still a chance, as one of the great, underscored rivalries in surfing continues between Slater and JJF. Unfortunately lately, we’ve had to watch it play out on land  too much as Florence’s rehab has been more the focus. As we move towards that July 24 roster deadline, it’ll make for the most compelling  surf drama of the summer.