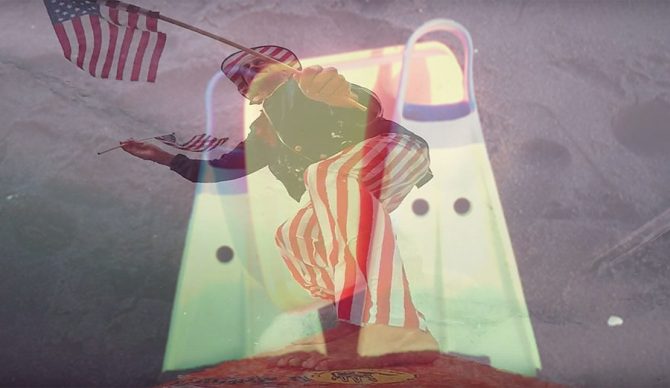 What does the passing of Labor Day Weekend mean to me? First, it is that joyous time of year when the rug rats and juvenile delinquents are herded off our beaches and packed back into mind controlling classrooms. Second, every fourth year the Labor Day Holiday signals the final stretch of what has become America’s uncomfortably numbing Presidential election race.

Once again, this post Labor Day week brought with it the reminder that the race for America’s Commander & Chief is coming to an end. It all started with Hillary Clinton unveiling her team’s new Boeing 737. This flying machine is set to log thousands of air miles over the final two months of the political struggle; criss-crossing battleground states where Mrs. Clinton will seek out every possible undeclared vote. The former Madam Secretary’s airplane may not be as posh as Trump’s gold gilded jet, but it’s been sprayed with a fresh coat of paint, branded with an “H” on the tail and has plenty of room for her liberal media friends.

Donald Trump is also logging many flights of fancy while preaching his racists ideology to Make America Great Again, yet his flight lists only include campaign staff, Trump VIPs and former Slovenian models. The Donald’s beloved, though often labeled dishonest media followers are left to fend for themselves. Yes, even the tongue-tie and twist members of Fox News have to wrangle their own transportation. Yet, as surfers, none of this political theater matters. What matters to us is surf. Plain and simple… Surf… and those elements that generate the right, salty conditions: swells, tides, storms, winds, cheeky bikinis, buoy reports, weather reports. Yes, all the important stuff.

So, it was not until this week when Clinton christened her new plane that I began to pay attention to the important details surrounding this hideous race. Yes, this surf junkie decided to get political and was stoked to come across press corp tweets that documented journalists lobbing oranges at Clinton’s staff; all while flying the friendly skies. This was hardly a full on food fight, but rather an attempt to get Clinton to answer a vexing question, “Who would she rather have dinner with – Trump or Putin?” 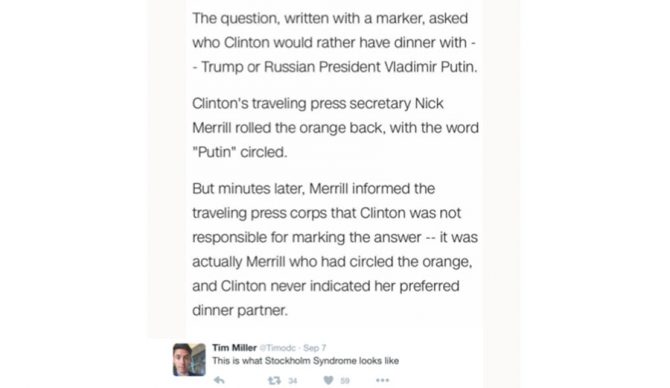 Now why would this high school-ish prank jack me up? Because, as an astute political slider, I know we are just a few small mini-bottles of vodka away from members of our national press corp not only lobbing more fruit, but also restoring a time honored journalistic tradition: Tray surfing the skies. Many of us coastal voters have experienced the purest form of tray surfing; beginning with “borrowing” of a fast food restaurant tray (my personal favorite, Del Taco) and using it to body womp our favorite shore break. Whenever the waves are small or I crave another type of aquatic diversion, tray surfing has always brought me much needed relief.

It has to be overwhelmingly mind-numbing to be stuck on an endless campaign trail. It’s sort like our existence after a swells dies and the ocean goes flat, sometimes for weeks on end. These same kind of waveless, bummer feelings must afflict our nation’s political press corp. Besides their alcoholic nightcaps and fact-checking-extra-marital-affairs, these media types need distraction from the endless email scandals or Trump’s calls for walls to be built around banned muslims that Mexico’s cartels will pay for. These guys need to drown their partisan blues away by tray surfing their asses off. 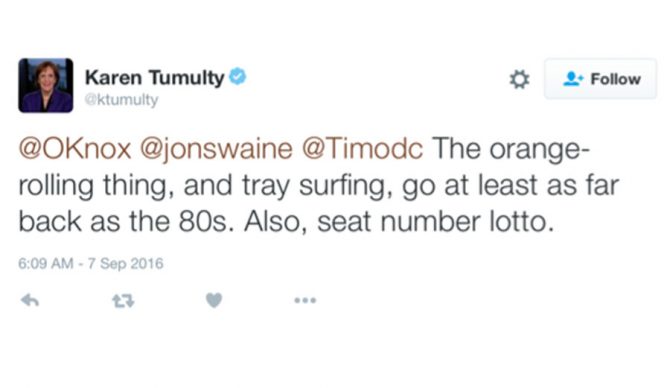 However, these clever journalists are mostly land locked, filing reports from rally to rally, chasing vehicle after vehicle then ending their days on planes where trays and alcohol are waiting in vast amounts. Flight crews attempt to keep them safe, instructing them how to operate their seat belts, pointing out all the aircraft’s exits and informing passengers that their seat cushions can be used as a flotation device in the event of a water landing (a total misnomer). And much to the demise of these flight crews, a few of these frustrated reporters, writers and cable news correspondents view takeoff as their “Great Gig In The Sky.” For them, the moments after the plane ends it’s taxi and begins to thrust forward for take-off is their point of no return. These adventurous journalists quickly unbuckle themselves and jump into the aisle; mounting their serving trays. Either standing or sitting upon their plastic planing hulls, they slide down the carpeted walkway, reaching rug burning speeds as the aircraft races into the sky. Old stories of historic moments like these have been shared by many a Washington D.C. intoxicated journalist. Their screams of exaltation relived and remembered fondly with cloudy hoots of seat cushioned cohorts.

As of yet, this campaign has produced no press corp tray surfing video. However, it is just a matter of time; ticking away. All before one of these political pundits decides to shine by riding the steel breeze.
It will be then, and only then, that I will pledge my vote, to either Bill’s wife or Melania’s sugar daddy.

For my vote goes to the first camp that Tray Surfs our political skies.