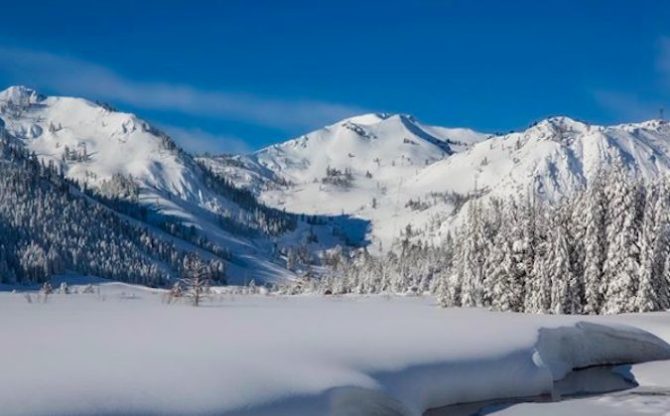 Olympic Valley? The long-standing name may be the next moniker for the iconic resort. Photo: Alpine Meadows Resort

Historic Squaw Valley Resort, home of the 1960 Winter Olympics, will remove the racial slur from its name, one of the latest businesses and organizations to make such changes in what has been a national movement to account for America’s racist past and present. In a public news release on Facebook and its website, the resort announced, “After extensive historical research, consultation with Native American groups (including the local Washoe tribe), and outreach to our local and wider community, we have decided it is time to drop the derogatory and offensive term ‘squaw’ from our resort’s name.” The word “squaw” is a racist and sexist term for a Native American woman.

The change will be implemented after the 2020-2021 winter season ends. Names of brands, sports teams and other organizations offensive to Native American or indigenous communities have come under particular scrutiny of late, with the Washington Redskins announcing they will go by the Washington Football Team this season as the club decides on a new mascot and the Cleveland Indians have indicated a similar change is imminent.

In an open letter, Ron Cohen, President and COO stated, “It’s time for our resort to move away from having our identity represented by a term that is deeply rooted in an offensive, demeaning and often violent history,” but wanted to emphasize that “the founders of our resort had no intentions of causing offense in choosing this name for the resort, nor have any of our patrons who have spoken this word over the last seven decades.”

No official word has been given on what the name will be changed to, but in 1960 the name of the valley itself (distinct from the ski resort) changed from Squaw Valley — which it had borne since white settlers arrived in the mid 1800’s — to Olympic Valley, in honor of the Olympic games that would be hosted there that year.

In any case the name change will be a massive upheaval, as many other businesses in the area rely on the word ‘squaw’ for their business name and will undoubtedly come under pressure to change the moniker. SFGate reports that the Squaw Valley Public Service District is already considering changing its name to Olympic Valley Public Service District, and a proposal is in the works to change the name of local landmarks such as Squaw Creek and Squaw Peak.