Clinton Outlines Policy on Coasts, Oceans in Response to Letter from 115 Ocean Leaders 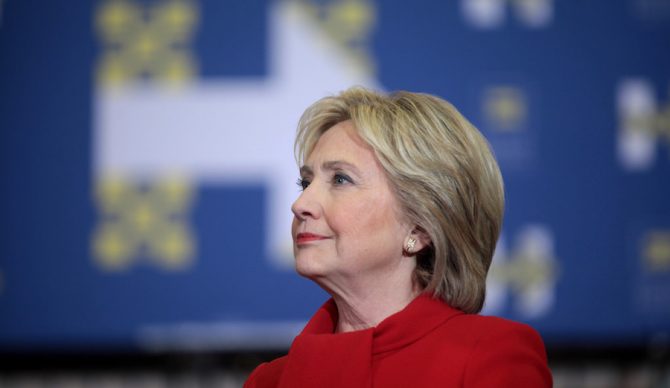 Like it or not, surfers are stakeholders. A group of people with skin in the game regarding the health of our oceans. That manifests itself differently for everyone. Some just want to rest assured they can have fun in the water every once in a while without getting sick or dying. Others use it as a springboard to become a full fledged environmentalist, fighting to minimize global reliance on plastics, and otherwise reduce pollution.

But regardless of where surfers fall individually along the spectrum, government policy toward oceans and coastlines matters collectively to the surfing population.

U.S. presidential candidates have spoken at length about issues ranging from gun control to immigration, but a contingent of “ocean leaders” felt details about how each candidate would address oceanic and maritime issues were underrepresented. That’s why the group of 115, made up of  CEOs of seafood companies and other businesses, directors of major science labs, aquariums and diver organizations, well-known ocean explorers, authors, artists, ocean conservationists, members of Congress and former heads of the EPA and NOAA, collectively addressed both Hillary Clinton and Donald Trump in a two-page letter.

In it, the group asks pointed questions about how each candidate would address the future of our oceans and Great Lakes if elected president. On August 27, Clinton responded with a two page letter of her own. Donald Trump’s campaign has yet to respond. Below is the text of Clinton’s letter in its entirety:

Thank you for writing with your ideas regarding the future of our oceans and coasts. Our nation and the world depend on a resilient, sustainable, and healthy ocean ecosystem; like you, I believe the time has come to ensure the future vitality of our oceans by building a new, innovative, and sustainable ‘blue economy.’

About 40 percent of the U.S. population lives in coastal counties that contribute to the “blue economy,” supporting industries from centuries-old commercial fisheries to nascent marine biotechnology research and development. Yet, our oceans and Great Lakes are under increasingly acute stress. Climate change, pollution, over-development, overfishing, and other stressors are taking a massive toll. In many regions, the cumulative impacts of these stresses are changing entire ecosystems. Just this year, we have seen massive, unprecedented coral bleaching in the Great Barrier Reef, toxic algal blooms off the Florida coast, and ocean warming as a result of carbon pollution is increasing the prevalence of bacteria that can be deadly to humans and fish in the North Atlantic.

As President of the United States, I will work to redouble national and global efforts to boost the “blue economy,” creating jobs and opportunity in industries that restore and protect the health and vitality of our oceans. That includes supporting the sustainable, science-based management of our nation’s fisheries, while ensuring fishermen have a seat at the table and a stake in their future; continuing to integrate smart planning methods to harmonize maritime trades; and supporting investments that help coastal communities adapt to the realities of climate change.

Of course, nearly two-thirds of the world’s ocean remains beyond the jurisdiction of any individual nation. The most remote areas of our planet, valuable and unique ocean habitats, face threats and challenges that America cannot solve alone. As Secretary of State, I saw firsthand how America’s status as one of just a handful of nations that has not yet ratified the United Nations Convention on the Law of the Sea undermines our ability to challenge other nations’ unsustainable actions.

In particular, illegal, unreported, and unregulated fishing activity, seafood fraud, and even instances of human trafficking and slave labor in the seafood supply chain are crimes that undercut hardworking American fishermen. Congress sent a strong signal last year that such action will no longer be tolerated by passing the Port State Measures Agreement, and President Obama has taken regulatory action to ensure Americans can have greater certainty that their seafood is safe, sustainable, and properly identified. We need to go further by expanding U.S. seafood traceability programs and implementing a warning system to alert people and countries of illegal fishing practices.

One thing is clear: we can no longer support a business-as-usual approach to our oceans and Great Lakes. I firmly believe that American innovation can move the world to a new era of understanding of our oceans, creating jobs and opportunity while protecting and restoring the vitality of one of our most treasured natural resources.

With best regards, I am